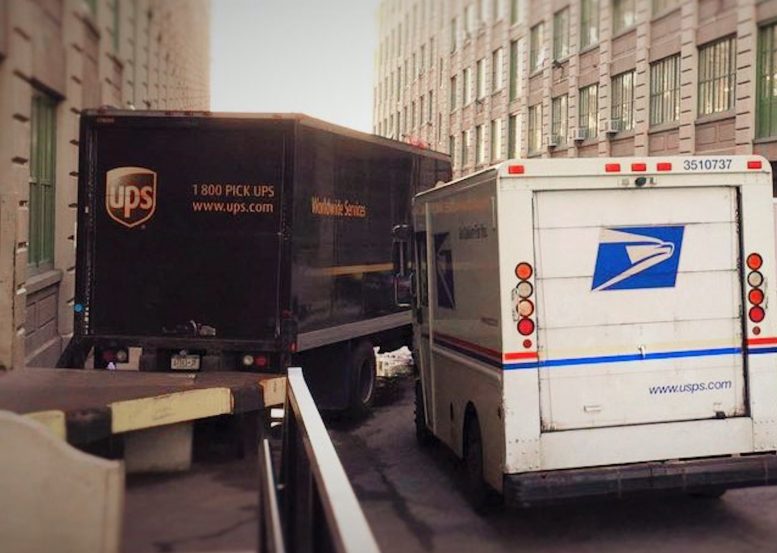 In May a three-member panel of the D.C. Circuit Court of Appeals denied an appeal by the United Parcel Service challenging a ruling by the Postal Regulatory Commission concerning how the Postal Service determines the costs of its products.  On July 6, UPS requested a rehearing en banc, meaning that it asked the full D.C. Circuit, which currently has eleven active judges, to reconsider the panel’s decision.

On July 27, the Court rejected the request for a rehearing.  Such requests are rarely granted, so the ruling was not much of a surprise, and it passed by without much notice.  But it was referenced yesterday in a footnote to PRC Order No. 4742, which concerns another costing issue raised by UPS.

The Court’s order provides no explanation why reconsideration was not warranted.  The order simply says, “Upon consideration of petitioner’s petition for rehearing en banc, and the absence of a request by any member of the court for a vote, it is ordered that the petition be denied. Per Curiam.”

“Per curiam” (by the court) refers to a ruling issued collectively by a majority of a court, typically unanimously.  In this case, none of the judges requested a vote.  That’s not uncommon, and it’s one of the possible outcomes of a request for a rehearing described in the D.C. Circuit’s Handbook of Practice.  Nothing much should be read into it concerning the merits of the case on further appeal.

The order lists the names of the eleven active judges on the Court before whom the case was presented.  A note indicates that “Chief Judge Garland and Circuit Judge Kavanaugh did not participate in this matter.”  Kavanaugh probably didn’t participate because he’s been nominated to the U.S. Supreme Court; it’s not clear why Garland didn’t.

The case involves the UPS claim that the Postal Service’s market-dominant products (letters and flats) are cross-subsidizing its competitive products (parcels), so USPS is unfairly competing with private carriers like UPS and FedEx.

More technically, UPS argues that “inframarginal costs” currently classified as “institutional costs” (common costs) should be reclassified as “variable costs” and attributed to individual products.  The effect would be to increase the share of costs incurred delivering parcels, which would lead to higher USPS rates and allow UPS to raise its rates and/or gain market share.

Now that the request for a rehearing has been denied, there’s only one court higher than the D.C. Circuit Court to which UPS can appeal — the U.S. Supreme Court. UPS has 90 days to petition for a writ of certiorari asking the Court to hear the case.  It’s likely that UPS will file the writ, but as to whether SCOTUS will decide to hear the case, who knows?.  If the case gets heard, it will probably be because it raises important issues involving Chevron deference.

For more about what might happen and what’s at stake, see this earlier post about the Court’s rejection of the appeal and this post about UPS request for a rehearing.