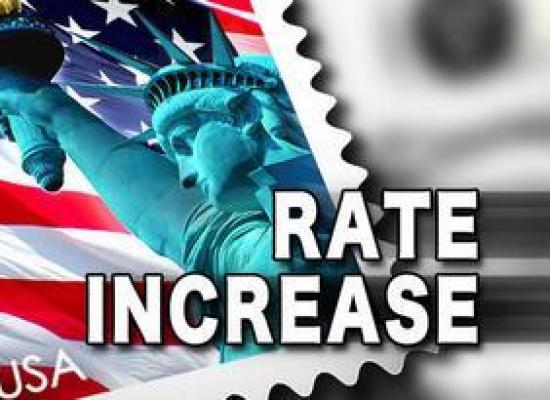 Yesterday the Postal Regulatory Commission issued an order regarding the removal of the exigent rate increase, which will take place sometime late this summer.  The order addresses several issues, like providing advance notice to the mailers, what to do about Forever stamps purchased before and during the surcharge period, and so on.

The Commission’s ruling is being challenged in court by both the Postal Service and several associations of mailers.  In the meantime, though, there are details to be worked out concerning what happens next.

The Postal Service filed its plan for removing the exigent surcharge in June 2014, and while not definitive, it identified two options.  One involved filing a notice to remove the 4.3 percent surcharge.  A second option involved using its available rate adjustment authority to increase rates under the price cap tied to the CPI.  In other words, the exigent increase would be removed but some of it would be offset by a new CPI increase.

It’s not clear yet what that new CPI increase would be for each type of mail, but it’s likely to be similar to the previous increase of 1.7 percent that went into effect in January 2014.  (Tables showing the monthly rates of changes in the CPI and the available price cap can be found here.  The calculations will also include the rate for December 2014, which will be announced on Friday, Jan. 16.)

If the CPI increase turns out to be 1.7 percent, when the 4.3 percent exigent surcharge is removed and the new CPI increase is added, postal rates would fall about 2.6 percent — at least temporarily, until the next CPI increase takes place.

The PRC received several comments from the mailers about the plans for removing the exigent increase.  One issue was whether there should be a single “ratemaking event” in which the Postal Service essentially rescinded the surcharge and implemented the inflation-based adjustment at the same time, in the same docket.  The Commission’s order tells the Postal Service that it will need to do this separately in two dockets.

Then there’s the issue of how the Postal Service will notify everyone that it is approaching the $3.2 billion limit.  The PRC has already told the Postal Service that it should provide 45 days notice prior to the removal of the surcharge so that the mailers can make adjustments.  That order still stands.

In order to ensure that the Postal Service does not go under or over the $3.2 billion limit, the Commission is also requiring the Postal Service, once it gets close to the end, to provide a bi-weekly estimate of the incremental and cumulative surcharge revenue.

The order also addresses what to do about Forever stamps purchased before the exigent increase went into effect but then used to mail letters during the surcharge period, along with the related question of what to do about Forever stamps purchased during the surcharge period but not yet used.  These two phenomena might cancel each other out, but the methodology used to do the calculations is important since almost $120 million is at stake.  That’s a relatively small percentage of the total surcharge, but it’s still a significant amount.

Overall, it seems clear from the details in the PRC’s order that the Postal Service is looking at implementing the CPI increase as soon as the exigent increase is removed late this summer.  Of course, a lot could happen before then, like a decision on the court case over the Commission’s exigent ruling or perhaps even postal reform legislation, which might make the increase permanent.