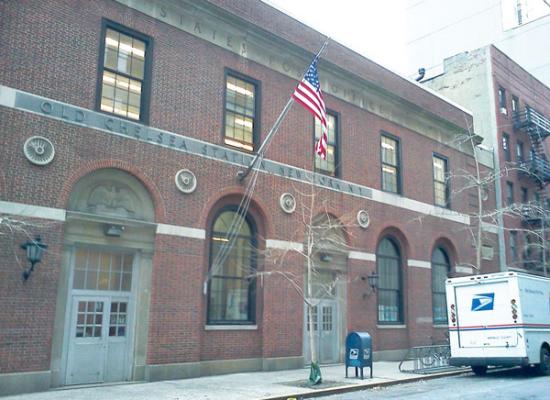 The Postal Service has not been cooperating with elected officials and community groups who are raising concerns about the proposed sale of the air rights above the Old Chelsea Station post office in Manhattan.  The Postal Service is apparently working with a developer to put an eight-story apartment building on top of the historic post office.  In December, the community was caught off guard by the announcement, and many people have asked for an extension of the comment period and for another public meeting with postal officials, but they haven't had much luck with their requests.  The Advisory Council on Historic Preservation has also raised concerns because the Postal Service has identified itself as the covenant holder responsible for ensuring that historic preservation laws are followed.  Read more.  (An earlier post is here.)