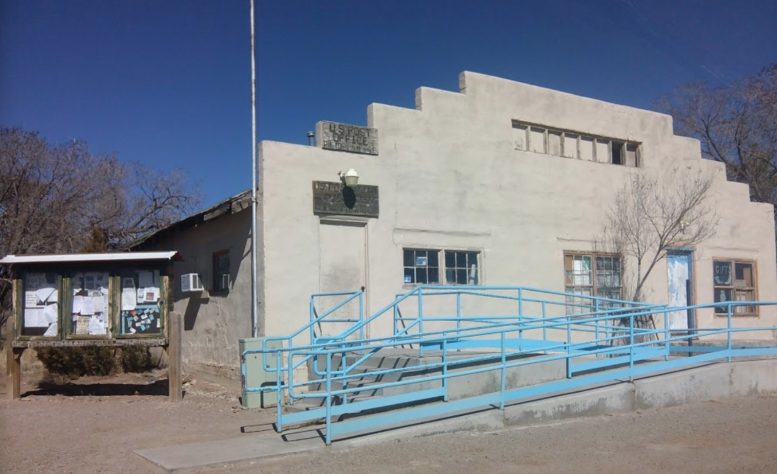 Santa Fe New Mexican: Days to the primary election: 48.  New Mexican as apple pie. Three members of Congress are campaigning to save a slice of Americana — the endangered post office in Pie Town.

Pie Town, about 220 miles southwest of Santa Fe in Catron County, is an unincorporated outpost of about 150 people. The U.S. Postal Service has decided that operations at the Pie Town Post Office would be temporarily suspended starting April 27 because of the building’s condition.

But New Mexico’s Democratic U.S. senators, Tom Udall and Martin Heinrich, and Republican Rep. Steve Pearce say they are worried the post office might be shuttered for good.

They cited a letter the postal service recently sent to customers stating “this change is temporary and will not lead to a formal discontinuance proposal unless we conclude that it will provide a maximum degree of regular and effective postal services.”

Pearce, Heinrich and Udall state in their letter to Postmaster General Megan Brennan that residents of the Pie Town area are now anxious about the possibility of the post office being closed.  Read more.  (Photo credit: Sam Palahnuk, Google Maps)