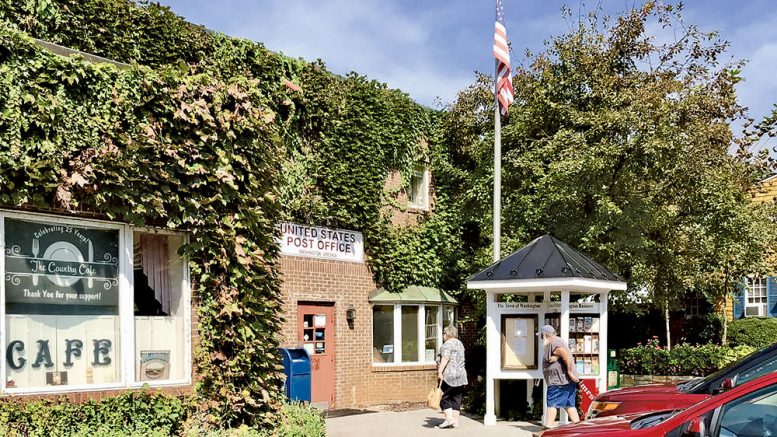 Rapp News: Virginia Republican Rep. Denver Riggleman has weighed in on the potential move of the U.S. Post Office outside of the town of Washington, saying if that were to happen then “Washington would be the only county seat in the Commonwealth of Virginia without a post office.”

In a letter dated March 1 addressed to Megan Brennan, Postmaster General of the U.S. Postal Service in Washington, D.C., the 5th district congressman representing Rappahannock County wrote that it had come to his attention that the USPS is considering relocating the historic Washington Post Office, which has been in the town for 215 years, to a new facility outside town limits.

“Many patrons of this facility live in the Town of Washington, most within walking distance of the current post office,” the congressman said. “The proposed site for the new facility is two miles from town, on a busy highway and at the far end of the 22747 postal zone.

“Many of my constituents have contacted me to express their frustration over an inconvenient and less accessible location. While moving the facility to another location may be inevitable, I urge the USPS to investigate all options that would enable the Washington Post Office to remain within the town boundary.”

Furthermore, Riggleman pointed out: “If this facility is moved out of town, Washington would be the only county seat in the Commonwealth of Virginia without a post office.”  Read more.

(The Washington post office relocation has been the subject of controversy, partially due to the fact that former USPS Board of Governors Chairman James Miller lobbied the Postal Service to relocate outside the town limits. More here.)