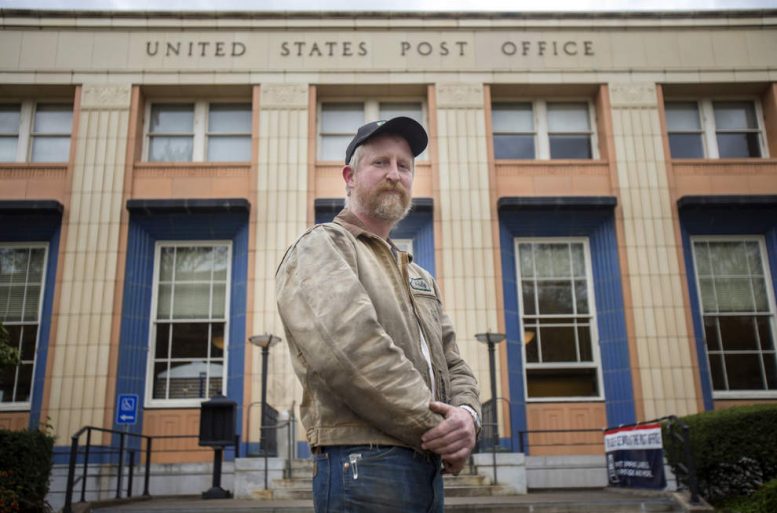 Register-Guard: The city of Eugene, Oregon, should consider buying the historic downtown Eugene U.S. Postal Service building, if the postal agency puts the property on the market again and a rival would-be buyer steps forward, says a member of the Eugene Historic Review Board. Earlier this month, Vice Chairman Andrew Fisher brought to the board the idea of the city getting a “right of first refusal” on the property, and discussed possible ways of starting that process.  Having a right of first refusal means that if another entity offered to buy the property, the city would have the opportunity to buy the property first for the same amount the third party was offering, he said.  The fate of the 77-year-old building has been up in the air during the past few years, as the Postal Service has cut costs and closed facilities nationwide. The facility is not for sale, and office space on the second floor is being offered for lease, U.S. Postal Service spokesman Peter Hass said.  Read more.