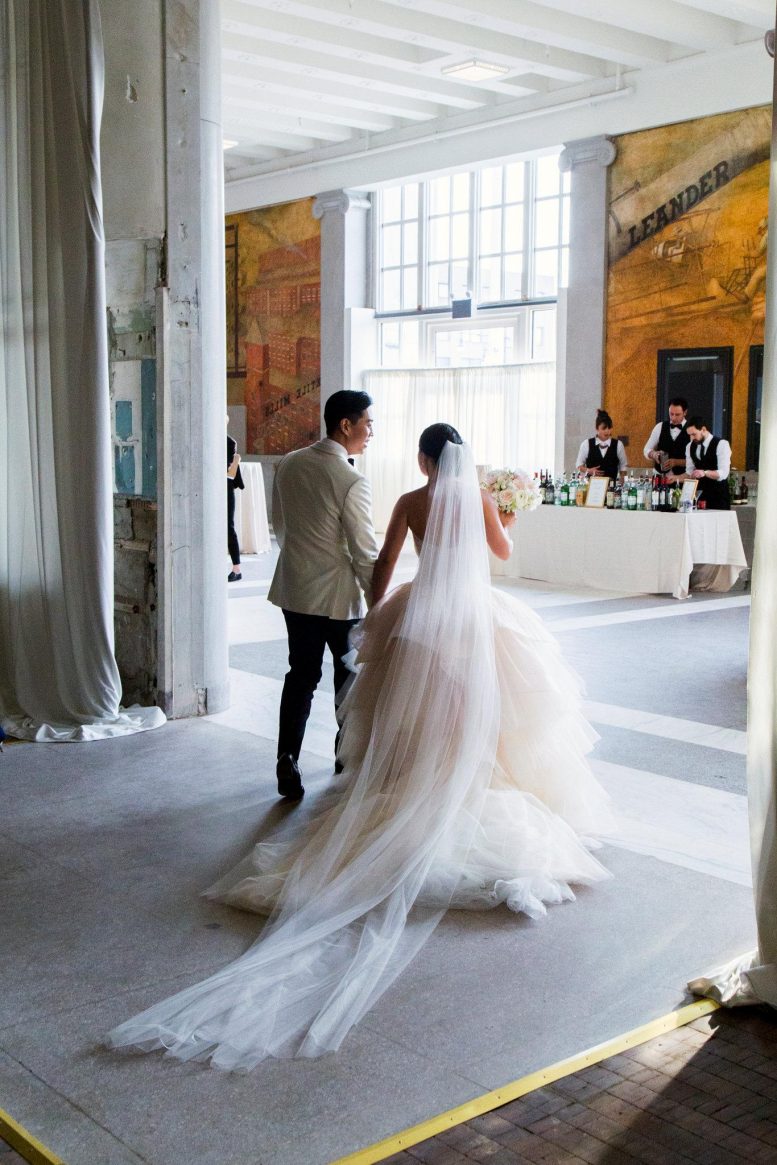 The “Vows” section of the New York Times has a sweet love story this week, with a post office twist.

Bryan Woo, a NYC native, and Jean Kim, who grew up in a New Jersey suburb, first met at Amherst College back in 2002.  A few years later, they met up again and a friendship developed.  Their mutual friends could see they were falling in love, but it took them a while before they gave dating a try.  As the title of the NYT piece puts it, “They Were in Love. They Were the Last to Know.”

Once they started dating, a few friends were skeptical, given Bryan’s dating record (he was kind of a playboy).  But in February 2017, Bryan proposed to Kim.

“On April 14, they were married before 260 guests (including Martha Stewart, who is a friend of the groom’s family) in the Bronx Post Office. The building holds special significance for Mr. Woo, whose family firm purchased the landmark building in 2014. His parents also met 10 blocks away from the historic site — his father had delivered rice from a Korean grocery store to his mother’s apartment in 1972. . . .

“Ivory and white velour curtains transformed the industrial space, which was finished only days before the wedding, into a romantic setting. After cocktail hour in the historic lobby, the 16-person bridal party emerged into the dimly lit reception area to Michael Jackson’s “Don’t Stop ‘Til You Get Enough.” During the couple’s first dance, Mr. Woo dramatically dipped his wife backward to Etta James crooning “at last my love has come along.”. . .

“Still an active construction site, the post office’s first floor was finished only days before the wedding. Wedding planners Medium Rare and Concrete+Water transformed the 30,000-square-foot industrial space into an ethereal and romantic setting, replete with floor-to-ceiling drapes and blooming cherry blossom branches on the tables. . .

“During the ceremony, Mr. Woo and Ms. Kim’s mothers lighted two candles, symbolizing the light and life of their separate families. When the newlyweds lighted their own candle, signifying the merging of their lives and families, Mr. Woo inauspiciously dropped his, but quickly recovered it before anything could catch fire….

“After the ceremony, guests sipped cocktails and devoured hors d’oeuvres while the sunset’s golden light streamed through the building. The band, Acappella Soul, sang classics like “Stand by Me” before one of the 13 restored 1930s murals by the artists Ben Shahn and Bernarda Bryson Shahn.

(The murals in the photo can be seen here.  For more about the historic Bronx General Post Office, the significance of the Shahn murals, and the controversy over the Postal Service’s decision to sell the building, see these previous posts and this 2014 New York Times article.)