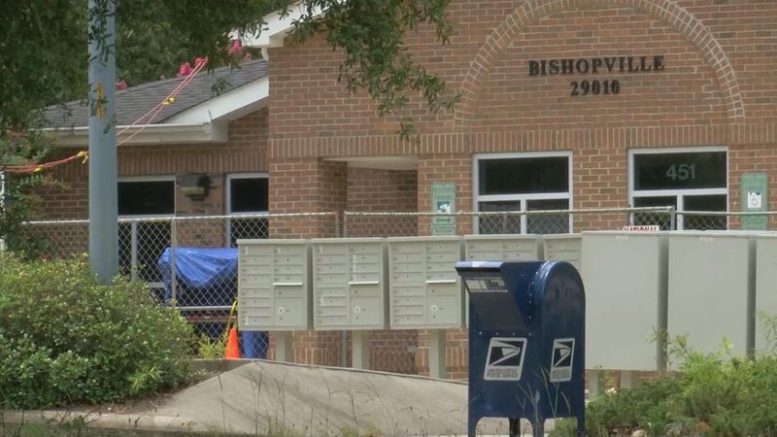 WISTV10: The city of Bishopville remains without a formal post office 18 months after a suspected arson damaged the existing building.

In January 2017, fire officials were called to an overnight fire at the post office. Most of the damage to the building was the result of smoke and water. However, a year and a half later, residents are curious as to why the building hasn’t been renovated and reopened.

“I just can’t understand why the government would allow a post office to get in this condition,” Tom Drayton, a resident of Bishopville, said. “We’re out here daily getting our mail out of our boxes. It doesn’t matter it snows, rains, and hails if its 100 degrees or 25 degrees.”

USPS said the building is privately owned and the federal government is currently in a leasing contract with the owner.  Read more.