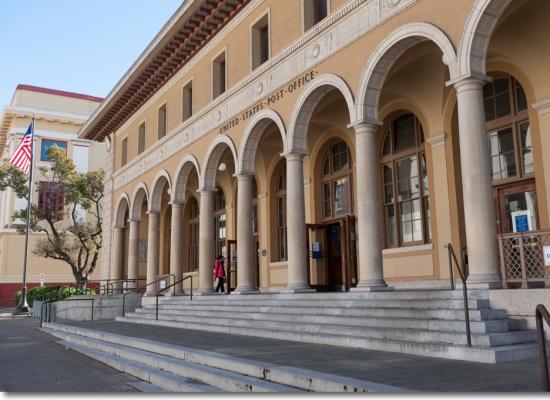 San Jose Mercury: Consider some of Berkeley's signature protests. Legions of students sitting in for free speech. Citizen activists fighting to keep People's Park for the people. Tree-sitters giving voice to a grove of whispering oaks outside Memorial Stadium.

Another one — with the requisite components of activism, occupation and principled outrage — has been raging quietly at the corner of Milvia Street and Allston Way for two years. This time the cause is …  A post office?

You bet your forever stamps. Specifically, the target is the century-old downtown Berkeley post office, which the U.S. Postal Service announced in 2012 would be one of approximately 200 facilities nationwide sold as a cost-cutting measure. After relocating some of the Berkeley building's traditional functions, the post office uses just a fraction of the huge space today.  Read more.