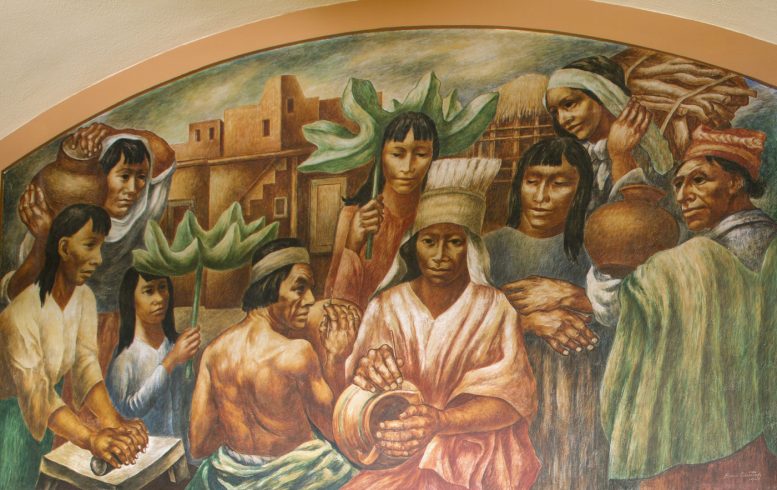 NPR: The Great Depression challenged Americans not just with horrifically high unemployment, but ideological divides not utterly unlike the ones we face today. Today, poll after poll show the country deeply split on major issues. Racism, Islamophobia and anti-Semitism are on the rise. Back then, the labor movement was burgeoning; so was membership in the Ku Klux Klan. Rampant anti-Semitism informed powerful public figures such as Henry Ford and Charles Lindbergh, and millions of people listened as Father Charles Coughlin railed against immigrants and in favor of fascism in his weekly radio broadcasts. Meanwhile, black people were excluded from segregated soup kitchens as African American unemployment hovered around 50 percent.

When the Roosevelt administration rolled out tens of millions of dollars during the New Deal to fund artists, musicians, writers and actors, its mission was more than just job creation. It wanted to create a version of American culture that everyone could rally behind. Music, art classes, posters, plays and photography funded by the federal government were supposed to unite a nation in turmoil….

“The generation that was saved by that funding turned out to be the greatest and most acclaimed in the history of American art,” asserts Ann Prentice Wagner. Indeed, it’s difficult to quantify the ongoing benefits of the WPA’s arts programs. Its murals still decorate city halls, post offices and public schools (not without controversy) and hundreds of the community arts centers it established are still in existence across the country. Critics denounced these projects as propaganda, and according to arts leaders interviewed for this story, it’s wishful thinking to imagine the WPA arts programs could be revived anytime soon. To Wagner, though , their relevance has never been clearer. “How do we know what we’ve got this time around?” she wonders. “How do we know what creative minds could be working on right now unless we give them a chance?”  Read more.