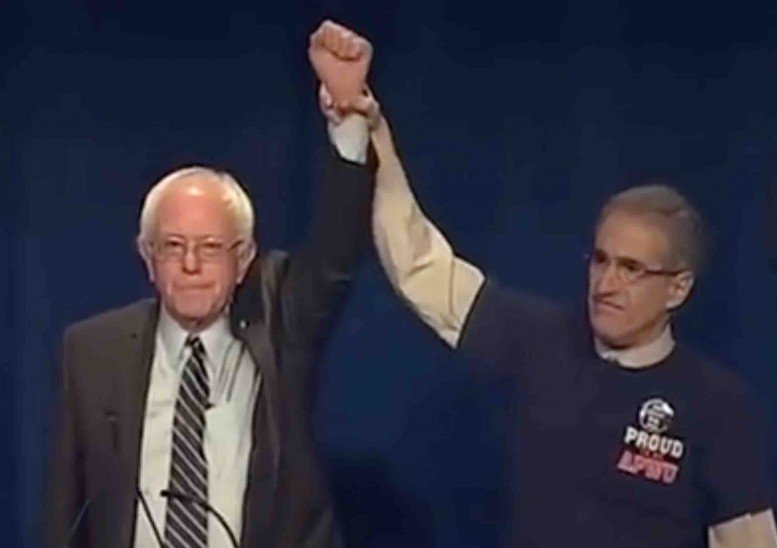 The APWU National Executive Board has voted to endorse Bernie Sanders for president. “Politics as usual has not worked,” said President Mark Dimondstein. “Enough is enough!” The endorsement follows Sanders’ rousing speech before 2,000 activists at the union’s All-Craft Conference in late October.

“We should judge candidates not by their political party, not by what they say, not by what we think they stand for, but by what they do,” Dimondstein said.  “Applying that criteria, Sen. Bernie Sanders stands above all others as a true champion of postal workers and other workers throughout the country,” he said.  Read more.