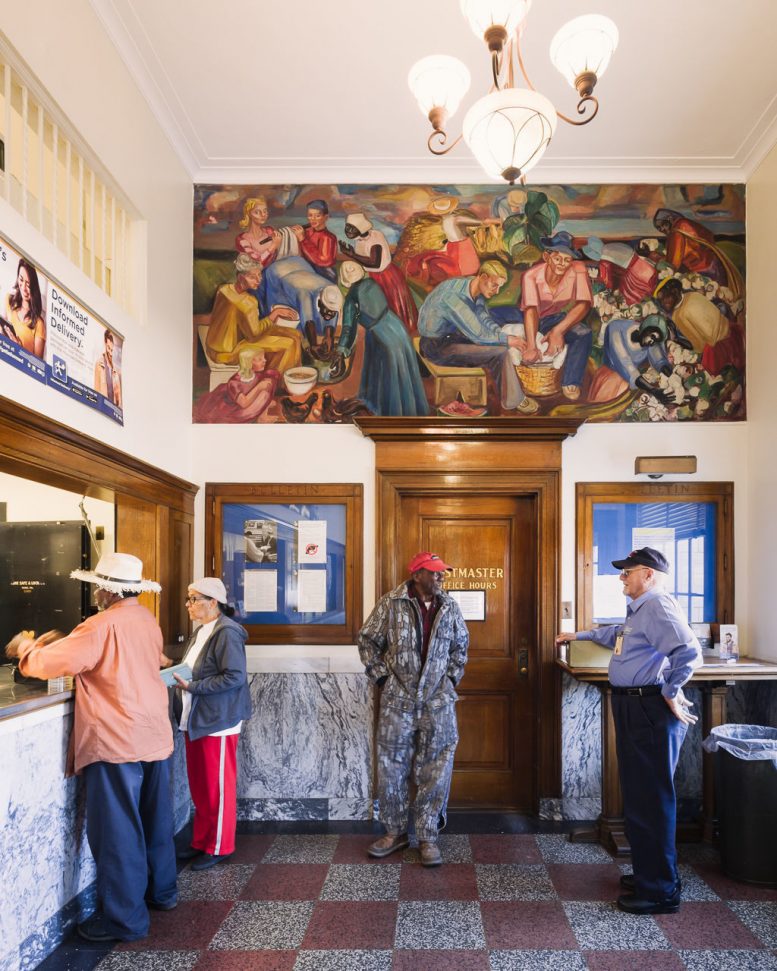 Atlas Obscura: Chiseled into gray granite of the James A. Farley Building, the main post office in New York City, are the words: “Neither snow nor rain nor heat nor gloom of night stays these couriers from the swift completion of their appointed rounds.” So far during this pandemic, post offices have remained opened to serve the people throughout the country, though they are beginning to buckle under the strain.

During the Great Depression, another time of national crisis, postal stations were used to inspire citizens. Public art in federal buildings, including post offices, was created by artists employed by the United States government to beautify the country. In one federal program, 1,400 post office murals were created in more than 1,300 cities and towns.

“The murals boosted morale by celebrating local industry and historical events. Today these murals often go unnoticed, almost like real-life Easter eggs of art hidden across the country,” writes Texas-based photographer Justin Hamel in an email. Hamel documented nearly 375 of these works of civic art while traveling across the United States. According to him, the local industries that are depicted in many of the paintings still drive the economies of the communities they grace: cotton in Camilla, Georgia, for example, or wheat in Anthony, Kansas.

In some areas, life has moved on more dramatically. Take one of Hamel’s favorite murals, Locomotive Repair Operation by Harold Lechman in the Renovo, Pennsylvania, post office—near where the photographer grew up—which shows six men working in the Pennsylvania Railroad repair shops that are now no longer there.

Atlas Obscura spoke with Hamel about how he found these murals, how the paintings have survived, and the ones he really hopes to shoot someday.  Read more.