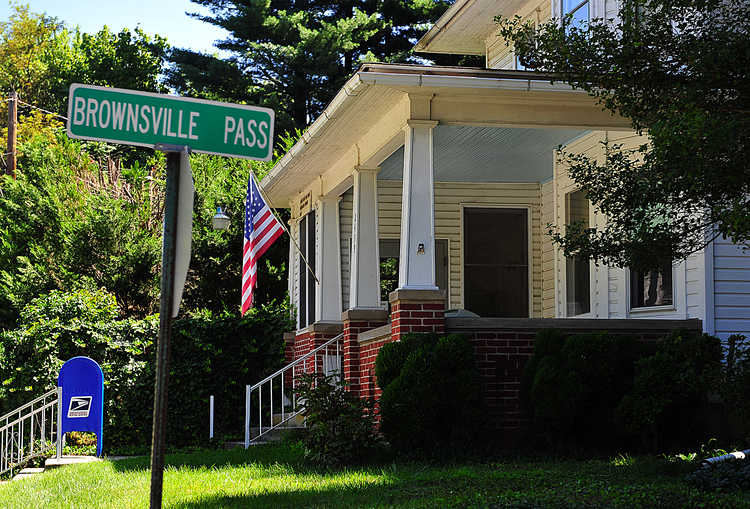 The Postal Service has closed another POStPlan post office by emergency suspension.  The Postal Service’s reassurances to the Postal Regulatory Commission that it wouldn’t be doing that don’t seem to count for much.

A few days ago, we noted the emergency suspension of the post office in Helen, Maryland.  It’s on the POStPlan list, set to be downgraded to two hours a day.  The postmaster took the incentive offer and retired on July 31.  The next day the local news reported that the office would be closed by emergency suspension on August 17.

Now the herald-mail.com is reporting that the post office in Brownsville, Maryland, has also been closed by emergency suspension.  As with Helen, which is about 120 miles away, the postmaster was looking at seeing her office reduced to two hours, and she took the incentive offer and retired on July 31.  The post office closed the same day.

The Brownsville office was a Level 11 that had been studied for closure under the Retail Access Optimization Initiative (RAOI).  The post office has been located in the home of its retiring postmaster, Mary Ellen Younkins, since 1979.  She told the Postal Service that she wanted to end the lease on her last day, July 31, and the lease termination is now being cited as the cause for the emergency suspension.

But the Postal Service created this situation, so it shouldn’t be an excuse for an emergency suspension.  The Postal Service has known for at least a month that it would be closing the Brownsville post office, but it didn’t bother with a meeting or a survey, and there’s no indication that it looked for someone to replace the postmaster or to find a new location.

The Postal Service’s witness for POStPlan, Jeffrey Day, testified to the PRC that it wouldn’t be suspending POStPlan post offices because of lease issues or postmaster vacancies.  The briefs filed by the Postal Service repeat the same promise.  Yet that’s exactly what’s happened in both Helen and Brownsville.

Mr. Day and the Postal Service also said on numerous occasions that communities would be given four options — (1) reduced hours or close the post office and (2) use the post office in another town, (3) switch to rural delivery, or (4) open a Village Post Office (a postal counter in a private business like a general store). 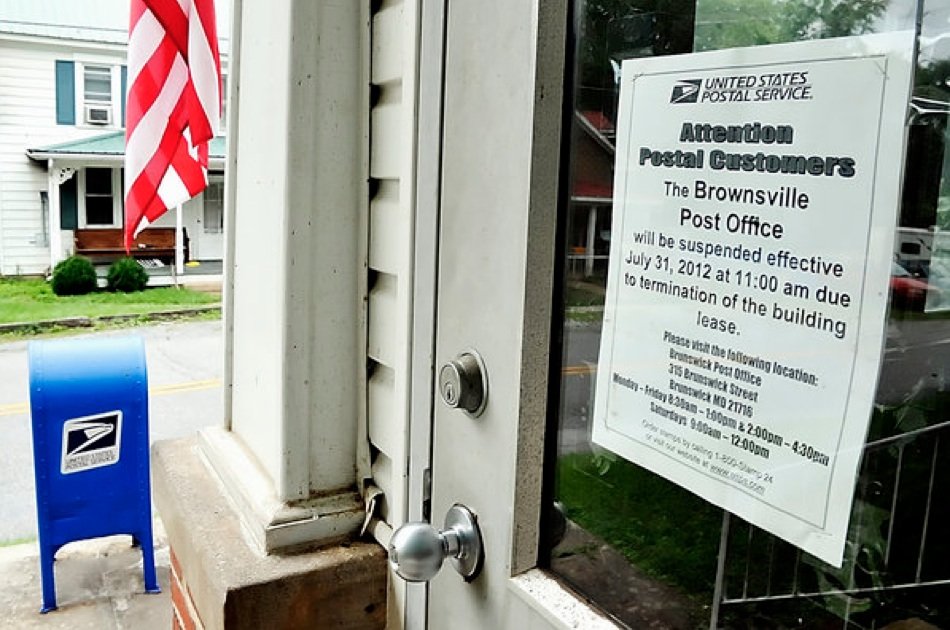 The folks in Brownsville were never given an opportunity to comment on the four options.  They just got a notice in the mail and found a sign on the door of the post office saying it was suspended due to a lease termination.

A few houses down the block, workers contracted by the Postal Service could be seen pouring a cement footer for a cluster box unit.

So there’s a fifth option the Postal Service didn’t mention — close the post office and replace it with a cluster box.

Brownsville resident Michael Yourtee told the local news that he understands that the Postal Service is in financial trouble, but wishes officials had solicited the opinions of the residents before making a final decision.

“The problem is the people weren’t consulted.  We didn’t have the chance to say what we’d like and maybe influence the decision.  They didn’t ask us and that’s terrible.  We’re not asked, we’re told.  We’re not children, we’re taxpayers.”

Residents in the village will now get their mail delivered to a cluster box, while those who live outside the village will need to install a mailbox, which is costing Mr. Yourtree $150.  Many will need to have their addresses changed as well.  And everyone who needs to send a package will have to drive eight miles to the nearest post office.

The Postal Service has been talking about Village Post Offices since the great “new concept” was first unveiled in July 2011.  The Postal Service envisioned creating thousands of them to replace the small post offices they wanted to close.

In his testimony last month, Mr. Day said so far there were just twenty-six VPOs in operation, but the Postal Service planned “to make a maximum effort” to expand their numbers, especially in communities where the post office would be open only two or four hours.  He noted that some communities might choose the option of having the hours reduced, and the Postal Service might still want to set up a Village Post Office as well (testimony, p. 265).  In these cases, Mr. Day testified, the VPO would be “an enhancement rather than a replacement.”

Commissioner Tony Hammond immediately followed up the cross-examination of Mr. Day with a question: Did the Postal Service have plans to close a two- or four-hour post office if a Village Post Office were set up?

Commissioner Hammond: “That’s not your goal?”

In its Advisory Opinion on the RAOI, the PRC described the VPOs as “limited substitutes for full service postal retail facilities” because they just sell stamps and flat-rate boxes.  That may have been on Commissioner Hammond’s mind when he said it was “good to know” that the Postal Service didn’t plan to replace POStPlan post offices with VPOs.

Come September, however, when the Postal Service starts holding community meetings for POStPlan, it’s likely that the folks in Brownsville will be happy if they can even get a Village Post Office.  It’s obviously not a satisfactory substitute for a full-service post office, but it might be better than what they have now — a cluster box.