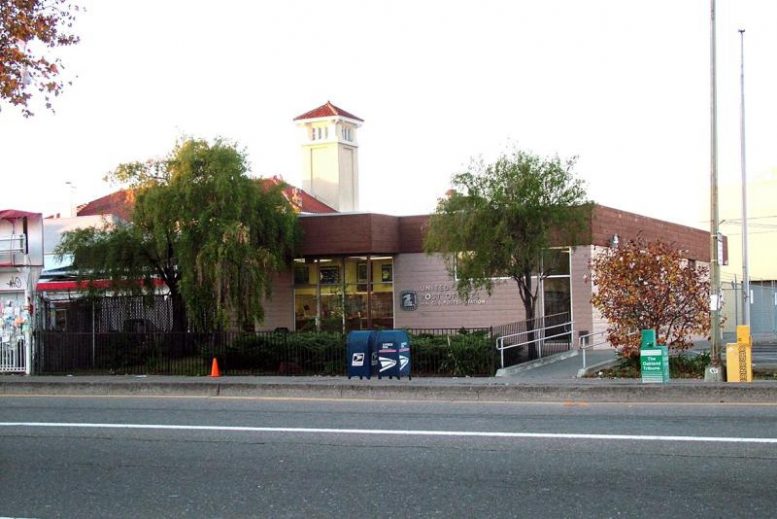 The Postal Service is extending collection hours at many post offices on April 15th for Tax Day, but there’s at least one post office in California that’s getting a lot less than extended hours.  Customers of the Marcus Foster post office, located on International Boulevard in the heart of Deep East Oakland, have been experiencing a range of cutbacks, and one local writer says the cuts amount to a kind of Hood Tax.

According to an excellent piece written by J. Douglas Allen-Taylor, the Postal Service has been cutting back services at Marcus Foster in some very noticeable ways.  The piece appears on his website, Safero.org, here, and there’s a follow-up post from earlier this week, here.

Allen-Taylor is an Oakland journalist and political commentator who’s written for several Bay Area newspapers.  He’s also the author of a novel, Sugaree Rising (which gets some great reviews on Amazon).  In 2013, the PEN Oakland writers’ organization honored him with a lifetime achievement award.

Allen-Taylor describes the cuts in service at the Marcus Foster post office as a type of “Hood tax.”  That’s a reference to the way prices are often inflated in small stores in low-income neighborhoods populated by minority groups.  Or, as he puts more eloquently, an “inconvenience applied to folks enacted for the privilege of living within the confines of areas we once called ‘the ghetto.’”

The Marcus Foster station is not a big office, just over 2,000 square feet, but it can be a very busy place, with a line of ten or more customers waiting at the counter.

Some time ago, Allen-Taylor noted that the Postal Service had reduced the staff from three clerks to one.  There may be plans to bring back a second clerk, he says, but in the meantime, lately there’s been only one clerk at the post office. 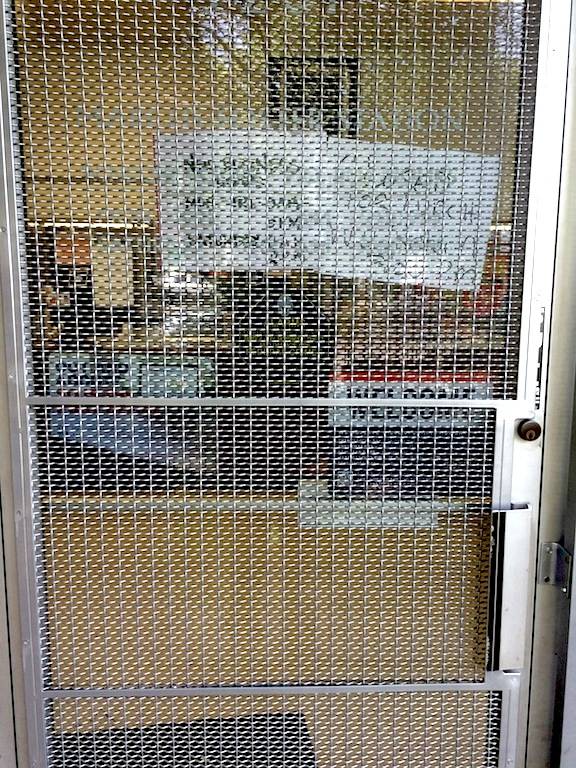 That means longer lines, of course, and it may also be the reason that the post office has been closing for over an hour for lunch everyday.  The sign on the door doesn’t provide any explanation, just “closed for lunch.”

The USPS.com Find Locations page currently says the post office is open 9 to 5, and there’s nothing about closing for lunch, so it’s hard to say what that’s all about and how long it will go on.

There have been other cutbacks as well.  Some time ago, the Postal Service removed the two blue boxes outside the post office.  (One was in front on the street, and the other was a drive-up box in the parking lot.)   Presumably the boxes got culled for being under-utilized.  Now you have to go into the post office to mail something.

That’s not all.   A few months ago, the post office also eliminated package pickup services, as well as pickup for certified and registered mail, for anyone who does not have a post office box at Marcus Foster.  Everyone else needs to go to the post office out near the Oakland airport, on Pardee Drive.

According to Google Maps, the Airport post office is 2.8 miles from the Marcus Foster office.  If you have a car, it’s a 9-minute drive (without traffic).  If you take the bus, it’s 29 minutes, and if you’re on foot, it’s a 51-minute walk.

It’s not clear if the Postal Service changed the policy about package pickup in order to be able to reduce the staff, or if it’s having problems staffing the office and had to reduce services because there was only one clerk.  Allen-Taylor suspects that the Postal Service is trying out the one-clerk system to see if the station can get by that way permanently.

The Postal Service owns this facility, and there’s been a post office there since 1982.  (It may have leased the property at some point before owning it.)  There’s no indication at this point that the Postal Service has plans to close the post office and sell the building.

Allen-Taylor is concerned, though, that the cutbacks are prelude to something more — “a test run towards a closing of the Marcus Foster Branch altogether, on the theory that it will get less attention and, therefore, political kickback than, say, selling off the main post office branch in Berkeley.”

The post office is named after Marcus Aurelius Foster (1923 – 1973), an African-American educator who served for many years as Oakland school superintendent and who had a national reputation for educational excellence.  Foster was murdered in 1973 by members of the Symbionese Liberation Army because of his alleged support of a plan to create a student identification card system in Oakland.  In reality, he had opposed the ID cards.  (There’s more on Wikipedia.)

Allen-Taylor writes that the Marcus Foster post office “sits in the middle of one of Oakland’s ‘Forgotten Lands,’ those depressed neighborhoods where city officials, the media, and the rest of the city’s resident tend to look when bad things happen.”

He sees the neighborhood differently.  He describes the area, which is called the Elmhurst District, as “made of many good people attempting to raise their families and build a community.”

The people in Elmhurst don’t deserve to be forgotten.  They certainly don’t deserve a post office that’s not properly staffed with full services — like package pickup for everyone, collection boxes outside, and open all day and not closed for lunch.