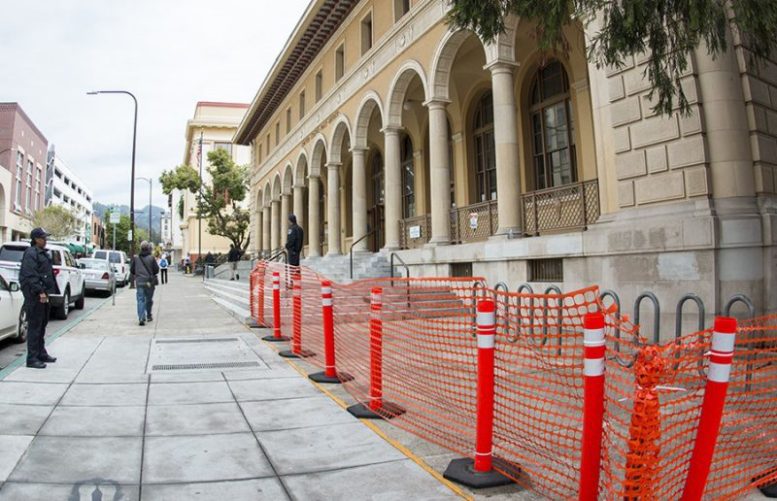 The Daily Californian: Though the occupation has ended, members of local activist groups returned to the steps and sidewalks outside the Berkeley Main Post Office on Saturday to commemorate their 17-month demonstration.  About 30 community members gathered to hear from former protesters and activists 11 days after U.S. Postal Service officials dismantled the encampment April 12.  The celebration included live music and speakers who called for using the building to its fullest potential.  “The goals were basically to make sure the postal officials understand that we haven’t gone away just because they rousted the occupation,” said JP Massar, an organizer with Berkeley Post Office Defenders, or BPOD.  According to Augustine Ruiz, spokesperson for the USPS, essentially 80 percent of the 50,000-plus square foot building remains vacant; letter carriers were moved to the Eighth Street location, leaving retail employees in the central Downtown post office.  Read more.