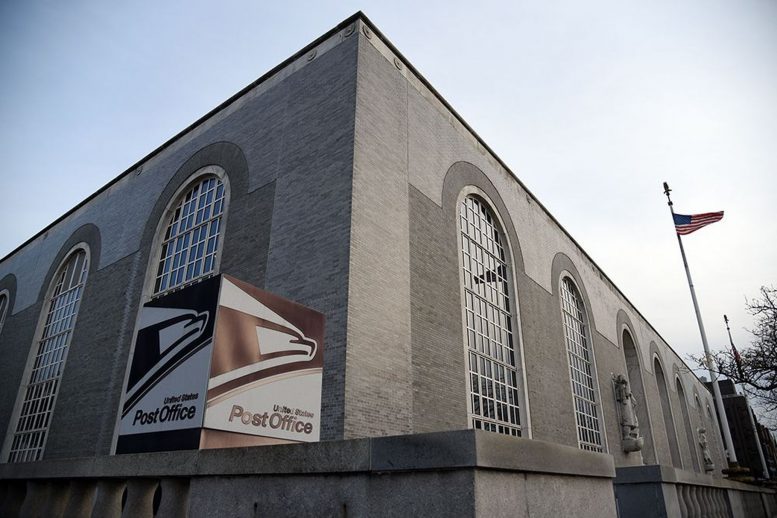 Curbed New York: Back in 2014, the United States Postal Service sold its landmarked Bronx General Post Office building to developer Young Woo and Associates for $19 million. Developers planned to transform the four-story, block-long building into Bronx Post Place—a retail, commercial, and community hub that would features offices, restaurants, and indoor/outdoor spaces. In 2016, construction was underway, which involved gutting out the interiors and restoring some of the original details, however, the fate of that transformation now stands in question.

Welcome2TheBronx reports that the developer is looking to sale the Bronx General Post Office building, though they declined to comment on the reason for the sale or the sale price. “[T]he sales process is ongoing so we are not able to comment at this time,” said Bryan Woo, a principal at Youngwoo and Associates, in a statement to Welcome2TheBronx. Woo added that despite the sale, the firm is “committed to continuing to bring great projects like the Bronx Post Office” to the community.

The firm has also chosen to remain private on how construction within the building has progressed along. The building was anticipated to open in 2017, and later pushed back to 2018. At this point, who knows what lies ahead for the project.  Read more.