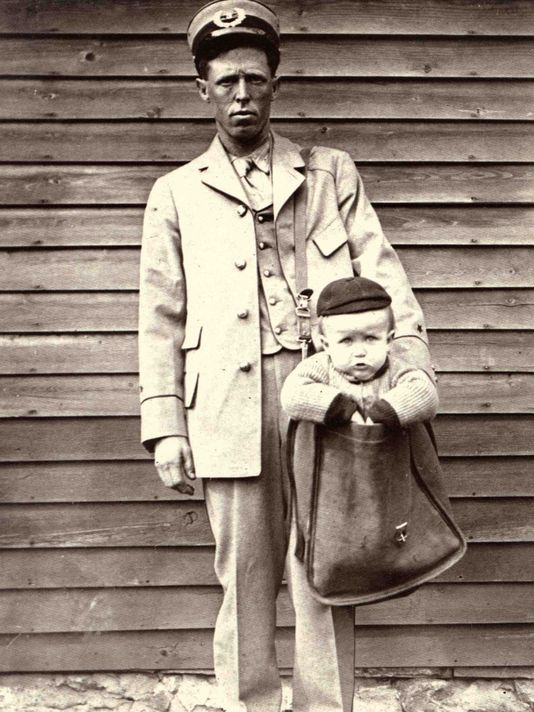 RetroIndy: The idea of mailing babies and children wouldn’t cross most peoples’ minds. But after the parcel post law went into effect in 1913, children were routinely weighed, stamped and “mailed” with postal workers on mail service trains.

As a bachelor, U.S. Postmaster General Frank Hitchcock decided to call in experts after receiving a rather pathetic plea from a man in Pennsylvania wanting to adopt a child. “May I ask you what specifications to use in wrapping so it (baby) would comply with regulations and be allowed shipment by parcel post as the express co. (sic) are too rough in handling.”

The post office issued this statement on the matter:  “As babies, in the opinion of the Postmaster General, do not fall within the category of bees and bugs, the only live things that may be transported by mail,”That did not deter the practice, however.  Read more.