A couple of weeks ago I filed a motion with the Postal Regulatory Commission requesting access to the documents related to the Negotiated Service Agreement (NSA) on the program to deliver Amazon parcels on Sundays.  As I write this, the PRC has not yet ruled on my request, but regardless of what happens, I hope a useful purpose will have been served. (There’s more about the motion and the oppositions filed by the USPS and Amazon in this post.)

In making this request and writing about it, I hope to draw attention to the PRC cases that administer the competitive products list and review new NSAs.  The Postal Accountability and Enhancement Act of 2006 has long been vilified as the major source of the Postal Service’s problems because it mandates $5.5 billion in annual payments for the prefunding of retiree health benefits, which has been the major cause of the losses reported by the Postal Service since 2007.  I would suggest, however, that in the long term, the most damaging and dangerous part of the PAEA was the separation of the Postal Service’s activities into categories of market-dominant and competitive products.

By viewing the service of delivering mail in terms of commercial products, the concept of the postal network as a form of open-access infrastructure was replaced by the idea of the Postal Service as corporate entity.  The goal of managing and regulating the Postal Service shifted away from maintaining an efficient, cost-effective means of delivering an essential public service.  The goal instead became restraining the conduct of a corporate monopoly.

The problem with this view is that it quickly undermines any rationale for public service, replacing it with a full-speed-ahead approach towards turning our nation’s postal network into little more than a business proposition.  Placed in a situation of serving two distinct and often opposing missions, policy makers and postal leadership have not surprisingly taken the easier road of defining the Postal Service as a profit-seeking enterprise.

A public service mission is difficult to fulfill.  It requires constant evaluation, assessment, and institutional self-examination.  Defining efficiency and success in a public service is much more complex than the more clear-cut metric of profitability in a business enterprise.  A business can content itself with measuring success in dollars and cents, whereas the success of a public service is measured, at least in part, by intangibles like enhancing social value, maintaining community identity, and promoting universal service and access.  These measures may be less concrete than profit, but they are certainly no less valuable. 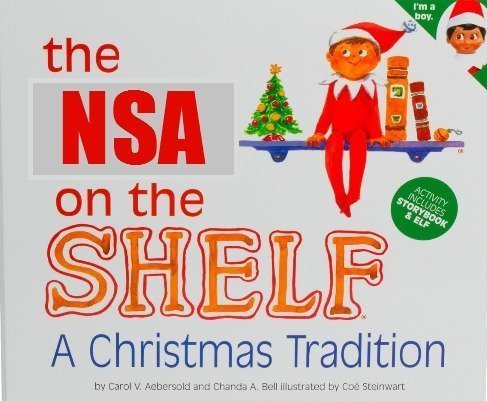 We don’t ask our national parks to make money, and we don’t ask them to cover their costs by generating sufficient revenues in access fees.  NASA and the NIH aren’t required to turn a profit because we recognize that basic research and the intellectual property it generates return tremendous value to our society.  We don’t make our interstate highways toll roads nor do we limit them to only the highest populated areas.  We realize that a transportation network offers opportunity that results in enhanced economic potential.  And we don’t ask our military to break even.  We consider defense of the Republic to be an essential public service.

We understand that these infrastructures and the services they provide are useful and productive.  We don’t expect them to be accountable in terms of profits and losses.  We are wise enough to recognize that the benefits they provide cannot be calculated in the terms of a ledger sheet.

For some reason, however, many people believe the case of the Postal Service is different.  Because paying postage fees for using the postal system is taken for granted, we have been led to believe that the entire value of our postal infrastructure is limited to the fees it generates.  It clearly isn’t.

We create and implement social policies of considerable significance through the way we design and administer our postal infrastructure.  We maintain low rates for business advertisers because it encourages commerce.  We subsidize media mail, periodicals, and non-profits because we believe the subsidies promote social and public goods, like improved communication and broad access to educational materials.

We have also used the postal infrastructure to promote employment among veterans and disadvantaged classes because we believe this is wise and appropriate social policy.  We have developed a vast network of post offices that help preserve community identity, promote social cohesiveness, and serve as a useful contact point for folks with their government — all because it is good policy to do so, not because it makes money.

The PAEA sought to disregard and even discredit the social value of our postal infrastructure.  It has led to deals like delivering parcels for Amazon on Sunday, but only to select markets.  It has redefined the local post office as a “retail outlet,” hence easily replaced by a counter in a Staples or convenience store.  And in separating postal services into market-dominant and competitive classes, it has contributed to the transformation of the United States Postal Service into a mere commercial operator and undermined the scope and meaning of the Universal Service Obligation.

The PRC dockets on commercial products that house deals like the one Amazon has made with the Postal Service have gone largely unnoticed let alone scrutinized.  Nearly everyone has accepted or at least acquiesced to the idea that the Postal Service should act as a corporate entity.  As a consequence, the intangible values of the postal network are neglected and diminished.

It surprises and disappoints me that the postal unions have not seen fit to involve themselves in these dockets more frequently and more vigorously.  None of them, for example, participated in the review of the Amazon NSA, even though the deal will clearly lead to more outsourcing through the workshare system, as is the case with many of the NSAs.  As more and more postal products are transferred (or partially transferred) to the competitive products list, the impetus towards corporatization and privatization gains momentum.  More workforce reductions and a weakening of the unions are the inevitable results.

Consumer groups like AARP and consumer advocates like Ralph Nader have also ignored the significance of these PRC dockets.  Reclassifying a postal product from market-dominant to competitive must seem like a minor technical matter, and the way the details of the deals are cloaked in secrecy, with everything “under seal” to product the “commercial interests” of the Postal Service and its business partners, does not encourage participation by consumer advocates.

Progressives concerned about the growing entwining of big government and big business and the need for more public transparency have also ignored the trend these cases portend.  The left rails against the right’s assault on the Postal Service as a public service and union employer, but no one seems to recognize how these secret NSA deals are transforming the postal infrastructure into a servant of corporate interests.

Today we hear a great deal about how the monopoly powers of the Postal Service must be reined in so that private enterprise can prosper.  But the real problem is not that the Postal Service is a dangerous monopoly that threatens the spirit of capitalism.  The more eminent danger is that unregulated private monopolies and oligopolies — the huge delivery companies, retail shippers, and top vendors — are turning the Postal Service into a tool to increase their profits and power.

While FedEx and UPS are commonly seen as the Postal Service’s competitors, these two giants actually make vast sums of money by having the Postal Service deliver the “last mile” for them.  Amazon is one of the largest logistic providers in the United States. It has built millions of square feet of warehouse space, and it’s taking the Wal-Mart model of low prices based on low wages and squeezing suppliers to a new level.  Shouldn’t we be concerned that the Postal Service, rather than serving as a kind of brake on the monopolistic reach of these giant companies, ends up actively assisting in extending their holds on their markets?

There’s been a lot of talk lately about privatization of the Postal Service, but the common wisdom seems to be that “it can’t happen here.”  Even its advocates look to the privatization of Royal Mail in Great Britain and say that we are a long way from that ever occurring in the United States.  They point to the messy problem of sorting out the legacy costs of pension plans and healthcare obligations, as well as the complex matter of putting a value on the postal infrastructure of real estate, vehicles, and intellectual property.  The obstacles are too great, they say, and privatization is still only a dream in the distant future.

But this is to misread the situation.  We are not headed toward a dramatic event like an IPO or a leveraged buyout.  The Postal Service will not go out with a bang.  It will go out with a whimper.

As the postal network continues to be degraded by service cutbacks and downsizing, its relevance evaporates, slowly but persistently.  The demise of First Class mail, for example, is not due simply to Internet diversion.  It’s also being caused by the Network Rationalization scheme to consolidate processing plants, which necessitated slowing down delivery times.  Reducing the hours at post offices, converting delivery from door and curb to cluster box, ending Saturday delivery — such measures are rationalized as necessary steps to make the Postal Service more businesslike, but they end up undermining the Postal Service’s very reason for existing.

What we are witnessing today is nothing less than the transfer of the Postal Service’s regulated monopoly powers into the hands of unregulated private monopolies.   A government entity — which at least has the potential for being transparent and accountable — is being converted into a Big Business.  Critics of Big Government may see a victory here, but the country will come out the loser.  We will lose the intangible social and cultural benefits our postal infrastructure has provided so well, and the true meaning of universal service will be forgotten.

Whether I get access to the Amazon NSA in the current case before the PRC is of little consequence.  Even if access is granted, the Commission’s rules will prohibit me from writing about or discussing what I see, and if I were to file a complaint with the Commission about the legality of the NSA, the argument would take place outside the public view.

In any case, the likelihood of success is small.  The process is designed pretty much exclusively for attorneys, and the average person doesn’t have much of a chance.  But perhaps by calling attention to the issues surrounding competitive products, NSAs, and dockets “under seal,” I will encourage others who have more influence on these matters to demand more transparency and oversight.  The public deserves as much, and the future of the country’s postal system depends on it.

[Mr. Jamison is a retired postmaster and a regular contributor to Save the Post Office; his articles are archived here.  He can be reached at  Mark Jamison  at [email protected].]