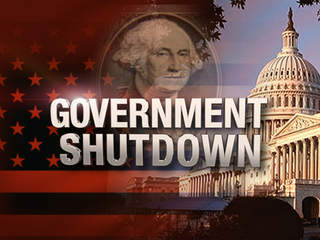 There’s an article on the front page of today’s New York Times about how the federal budget impasse didn’t just happen overnight.  “A Federal Budget Crisis Months in the Planning” describes how a coalition of conservative activists made plans months ago to use a government shutdown as a tool to fight for the repeal of Obamacare.

The article describes “a well-financed, broad-based assault on the health law” that includes pressuring vulnerable Republican members of Congress and spending millions of dollars on ad campaigns.

The cast of characters behind the shutdown should be familiar to those who have been watching the effort to dismantle and privatize the Postal Service.  The conservative think-tanks and lobbying organizations behind the attack on Obamacare are some of the same groups waging a war against postal workers and the fundamental principle that the Postal Service should be owned by the American people.

The Times article provides a “who’s who” of the conservative movement, and nearly everyone mentioned is also involved with the attack on the people’s postal system.  Among the players mentioned in the article are the following: 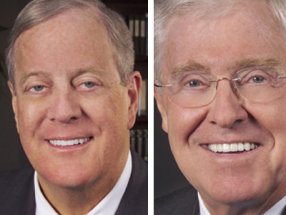 The Koch brothers, the billionaire sons of one of the founders of the John Birch Society, have given millions of dollars to conservative organizations like the Heritage Foundation and various Tea Party groups.  In fact, according to a Republican campaign consultant quoted in a widely circulated New Yorker piece, the Koch brothers “gave the money that founded” the Tea Party.

The Times reports that “a group linked to the Kochs, Freedom Partners Chamber of Commerce, disbursed more than $200 million last year to nonprofit organizations involved in the fight” against Obamacare.  According to Watchdog Institute, the Koch brothers also made campaign contributions to Darryl Issa ($12,500) and Dennis Ross ($10,000), the two House members most actively involved with postal reform.  The brothers also created Americans for Prosperity to advocate for their conservative agenda.

Americans for Prosperity, according to the Times, is immersed in the fight against Obamacare.  One of the directors of Americans for Prosperity is James C. Miller III,  former member the USPS Board of Governors (2003-2012) and chairman of the BOG in 2005, 2006, and 2007.  He has been nominated by the White House to another term on the BOG, but the Senate oversight committee has not taken steps to move the nomination forward.  Mr. Miller is a long-time advocate of privatization of the Postal Service, as indicated in this paper he wrote in 1985 and as reported in this 1988 LA Times article.

The Heritage Foundation is another group actively fighting Obamacare.  According to Sourcewatch, the Foundation has received over $1 million from the Koch brothers through the Claude R. Lambe Charitable Foundation.   The Heritage Foundation has a long history of advocating for privatization of the Postal Service.  Back in 1986, for example, it circulated a “primer” on privatizing federal services, and in 2011 it published an article by James L. Gattuso, a senior fellow at the Foundation, that recommended deep cuts to the postal workforce, closing post offices and other facilities, and ending Saturday delivery.  The article currently appears on the website of Darrell Issa’s Committee on Oversight & Government Reform.

Heritage Action for America, an arm of the Heritage Foundation, is run by Michael A. Needham.  Last year, the organization lobbied against the 21st Century Postal Service Act of 2011 (S. 1789) because it mandated Saturday delivery for two years, required a lengthy procedure to close processing facilities, and lowered the amount the Postal Service must contribute to the retirees health benefit fund.  Heritage Action instead supported the bill put forward by Darrell Issa and Dennis Ross, which would have ended Saturday delivery, made it easier to close facilities,, and cut benefits for postal workers.

FreedomWorks is also cited in today’s Times piece as an opponent of Obamacare and architect of the shutdown.  According to a 2010 New York Times article, “the Washington advocacy group that has done more than any other organization to build the Tea Party movement.”  Media Matters says the organization received $12 million from Koch family foundations.  The FreedomWorks website states explicitly that the organization advocates privatization of the Postal Service.  It has recently sponsored a petition campaign calling on Congress to “drastically alter the structure and organization of the Postal Service.” 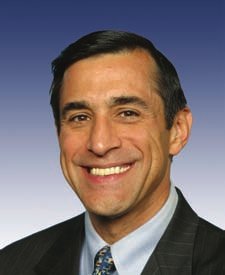 The Tea Party has been active in dismantling the Postal Service.  For example, it ran a petition drive last year supporting Issa’s Postal Reform Act to begin “the process of chipping away at insolvent federal programs and agencies.”  As of June 28, 2012, over 30,000 letters and emails had been sent.  (See Frank Rich’s “The Billionaires Bankrolling the Tea Party” for more.)

Conservative Action Project, which was founded by former Attorney General Edwin Meese III, figures prominently in today’s Times article as one of the main architects of the plan to use a government shutdown to stop Obamacare.

Meese has an interesting history with the Postal Service.  When President Reagan nominated him to be Attorney General back in 1984, it was revealed that Meese had paid no interest for over 20 months on a $60,000 unsecured loan from a trust headed by John McKean, a California accountant whom he barely knew.  McKean was later appointed, with the help of Meese, to the Postal Service Board of Governors.

While chairman of the BOG, McKean indicated the board might take a more active interest in postal privatization to help cut costs.  McKean later resigned from the BOG when the GAO determined that Postal Service funds were improperly used to pay for a counsel to represent McKean at Meese’s confirmation hearings. The Office of Government Ethics also found that McKean appeared to have “used his position as chairman of the Board of Governors to influence the postmaster general’s award of a contract to a client of his own accounting firm.”

In 1987, a special prosecutor was appointed to investigate Attorney General Meese, and even though he found various instances of wrongdoing, no charges were filed.  The Associate Attorney General Arnold Burns subsequently resigned in protest of Meese’s improprieties.  Burns died last week, and his obit in the Times is all about his resignation.