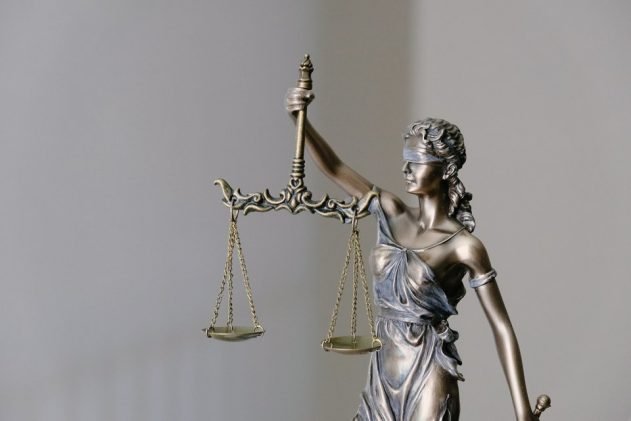 After six years of debate and deliberation, hundreds of pages of stakeholder comments, several previous PRC orders evaluating these comments, an appeal by UPS to federal court, and God knows how many hours of attorney fees (some paid by corporations like UPS and Amazon, some by taxpayers), the Postal Regulatory Commission has issued what it surely hopes will be its final order relating to the institutional cost contribution requirement for Competitive products.

Order No. 6399, issued on Monday of this week, runs to over 280 pages. The main question it addresses is what is the “appropriate share” that Competitive products should contribute to the Postal Service’s institutional costs. The order reviews the entire history of the “appropriate share” issue, going back to the legislative background of the 2006 Postal Accountability and Enhancement Act. It then responds in detail to an order from the D.C. Circuit Court remanding an earlier PRC order, and it concludes by “finalizing” the rule on the appropriate share it had previously approved.

On one side of the debate is the United Parcel Service, which has been trying for many years to get the PRC to change how it allocates costs so that the Postal Service would need to raise rates on the products with which UPS competes. Supporting UPS in this effort are two conservative, free-market think tanks, the Lexington Institute and the American Consumer Institute. On other side of the debate are the Postal Service, Amazon, Pitney Bowes, and a group of mailers associations, including the Parcel Shippers Association, all of which, for one reason or another, benefit by maintaining lower shipping rates.

The issues in the case go back to 2006, when PAEA divided postal products into Market Dominant (letters, flats and periodicals) and Competitive (priority and most parcels). In order to prevent the Postal Service from using revenues from Market Dominant products to defray costs from Competitive products, which would be unfair to competitors like UPS and FedEx, PAEA required each product to cover its attributable costs (those that are caused by or otherwise associated with a particular product) and also to contribute an “appropriate share” to institutional costs (the fixed costs that can’t be associated with a particular product).

In 2007, based on Competitive products’ historical contribution to institutional costs during the previous two years, the Commission set the minimum contribution at 5.5 percent. PAEA also directed the PRC to revisit the appropriate share regulation at least every 5 years to determine if the minimum contribution requirement should be “retained in its current form, modified, or eliminated.”  The first review maintained the 5.5 percent floor, but the second review, initiated in 2016, led to a significant change.

Those numbers, it should be emphasized, represent just the floor. In actuality, Competitive products have been contributing much more than the minimum: 30.8 percent of total institutional costs in FY 2020, 39.2 percent in FY 2021, and 38.1 percent in FY 2022.

Because Competitive products have been contributing an amount several times greater than the floor set by the new formula, several commenters, including Amazon and the Parcel Shippers Association, have argued that the minimum contribution is no longer necessary and should simply be eliminated.

UPS, however, has not been satisfied with even these relatively large contribution numbers, and it has persisted in trying to get the PRC to require the Postal Service to allocate more costs to competitive products. UPS challenged the PRC’s 2018 order approving the formula-based approach in the D. C. Circuit Court and won a decision remanding the order back to the PRC for further consideration and clarification. At issue was the technical language used in the statute describing the standard for which costs should be viewed as attributable and which should be viewed as institutional. In this week’s order, the Commission responds to the issues identified by the court but stands by the formula-based approach it had developed previously.

Moving toward a “fully distributed” cost methodology was one of the recommendations of the report by President Trump’s Task Force on the Postal Service. (One can safely assume that this recommendation was the result of lobbying by UPS.) According to the Task Force, “the USPS’s current cost allocation methodology is outdated, leading to distortions in investment and product pricing decisions.” In order to reduce this “distortion,” the Task Force recommended that “the USPS and the PRC develop a new cost allocation model with fully distributed costs to all products, services, and activities.”

The recently passed Postal Reform Act (Section 203) also calls for a PRC review of the costing methodology “to determine whether revisions are appropriate to ensure that all direct and indirect costs attributable to competitive and market-dominant products are properly attributed to those products.” (Again, the provision was probably the result of lobbying by UPS.)

One of the more straight-forward proposals offered by UPS would attribute the institutional costs to various products based on their percentage of attributable costs. Here’s how that could affect postal rates. (The following analysis is not part of the Commission’s order.)

According to the USPS Annual Compliance Report released a couple of week ago, in FY 2022, Competitive products contributed $12.46 billion to total institutional costs of $32.71 billion — a contribution of 38.1 percent of the total. Attributable costs for competitive products were $20.7 billion out of a total of $47 billion — 44 percent of the total attributable costs.

If institutional costs were distributed based on the attributable cost percentages, competitive products would need to contribute 44 percent rather than 38 percent of institutional costs. In order to maintain the current profit margin on competitive products, the Postal Service would need to increase revenues by about $2 billion a year and raise rates by 6 percent. That, presumably, would be on top of the regular annual increases necessary to keep up with rising expenses and inflation.

With billions of dollars at stake, then, it’s easy to see why UPS has been working so hard for costing methodologies that will drive up USPS rates. Spending millions on legal fees, lobbying, and campaign contributions is well worth the cost if it means winning a larger market share and increasing profits. That’s why UPS may once again challenge the Commission’s “final” order on the appropriate share issue. It may not be the final word at all.

The aim of UPS and its free-market allies is to increase the costs — and consequently the rates — for Competitive products. Higher cost allocations would not in themselves require the Postal Service to raise prices — it could just accept a lower profit margin — but price increases would be the most likely outcome.

Higher rates could make some USPS products simply unsustainable. At the least, they would drive away business to the Postal Service’s competitors and lead to higher prices for consumers. That’s the concern expressed by the Commission in this week’s order:

Most significantly of all, the arbitrary allocation of institutional costs to Competitive products could undermine the Postal Service’s ability to effectively compete in the market for competitive postal services because it could force the Postal Service to either stop offering products that were actually helping to cover institutional costs, or to raise product prices to unsustainable levels relative to other competitors in the market. Either outcome would lead to less rigorous competition in the market. Customers would have fewer options and there would be fewer constraints on the prices charged by competitors. (Page 109)

Constraining the prices charged by competitors has always been one of the main reasons the Postal Service delivers packages. The Post Office only got into the parcel post business in the early 1900s because the private express delivery companies were working together to keep prices high. Competition from the public Post Office was thus a way to keep the private companies in check. And that’s as true now as it was a hundred years ago.