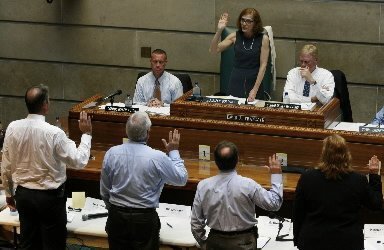 On Friday the White House announced that President Obama was nominating Tony Hammond as the fifth commissioner on the Postal Regulatory Commission (PRC).  No offense to Mr. Hammond, but that’s probably not good news for communities trying to save their post office or processing plant, and it’s not good news for postal workers either.

The PRC is supposed to have five commissioners, but for months now, there have been only four, and we’ve been waiting to hear who the President would nominate to fill out the term of Commissioner Dan Blair, which runs to November 2012.  According to US Code, “Not more than three of the Commissioners may be adherents of the same political party.”  Currently there are two Democrats — Ruth Goldway and Nanci Langley — and two Republicans — Mark Acton and Robert Taub.  Obama could have appointed a Democrat, but instead he chose Hammond, a Republican.

It’s not that Hammond is ill equipped to be a Commissioner.  He was on the PRC from 2002 to 2010, and he served twice as its Vice-Chairman.  He obviously knows the ropes.

Still, with all those years on the PRC, you wouldn’t say Hammond brings a fresh perspective to the Commission, and he is definitely hard-core Republican.  For much of his career, he was a Republican political operative.  From 1989 to 1994, he was the director of the Missouri Republican Party, and in 1998 he was Director of Campaign Operations for the Republican National Committee.  Hammond was involved with postal matters during the ten years he served on Capitol Hill on the staff of Southwest Missouri Congressman Gene Taylor, the Ranking Member of the Post Office and Civil Service Committee.

Hammond also learned about the Postal Service when he worked as the VP of a direct marketing business.  That experience has probably given him a particularly sympathetic understanding of issues facing direct marketers, who play a big role in influencing postal policies, rates, and so on.

Politics shouldn’t matter in PRC decisions, but they do.  Since Commissioners perform in a manner similar to judges, they are supposed to make rational decisions based solely on the evidence, independently of their politics.  But as we’ve seen with the Supreme Court, justices are human and inevitably influenced by their political persuasion.

Nothing’s more political than postal business.  Efforts to downsize the Postal Service are greeted with applause by anti-government, anti-union Republicans, while Democrats have shown more interest in protecting postal jobs.  Since Republicans don’t like government regulation of business, they’re less inclined to favor a strong role for the PRC than Democrats might be.

But the Postal Service is not a private business, and postal politics often make strange bedfellows.  In the case of the exigent rate increase, for example, the mail industry actually found itself — at least for a moment — siding with the PRC when it turned down the Postal Service’s request for a rate hike last year.

Preserving post offices is another unique case.  Elected representatives on both sides of the aisle have been hearing it from their constituents about post office closings.  That’s why proposed legislation coming out of a bipartisan committee in the Senate has an amendment that would make it harder to close rural post offices.

The consolidation of processing plants is yet another case where geography often matters more than politics.  Many Republicans, who generally favor cost-cutting measures like closing plants, have been fighting to save the plants in their districts.

With a Republican-dominated PRC, it’s hard to imagine many appeals on post office closures winning a “remand” decision.  It’s been hard enough getting a victory with two Democrats and two Republicans.  Of the last twenty decisions, just two were remanded, and only Chairman Goldway has issued dissents from decisions to affirm the closing. 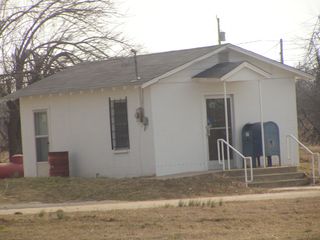 You can get an idea of how Hammond feels about remanding decisions by looking at the dissenting opinion he co-authored on the case of the post office in Rentiesville, Oklahoma.  That office was closed for an emergency suspension in 2004, six years after the discontinuance process had been initiated.  In 2010, the Postal Service moved to formally close the post office based on data and public comments that were by that time twelve years old.  For that reason, the PRC remanded the decision for further consideration.

In his dissent Hammond wrote, “Remanding this determination requires the Postal Service to engage in a process which will most likely yield the same result as the one it came to in this current case.”  As unusual as the Rentiesville case was, that kind of thinking could be applied to any closing decision the Postal Service makes, and it doesn’t bode well for future appeals.

Hammond’s nomination needs to be confirmed by the Senate, so he won’t be playing a role in the Advisory Opinion on the Retail Access Optimization Initiative, which will be out soon.  But he will be part of the Advisory Opinion on the AMP consolidation and new service standards, which should begin this week.  That case, like the Advisory Opinion on five-day delivery, could get complicated.  The unions are obviously opposed, since the consolidation plan will cost over 30,000 jobs, and stakeholders who do time-sensitive mailings won’t like slower delivery times.  But much of the industry favors anything that keeps rates down, so they’ve been all for cost-cutting measures.  Republican commissioners are more likely to side with those stakeholders and the Postal Service when it comes to reducing the workforce.

The Obama administration may have had its reasons for nominating a Republican to the open spot on the PRC.  Perhaps it chose not to use the political capital that might have been required to get a more controversial Democratic candidate though a Senate confirmation.  Having served for eight years on the PRC, Hammond will win approval in the Senate without a hitch.

Or perhaps Obama was simply following a little known custom.  Earlier this year, the APWU Oakland (California) Local #78 sent out a call for action encouraging postal employees to contact their elected representatives and urge Obama to name a Democrat to the PRC.  The press release added parenthetically, “We have been advised by the Regional office that by practice, the opposing party is usually given deference to name a Commissioner.”  Maybe, but Obama had already nominated Taub, a Republican, and the custom has probably not always been followed.

Anyway, you have to wonder.  Maybe someone in the White House press corps will put the question to Obama at the next press conference: Mr. President, what were you thinking?

(Note: An earlier version of this post erroneously stated that Hammond’s term would run four years, to 2016.  In fact, his term would only finish off Dan Blair’s term, to November 2012.)

(Photo credit: PRC chairman Ruth Goldway swearing in witnesses for the hearing for the Advisory Opinion on eliminating Saturday delivery, with Commissioner Hammond to her left.; Rentiesville OK post office.)