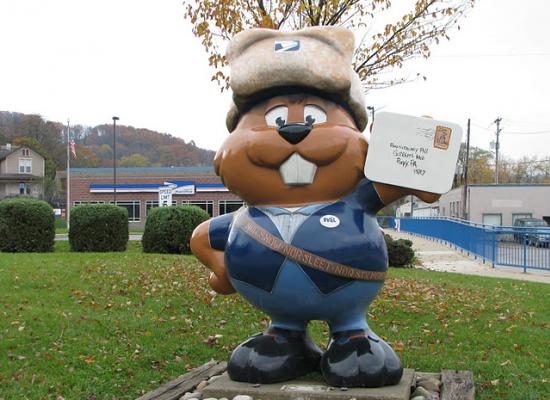 Another week of post office closing news — rallies to protest the downsizing, briefs filed at the PRC, road trips to visit threatened post offices, complaints about the closing process, a letter from Ralph Nader to the Postmaster General asking for empathy, and more on the Village Post Office, a concept that just won't go away.  Here’s a wrap-up of some of the week’s news. 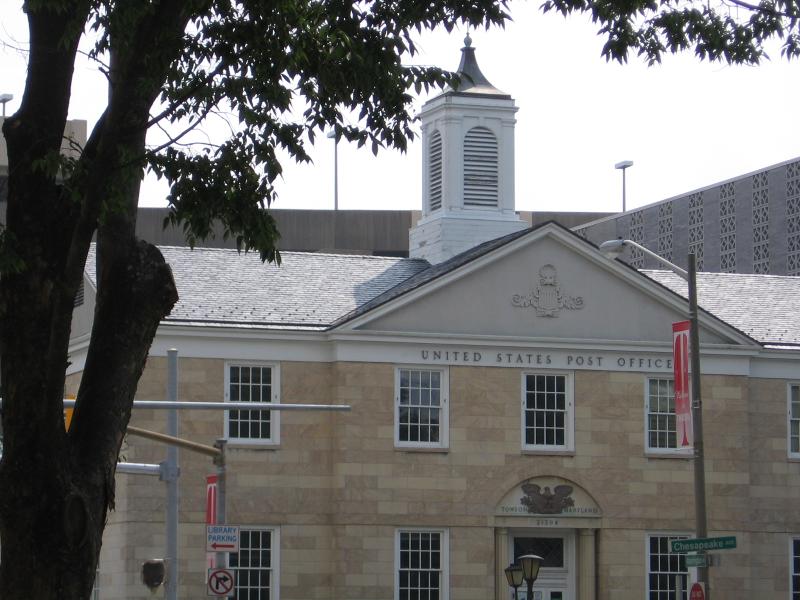 Rallies to save the Post Office and the Postal Service

Baltimore, MD: On Sunday, Nov. 13, there was a rally to “Save Your Local Post Office” taking place at McKeldin Park in downtown Baltimore (Inner Harbor Pratt & Light Streets).  “Bring your family, your wife, your son or daughter, father or mother,” said the announcement.  There are ten post offices in Baltimore on the closing list, including the historic Towson post office on Chesapeake Avenue.

Bronx, NY: On Monday, Nov. 14, there will be a rally in front of the Einstein post office in the Bronx, New York, at 8:30 a.m.  Co-op City in the Bronx is facing the loss of two post offices, the Einstein and the Dreiser Loops, which together serve some 55,000 residents of Co-op City, the largest NORC (Naturally Occurring Retirement Community) in the United States. 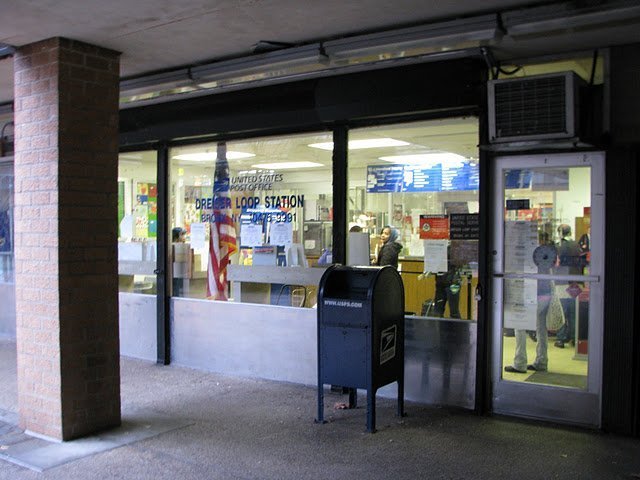 Sparks fly at the PRC: The Postal Regulatory Commission is heading down the homestretch on its Advisory Opinion about the Retail Access Optimization Initiative (RAOI), the Postal Service plan to close 3,650 post offices.  Over the past ten days, both sides have submitted “initial briefs” summarizing their arguments and “reply briefs” critiquing the other side’s initial briefs.  The main issue is whether or not the RAOI complies with Title 39 and the PAEA, but that takes in a lot of other matters, like the method used by the Postal Service to select post offices for closure study — which seems biased toward picking small rural post offices — and problems that have already emerged with how the closing process is being conducted.  Because the PRC conducts its study as a quasi-legal process — with witnesses, testimonies, and cross-examinations — the credibility of testimony becomes significant, and the lawyers naturally go at each other’s witnesses with considerable enthusiasm.  Still, it was disconcerting seeing just how vehement the ad hominem attacks got this week.  Even the chairman of the PRC, Ruth Goldway, was not spared when the Postal Service made its case by attacking all of the witnesses against the RAOI and just about everyone else in sight.  You can check out the briefs on the PRC website, here, and there's an interview with Goldway here.

PRC says no to Pimmit: The number of appeal cases at the PRC just keeps growing — sixteen dockets have been opened since the first of November (though a few of the appeals were premature since the post office hadn't yet been issued a final determination).  The PRC said no on Thursday to a request that the Pimmit branch, Falls Church VA, remain open while the appeal was being considered.  That was disturbing and confusing because the PRC has long maintained (and reiterated in its decision) that stations and branches should get the same closing process as a main post office, and that usually meant allowing offices to stay open during appeals.  The two commissioners who voted to allow the post office to close on Friday did not provide a rationale for their decision.  Chairman Goldway dissented.

Post office road trip in Kansas: In Kansas, Marci Penner, director of Kansas Sampler Foundation, an organization dedicated to preserving rural culture, declared November 9 as a day to "Put Your Stamp On It."  Marci and her assistant director WenDee LaPlant took a road trip down K-99 to visit seven of the 152 Kansas post offices on the closing list.  They  also bought $381.56 worth of stamps to support the post office.  Check out their you-tube videos, here and here. 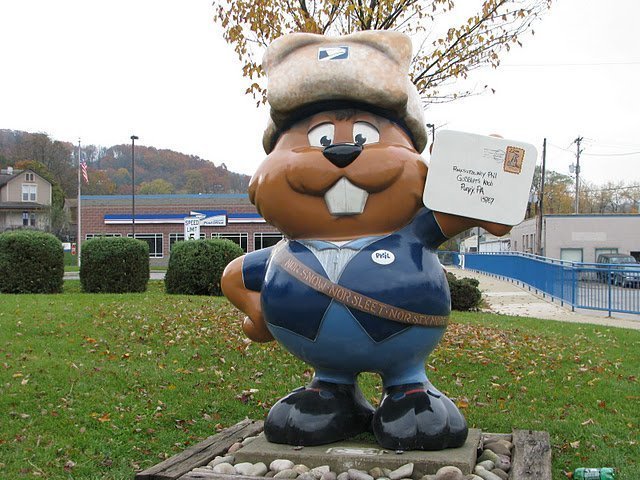 Going Postal, on the road again: Evan Kalish, intrepid road tripper of Going Postal fame, has been slipping away from grad school for weekend drives to photograph post offices in Pennsylvania and, most recently, Maryland.  He braved the nor’easter in early November to get images of rural PA and almost got stuck in Punxsutawney like Bill Murray in “Groundhog Day.”  It was worth it, though — he got a picture of Punxsutawney Phil the mailman.  Last week Evan put together a great post on carrier annexes, and this week, all you ever wanted to know about postmarks for Veteran’s Day (11/11/11). 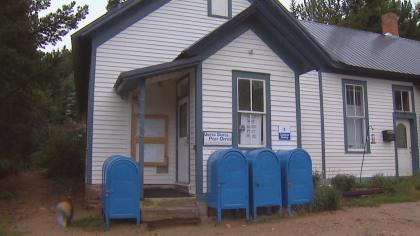 Historic Colorado post office threatened: In Ward, Colorado, the group “Citizens to Save the Historic Ward Post Office” is protesting the way the Postal Service has been conducting the closing process.  They’ve complained that the USPS would not schedule the community meeting at a time when most customers would be able to attend, and when they asked for financial information about the post office, they were told they’d need to file an FOIA request.  The group says the Proposal to Study is filled with inaccuracies about the historic significance of the post office, the number of businesses and nonprofits in the area, and the disadvantages of proposed alternate service to customers — the nearest post office is a half-hour drive away on mountain roads.  “In essence,” says one member of the group, “the USPS has totally ignored the community, legislators, historic societies, as well as disregarding rights of citizens. . . This whole closing process is a SHAM.” 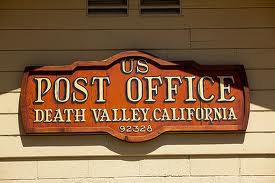 Emergency in Death Valley: In Death Valley, California, the post office faces closure, and the community has had its meeting with postal officials.  But it looks like they may not make it through the full discontinuance process because the Postal Service is apparently preparing for an emergency suspension.  The postmistress is gone, and there’s a temporary postmaster filling in, but the Postal Service may put the post office under emergency suspension for lack of personnel to run it.  This doesn’t sound like an “emergency,” and someone at the community meeting said there was talk that the Postal Service was planning to close the post office even before the postmistress left her position.

Another AMP hearing and concerns about national security: The Public hearing on the planned closure of the Williamsport P&DC is scheduled for Thursday, November 17, at 6:30 p.m. at the Genetti Hotel in Williamsport.  Steve Lunger, President, APWU Local #2007, says the closure would slow down the mail for entire north-central tier of Pennsylvania (169– and 177– zip codes), which would severely impact local newspapers and mailers.  Lunger is also concerned that cutting the processing network will have a dangerously negative effect on national security.  Consolidating away 250 plants — and running the remaining plants 24 hours a day — makes the system more vulnerable to a wide variety of potential problems, like a failure of the power grid, a Katrina-like disaster, a cyber attack, or a terrorist attack.  In view of these vulnerabilities, Lunger has asked President Obama to issue an Executive Order to direct the USPS to maintain most, if not all, of its current network.

The Village Post Office, still being touted: A couple of weeks ago the Postmaster General backed off the Village Post Office concept as an alternative to actual village post offices, but apparently not everyone got the memo because the idea continues to come up at community meetings.  In Dola, Ohio, for example, the USPS rep told the small audience that had gathered on Wednesday for its community meeting that the VPO was an option and explained how it could sell Forever stamps and prepaid shipping boxes.  The USPS official overseeing the post office closings in the Boston area recently told a reporter for the Watertown Patch that alternatives to the traditional post office branch included a "village post office," which often sits in supermarkets, drug stores or other locations. 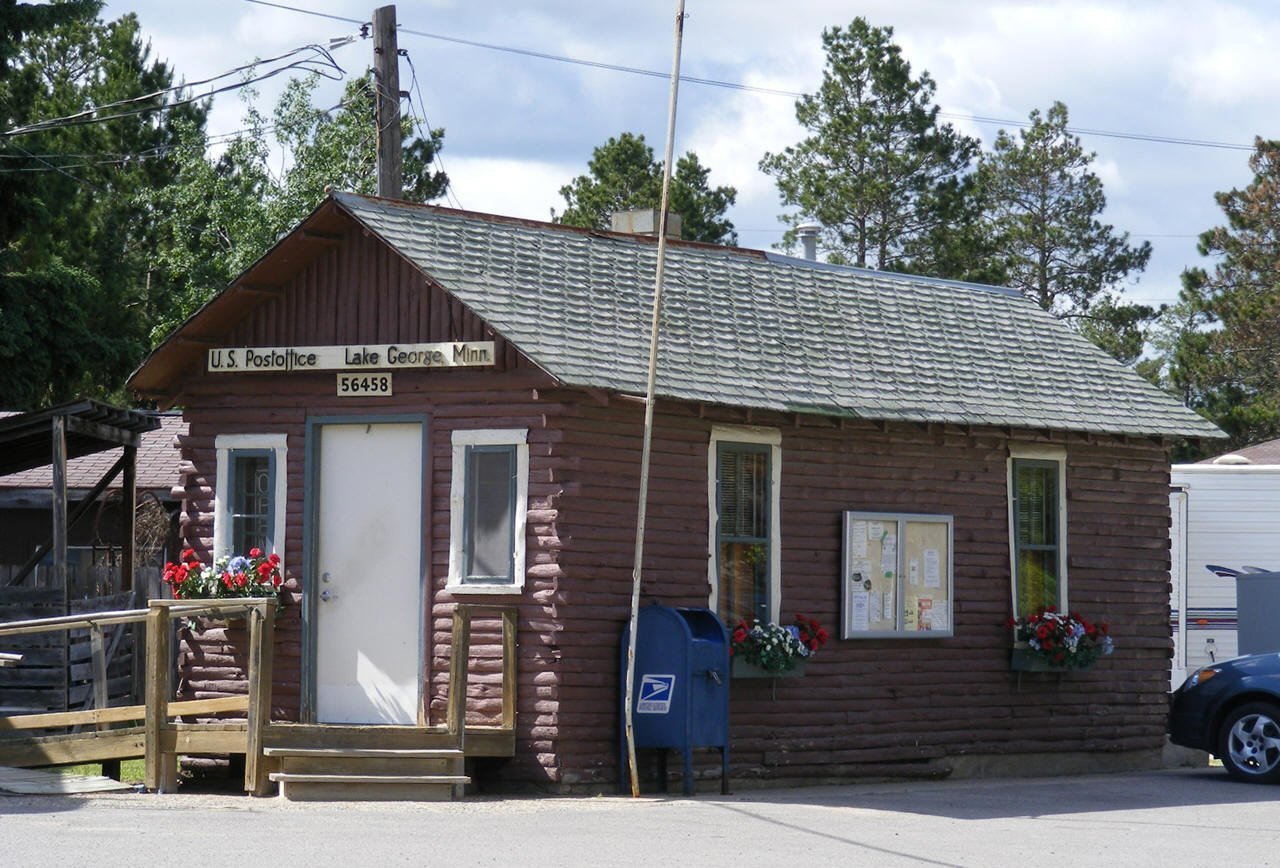 In Lake George, Minnesota, there's a historic log cabin post office that is one of the world’s smallest post office.  According to the Bemidji Pioneer, at the community meeting to discuss closing the post office, the manager of post office operations told folks that one option was to do postal business with the carrier, and another was the Village Post Office.  Next door to the post office is a convenience store where a VPO could be placed, but the owners didn’t attend the meeting.  The Postal Service manager apparently also informed the audience that the Postal Service is in trouble "because strong labor unions and the snail’s pace of legislative change are hampering the ability to make quick and sweeping changes to right the ship."

Ralph Nader writes the PMG: Ralph Nader wrote a letter to Postmaster General Donahoe (Nov. 9, 2011) in which he reminded the PMG that "the Postal Service is a public institution with public requirements of service unique to its historic mission . . .  The USPS is not just another business.”  Nader also asked the PMG to issue a report on exactly what the Postal Service has been doing to expand revenues and really “sell postal services vigorously.”  Nader also urged the PMG to “empathize deeply with the plight of rural people and the loss of the physical federal presence of the local post offices in their communities.  People in rural communities have relied on them for a long, long time.  Build them up, rather than close them down. Your imagination and ideas should rejuvenate the USPS!”

Nader also called the Postmaster General’s attention to another letter that had been sent to him in October by the Appleseed Network, encouraging the Postal Service to resurrect the Postal Savings System.  The program, which operated from 1911 to 1966, offered federally insured savings accounts to the unbanked, rural residents, and low-income wage earners, as an alternative to the “less prudent — and frequently predatory— financial services available at check-cashing outlets, pay-day lenders, and pawn shops.”  Appleseed says the time has come to bring back the system to help immigrants, and it will provide additional revenue to the Postal Service as well.  It's a great idea, but don't hold your breath.

Much more than stamps: And to round things out, a video about the oldest working post office in Florida — on the closing list.