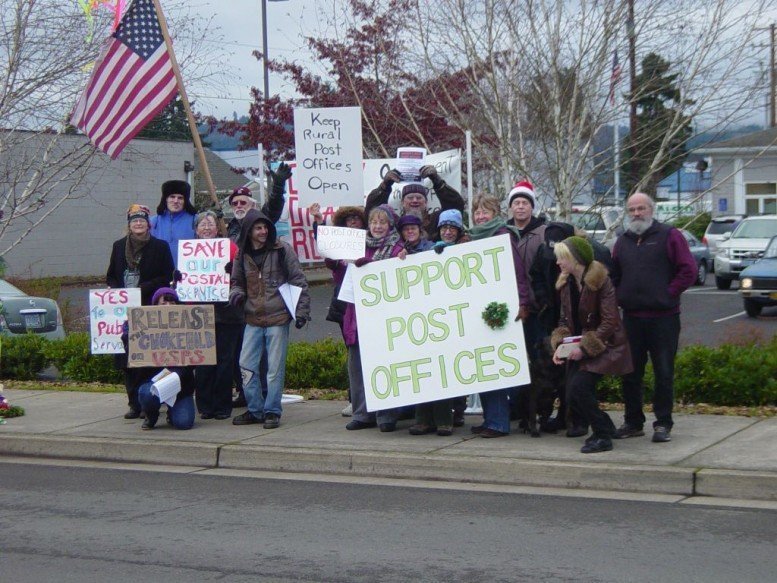 The protests over closing post offices and mail processing plants continue, despite the moratorium on closures.  The Postal Regulatory Commission splits down the middle on decisions about appeals on closings.  Another New Deal post office closes, sold to the highest bidder.  And the anger just builds.  Here’s a roundup of the week’s news.

Occupy Tucson: On December 28, the Occupy Tucson movement, postal unions, and Jobs with Justice united to protest the closing of the Cherrybell mail processing plant in Tucson, Arizona.  The demonstration took place outside the public meeting where the Postal Service was making its presentation for the consolidation plan.  This video has some clips of the protest as well as an excerpt of the slick video the Postal Service presented at the meeting.

Occupy Oregon: On Monday, December 19, the Rural Organizing Project coordinated rallies across the state of Oregon to protest the Postal Service’s plan to close rural post offices.  Over twenty-three communities fought back against the push to privatize the Postal Service for corporate profit.  Here’s a roundup of the day’s activities, a slideshow, and video.

ON January 8, there will be another “Save the Post Office” rally in downtown Portland, this one organized by Occupy Portland.

Packing in the meetings: During the final week of 2011, the Postal Service packed in 22 public meetings (plus 12 the week before] on mail processing plants being studied for closure.  The moratorium on closing post offices and plants says only that they won’t be closed before May 15 — but the closure studies continue.  And apparently the moratorium doesn’t apply to seventeen plants where the implementation had already begun.  Public comments are due in a couple of weeks.  You can see where to send your comments by going to the last page of the presentation material for each facility, here. 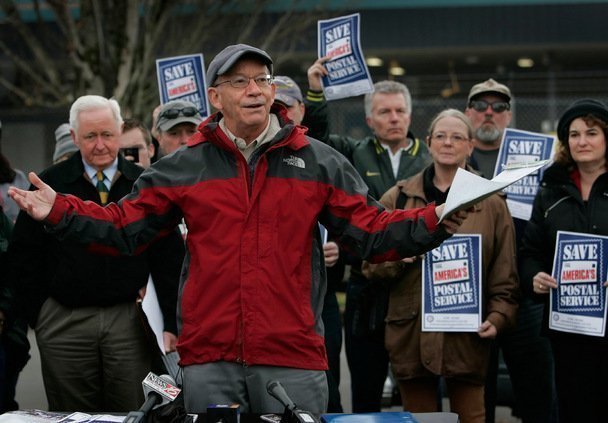 How the “news” becomes “history”: The Postal Service acknowledges that the consolidation plan will slow down the mail, but postal workers at the consolidation meetings are saying it will be much worse than the Postal Service admits.  One thirty-year-veteran mail clerk at the meeting on the Gateway plant, which serves southern Oregon, said the closure of the processing center would result in “massive mail failings,” and would be a killer for weekly newspapers, which could be delayed several days.  If that happens, he said, “You start producing a history, not a newspaper.”

Advisory Opinion on the Rationalization plan: While the Postal Service continues its closure studies on the processing plants, the Postal Regulatory Commission is getting started on the process for its Advisory Opinion on the Network Rationalization plan.  Since the Request for an Opinion was submitted by the Postal Service on December 5, twenty parties have filed a “notice of intervention” indicating they will participate.

The cast of characters is roughly the same as in 2006, when the PRC did an Advisory Opinion on the Evolutionary Network Development (END) strategy, the Postal Service’s earlier plan to rationalize the processing and delivery network.  You can see that 2006 Advisory Opinion here, and the docket is here.  If you’re interested in getting a preview of what side of the issue the participants are on, take a look at their briefs for the 2006 case. 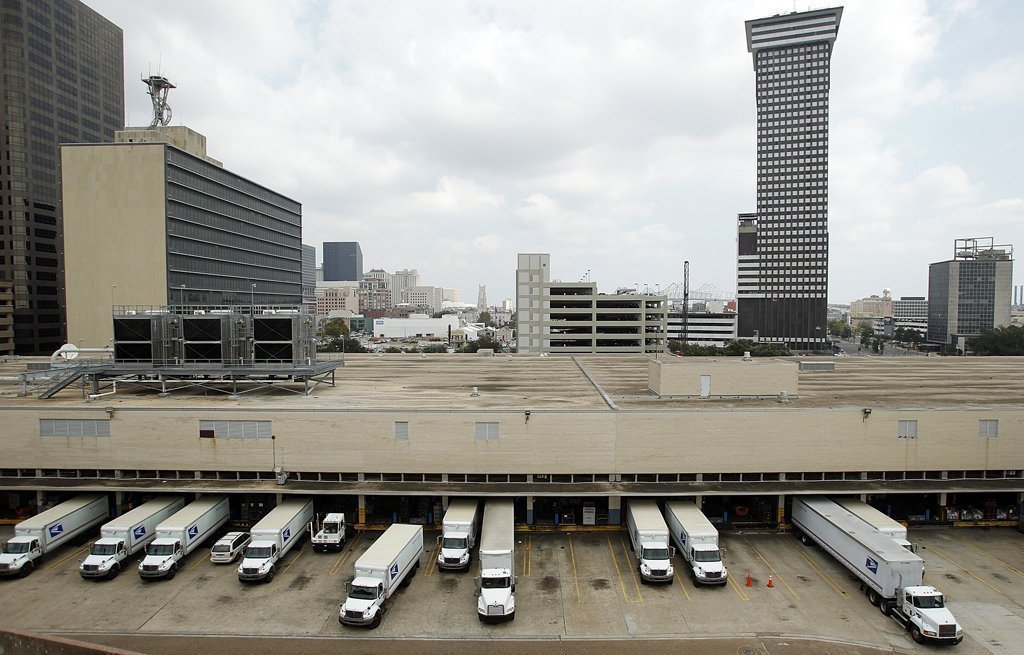 As expected, stakeholders in the direct mail industry, like DMA, favor the plan since they think it will keep costs down and keep postal rates down, whereas the periodicals stakeholders are more concerned about delivery speed than rates.  One interesting note is that this time around the City of New Orleans will be one of the interveners— the city stands to lose its mail processing plant on Loyola Avenue in the heart of downtown, which employs 680 workers.

Appeals on closing at the PRC 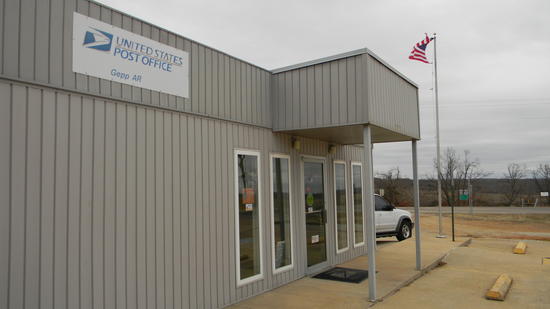 One remand: The appeals continue to arrive at the PRC faster than the Commission can issue decisions.  This week nine appeals came in, and the Commission issued eight decisions.  Seven closing determinations were affirmed, and one — for Gepp, Arkansas — was remanded back to the Postal Service for further consideration.  The Gepp office had been closed for an emergency suspension because the Postal Service said it was unable to find a replacement for the officer-in-charge, who was offered a position at another post office.  The record was filled with statements from the Postal Service that were challenged by residents and other evidence (the PRC’s decision is here).

And seven affirms, with dissents on all of them: PRC Chairman Ruth Goldway dissented on all seven decisions to affirm the closing, and Commissioner Nanci Langley joined her on six of them.  It takes a majority to remand a decision, so that means six post offices will close with the Commission evenly divided, two to two.  The PRC is awaiting the Senate confirmation of Tony Hammond as the fifth commissioner, but that’s probably not going to help the appeals much.  The split has been along party lines, with the two Democratic Commissioners voting in favor of a remand, and the two Republicans voting to affirm the closing decision.  Hammond is a Republican.

The dissents cited several issues, such as the Postal Service’s failure to include the cost of paying out the remaining years on the lease and its method of calculating economic savings based on a full postmaster salary when the office was staffed by non-career personnel who earn far less.  Chairman Goldway also included the following passage in each of her dissents: “Moreover, the Postal Service recently announced a moratorium on post office closings.  It is confusing and perhaps unfair to require some citizens whose post offices have received a discontinuance notice as of December 12, 2011 to gather evidence and pursue an appeal to the Commission, while others whose post offices were in the review process, but had not yet received a discontinuance notice by December 12, 2011, have the respite of a 5-month moratorium.”

By the way, one of the new appeals filed this week was for the post office in Parlin, Colorado, but the notice from the Postal Service has the Parlin office located in Wyoming, which the petitioner found “particularly offensive.”  She writes, “We would ask you to revisit the map of Colorado, particularly Gunnison County, before making any irrevocable decisions about which post offices to close.  We further ask that those of you who live in urban areas “walk in our shoes” for a while before finalizing this decision.” 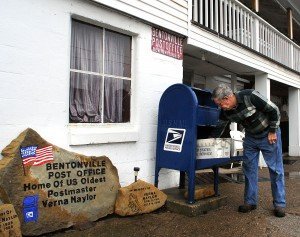 That’s dedication: The post office in Bentonville, Ohio, will be closing soon, now that the appeal to keep it open has failed.  As with so many other recent decisions, the PRC vote was two to two, with Goldway and Langley dissenting, but a tie favors the Postal Service’s decision to close.  There’s been a post office in Bentonville for 160 years, and for the past 68, it’s been operated by members of the same family, out of their own home, where the rent is $1500 for the entire year.  The Naylor family wanted to find a way to make the post office more economical for the Postal Service, but they were never given a chance.  “My mother was dedicated to being postmaster,” said Harriet Naylor.  “The day she died, she called from her death bed in the hospital because she was concerned if the mail was ready to go out.”

More news of the week 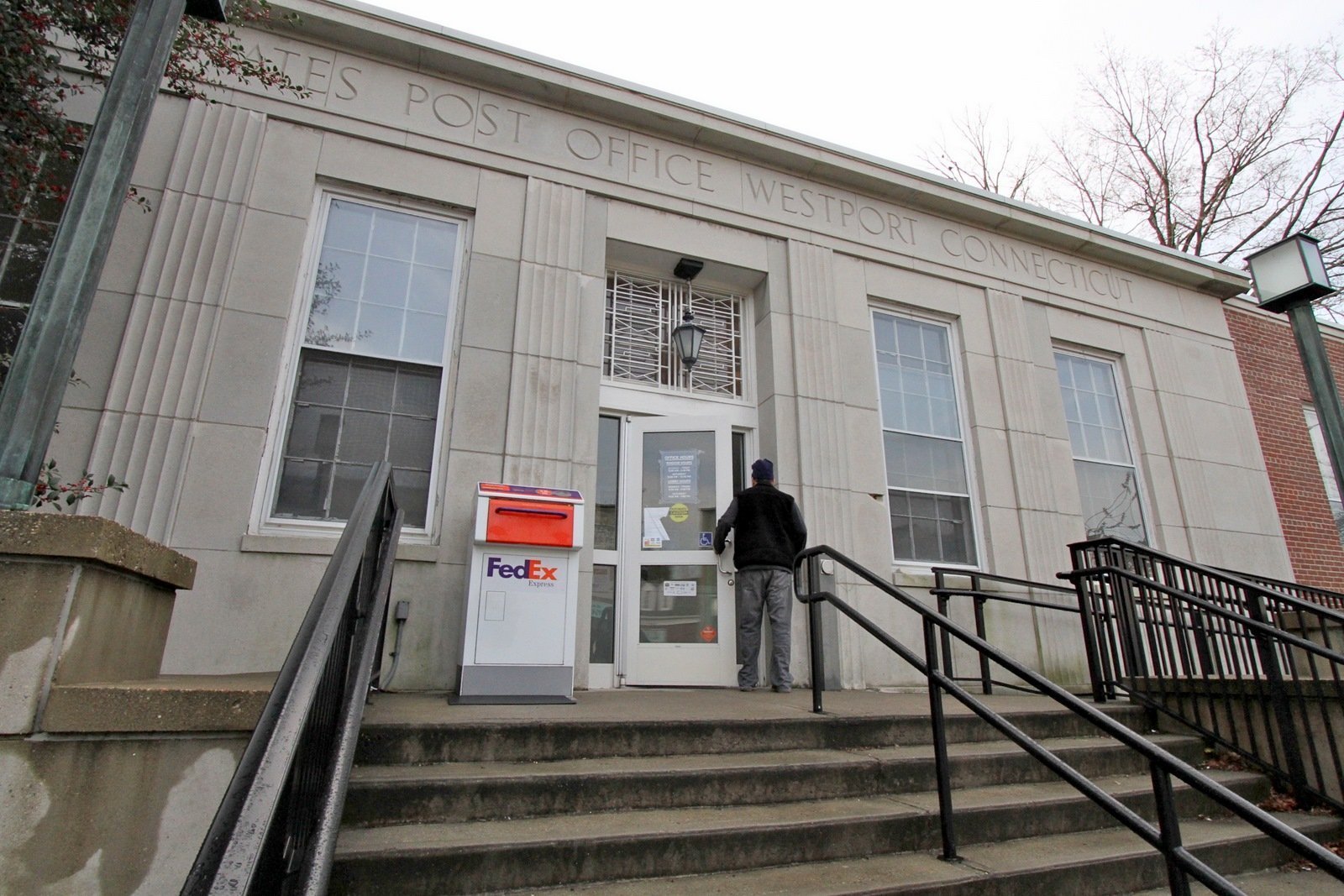 Another New Deal post office closed & sold: The post office in Westport, Connecticut, closed for good on Saturday.  It’s another of those New Deal gems that the Postal Service decided to sell off.  The building was sold a few months ago for 2.35 million, and the post office relocated to a smaller, leased space.  Since it was a “relocation,” the decision didn’t need to go through a normal discontinuance process.  The community, therefore, had no real opportunity to protest, and now this historic 1937 post office is going to be turned into a restaurant or retail store.  More on the Westport office, here. 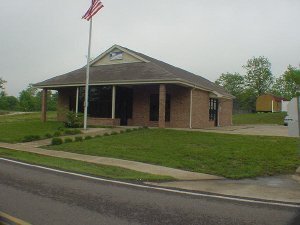 Make a stink to save the post office: The post office in Cottage Grove, Tennessee, is one of the 3,300 still being studied for closure under the Retail Access Optimization Initiative (RAOI).  In many ways, Cottage Grove is typical of the rural post offices on the RAOI list — the identity of the town is closely connected to having a post office, a lot of people in the town don’t use computers or the Internet, and the community is very upset about the possibility it will close  One thing sets Cottage Grove apart, however.  Many of the people who live there are Mennonites, and their faith teaches them to avoid conflict, so they aren’t making a fuss about the potential closing.  Their neighbors, on the other hand, are mainly Baptists, and according to the Rev. Mike Waddey, pastor of Cottage Grove Baptist Church, “We know how to make a stink. It’s the squeaky wheel that gets the grease — so that’s all I know how to do.”  The Mennonites use the post office in unique ways, like doing “circle letters,” which are sent from one family to another, with notes added along the way — a low-tech form of social networking. There’s a great article in the Tennessean with more on the story.

The fury that won’t go away:  Citizens in Snyder, Morse Bluff, and Prague, Nebraska, have been fighting to keep their post offices.  One of those working to save the post office is Jerrine Racek of Morse Bluff.  She was pleased about the moratorium, which will give towns like hers more time to fight the closings.  “If the USPS hopes that the post office fury will die down with the extended delay, they are wrong,” she wrote her local newspaper. “Once we get past the holiday season, we will again stay on top of the issue and continue fighting to save our post offices.”