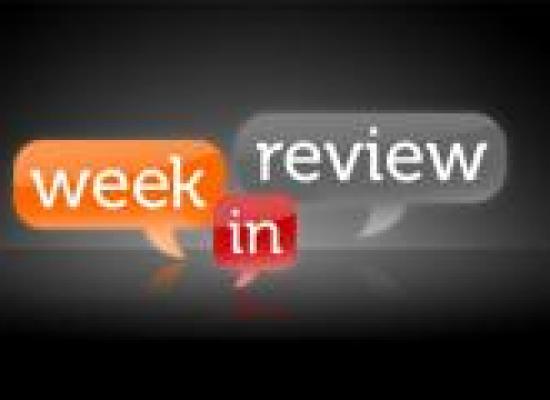 A couple of weeks ago, word leaked out that the Postal Service would put a temporary suspension on post office closings and plant consolidations to avoid problems during the holiday season.  The suspension was supposed to go into effect on Friday, Nov. 18, but some offices closed on Saturday and early the following week — right before Thanksgiving.  There's more evidence this week that the closing procedures are a mere formality — a "done deal" — and there are also news reports that the USPS managers running the public meetings are blaming the Postal Regulatory Commission for the final decision to close a post office.  There was another dissenting opinion on a closing decision from the PRC chairman, but overall, the PRC seems reluctant to challenge the Postal Service's decisions.  The only good news this week is that a few communities have heard their post office is off the closing list.  Here's a roundup of the week's news: 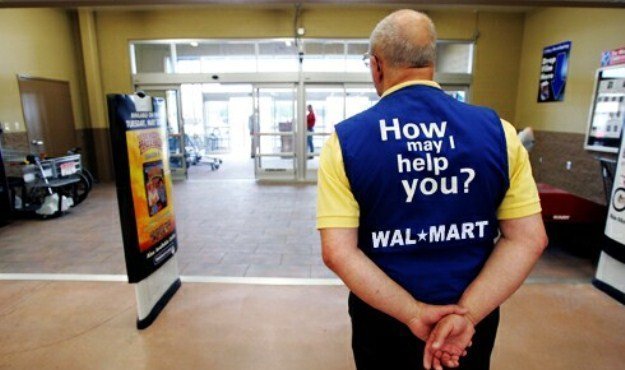 Something to be thankful for: On this Thanksgiving weekend, let us all give thanks to George Will, the Pulitzer-Prize-winning conservative columnist who always has the wisest word on any topic.  This week, we are blessed that Mr. Will gave a moment’s thought to the problems of the U.S. Postal Service.  As Occam’s' razor tells us, the simplest answer is usually the best, and Mr. Will has a beautifully elegant and simple solution to the postal crisis: privatize the Postal Service.  Just because the Constitution authorizes the government to establish post offices, Mr. Will observes, doesn’t mean it must: “Surely the government could cede this function to the private sector, which probably could have a satisfactory substitute system functioning quicker than you can say ‘FedEx,’ ‘UPS’ and ‘Wal-Mart.’”  The idea is so brilliant, it’s hard to understand why no one has thought of it before.  “All three are for-profit enterprises,” Mr. Will continues, “so they have an incentive to practice bourgeois civility — to be helpful, even polite. These attributes are not always found at post offices.”  It’s just this kind of eye-opening analysis that earns Mr. Will something on the order of $1.5 million a year, and he’s worth every penny.  Thank you, Mr. Will.  (For a thoughtful reply to Will, check out the post on Dead Tree Edition.) 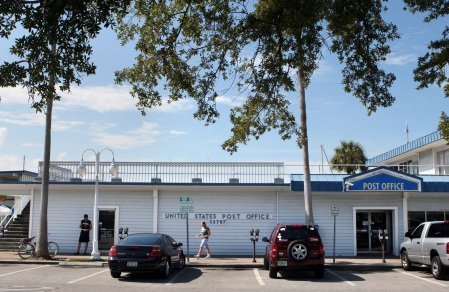 Free’s not good enough: The post office in Clearwater Beach FL is being studied for closure as part of the Retail Access Optimization Initiative (RAOI), but it looks like the Postal Service is not bothering to gather all the facts before making a decision. The lease ran out on Sept. 30, and the Postal Service, acting through a Dallas real estate specialist, had asked for a four-month extension at a reduced rent (from $3,400 a month to $3,200).  The city, which owns the building, said yes, even though that’s half market value.  Then the Postal Service asked to rent the building for free.  Before the city could decide what to do, the Postal Service specialist wrote back to say never mind: “We don't need to pursue this any further," read the email.  Apparently Postal Service operations decided they weren’t going to keep the post office open after all.  In spite of that, there was a public meeting on Tuesday, Nov. 22, and the USPS representatives said the decision had not been finalized.

A town unglued: The post office in Chamberlain ME had its public meeting on Monday, Nov. 21.  Citizens brought up numerous reasons why they were upset about the post office closing, but opposition focused on the post office's role as a community meeting place.  "You're eliminating the village of Chamberlain," one resident said. "Because I meet so many of my neighbors at the post office, to me that was part of being in the community and that's going to go away.  The post office is the center of Chamberlain. It is Chamberlain.” "It is the glue that holds us all together," added another.  But for the Postal Service, there are more important things than holding communities together.  The USPS representative said closing the post office would save $280,000 — over a ten-year period.  Even that minimal savings, however, may be an overestimate because there are still three years left on the lease, and it looks like the Postal Service will have to pay it off.

Getting rid of the evidence: The post office in Literberry IL closed on Tuesday, Nov. 22, in spite of the suspension on post office closings that went into effect on Friday, Nov. 18.  The town also lost its zip code. “We’re in the process of emptying out drawers, there’s some accountable stuff that has to be taken care of and everything else will be destroyed,” said the officer-in-charge. “When we’re done there will be no evidence the post office was even here.” 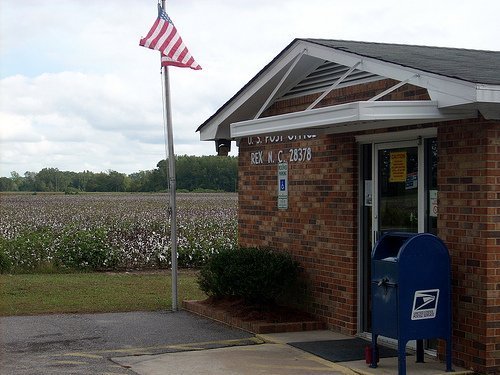 Arbitrary and capricious: On Tuesday, the Postal Regulatory Commission affirmed the Postal Service’s determination to close the post office in Rex NC.  PRC Chairman Ruth Goldway issued a terse dissenting opinion, one of several she has issued over the past few months.  It said simply, “I note that the administrative record demonstrates that the revenue at the Rex post office actually increased significantly in 2009 and remained stable at the higher level in 2010 indicating that demand for postal services in the Rex community is strong and that economic activity in the area is not declining. It makes business sense and is consistent with title 39 for the Postal Service to continue to provide post office service to those communities who continue to rely on it so strongly. A decision to close the Rex post office is arbitrary and capricious.”

Blame it on the PRC: When a community appeals a closing decision to the PRC,  the PRC cannot overrule the Postal Service and decide to keep the office open — it can only “remand” the decision back to the Postal Service for further consideration.  Yet for some reason, Postal Service management is going around the country telling people at public meetings that it’s the PRC that makes the final decision.  Today, for example, the Ord Quiz reports that the manager of postal operations told 150 residents in Comstock NE that “questionnaires provided at the meeting [should] be completed and returned for a Postal Regulatory Committee to determine if they feel that keeping the location open for business is justified and cost efficient.”  According to the Dillon Herald, at a meeting in Fork SC on Nov. 15, the discontinuance coordinator “gave a PowerPoint presentation going over the process for studying a post office and subsequently making a recommendation to the Postal Regulatory Commission whether to close it.”  Same thing happened in Westfield OH, where, according to the Akron Hometowner, the postmaster running the meeting told people they could appeal to the “Postal Rate Commission” — “They make the final determination, not us.”  It could be that a lot of the managers running these meetings don’t know what they’re talking about — or it could be they’ve been told to blame the PRC to take the heat off the Postal Service.

AMP Anger: The mail processing center in Asheville NC is among those being studied for consolidation, and there was a heated public meeting on Mon., Nov. 21.  The city stands to lose a 180 jobs, and there were at least 200 people at the meeting.  The USPS goal is to reduce the 500 plants operating today (there were 673 in 2006) down to about 135, and to have the remaining plants operate 24 hours a day.  As usual, the USPS district manager blamed the Internet for declining mail volumes.  But the public was not having it, and many “questioned the logic of sacrificing service standards for the sake of so-called efficiency.”  There’s a great piece in the Mountain Xpress with photos showing the faces of some who spoke at the meeting.  They don’t look very happy, nor should they be — the consolidations force workers to move to keep their jobs, hurt local businesses, and slow down delivery.  As one woman said, “I'm shaking I'm so angry.… You're not giving us respect.” 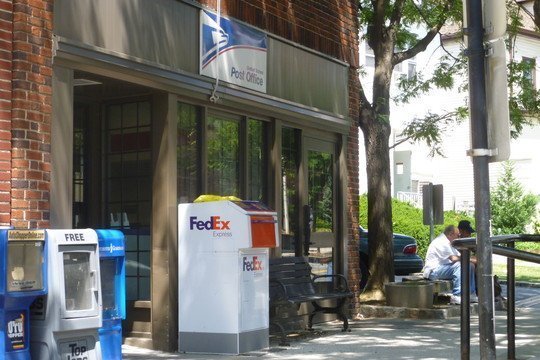 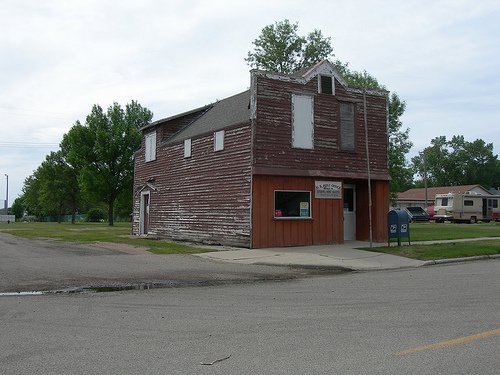 Seven close in Minnesota: On Friday, Nov. 18, the day the suspension on closings went into effect — as well as on the day after — seven post offices in rural Minnesota were closed: Steen, Silver Creek, Kenneth, Clements, Trail, Taopi, and Holland.  The Steen post office was 123 years old.  Now that the post office is gone, someone wants to buy the building, tear it down, and put something else on the site — an antique furniture restoration business.

Post offices off the list: News trickles in about post offices that have been removed from the RAOI closure list.  (A list of those off the list is here.)  Two communities in Colorado — Gateway and Rico — learned this week their post offices were no longer being studied for closure, and four in Maine got the good news — West Forks, Stoneham, Topsfield and Matinicus.  But there are thirty Maine post offices still on the list, and the processing plant in Hampden is being studied for closure, too.   The Postal Service doesn’t say much about why post offices are spared, but the post office in Matinicus is on an island, and the other three in Maine are pretty isolated too.  And then there’s the fact that one of the senators from Maine is Susan Collins, a co-sponsor of the postal reform legislation coming out of the Senate.  There are no reports that Collins had anything to do with it.  Just sayin.