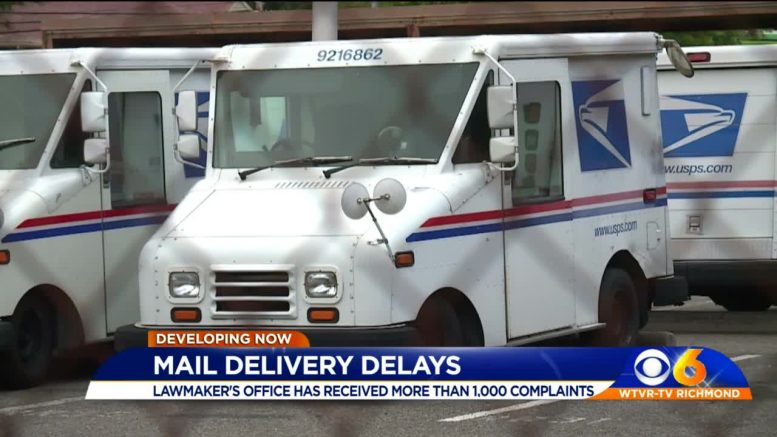 Today I filed a motion with the Postal Regulatory Commission asking it to ask the Postal Service to provide on-time delivery reports for the past several weeks. These reports would offer more transparency into postal operations and show just how much the mail has been slowing down since the Postmaster General implemented his transformation initiative.

The service performance reports show the percentage of the mail that met the Postal Service’s service standards, i.e., the expectations for how long it will take for each type of mail to be delivered. For First Class mail, the standard is 2 to 5 days; for third-class mail (Marketing Mail), the standard is 3 to 10 days. Generally speaking, about 85 to 95 percent of the mail meets these standards. The mail that fails to meet the standards is, by definition, delayed mail.

Due to changes at the Postal Service earlier this summer, on-time scores have declined significantly, as illustrated in this graph included in a USPS presentation to representatives of the mailing industry in August. On average, starting in July, on-time performance on First Class mail, for which the target is 96 percent, fell to about 79 recent. In some districts, scores fell to around 70 percent. (You can find more of these charts here and here. And a couple of days after this post was first published, even more charts were released; the official version on the House Oversight Committee’s website omits the Priority chart, perhaps because it’s considered more confidential.) 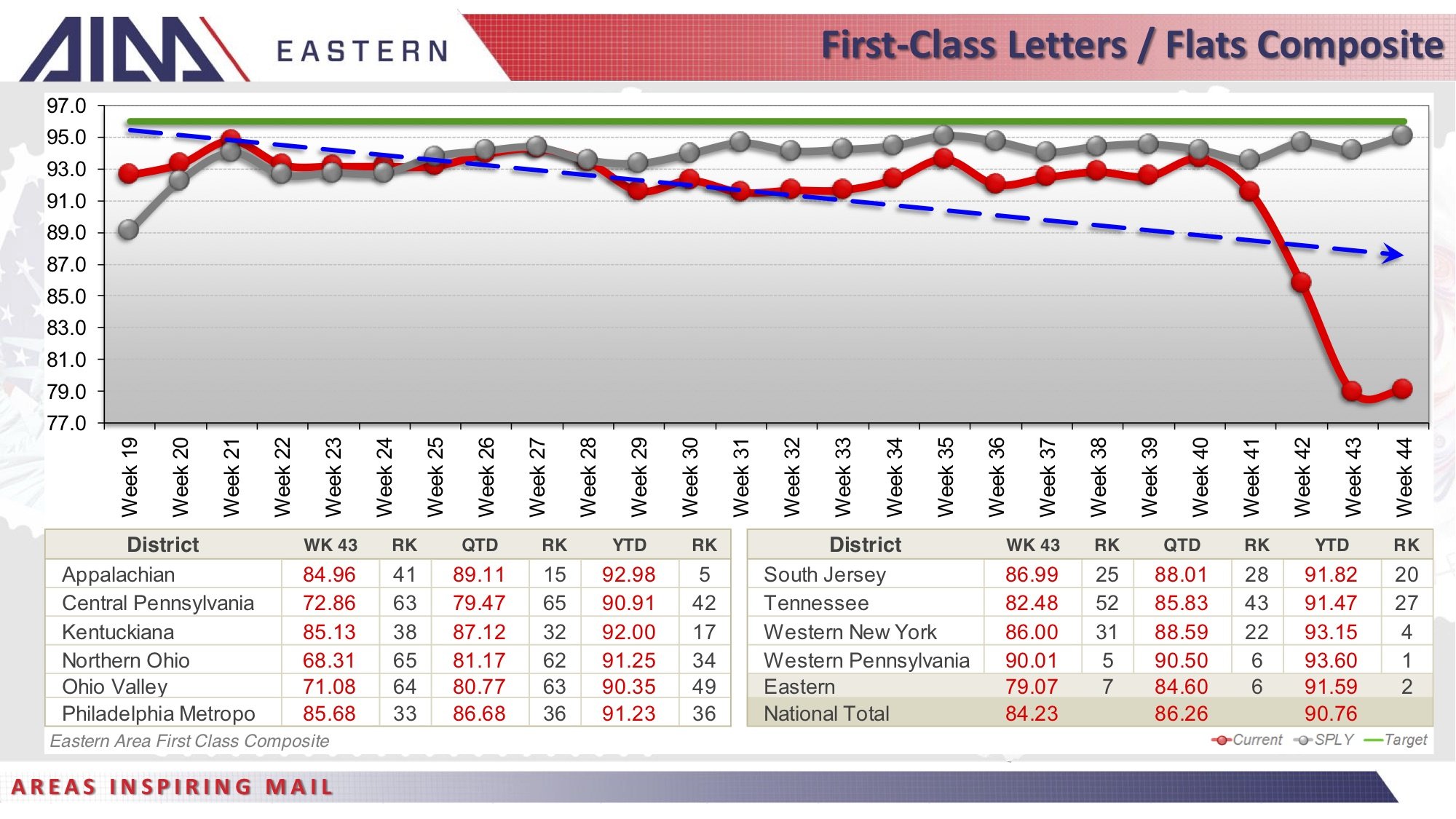 The service performance reports on which this chart is based contain scores for all the USPS districts in the country, so it’s possible to see where the most widespread delays are occurring. They also break down First Class mail into 2-day mail (local) and 3-5 day mail (regional and national). The reports also indicate how much mail was one day late, two days late, etc. In other words, they provide a fairly complete picture of mail delays.

The Postal Service has this kind of data at its fingertips on a daily, even hourly basis, but it shares it with the PRC only on a quarterly basis, as required by federal regulations. (The Postal Service posts a summary version of the quarterly reports on its website here; the more complete versions given to the PRC are here.)

The next quarterly report covers July 1 – Sept. 30, but it won’t be available until mid-November. If the Commission were to ask the Postal Service to provide the reports on a weekly basis going back a couple of months ago, we could see in what districts and to what extent the operational changes have impacted on-time performance. We could also see if, by putting a hold on more changes, the Postal Service is able to return to the level of performance it was achieving before the changes were initiated.

My motion may be opposed by the Postal Service for one reason or another, so it would be helpful if it got some support. If you would like to write a letter on behalf of the motion, it’s easy to contact the PRC and get some instructions about the best way to do that. If you’re an elected official or an election official, or if you’re a commercial mailer whose business is being impacted, or if you represent an organization that depends on prompt delivery of the mail, your letter may have some extra clout with the Commission as it considers whether to grant the motion.

The motion is here. To read more, see this previous post. To reach the Postal Regulatory Commission, call 202-789-6800 or go to its contact page. You can file a formal comment here; be sure to reference Docket No. ACR2019.