When we talk about the “infrastructure” of the Postal Service, we’re usually thinking about the network of post offices and mail processing plants.  But the Postal Service also possesses the largest civilian fleet in the world — 213,881 vehicles.  And those vehicles cover 1.25 billion miles each year.  There are also thousands of long-haul mail trucks operated by contractors for the Postal Service.  This huge component of the postal infrastructure represents an untapped resource.  Imagine if some of those vehicles were doing something else, automatically, at the same time they were moving the mail.

That’s just what Michael Ravnitzky envisions in an article entitled “Offering sensor network services using the postal delivery fleet.”  The paper was presented at the 18th Conference on Postal and Delivery Economics, in Porvoo, Finland, in June of 2010 (the paper is here, and the presentation materials, here).  It was also included in the book Reinventing the Postal Sector in an Electronic Age, edited by Michael A. Crew and Paul R. Kleindorfer (2011).

Ravnitzky suggests some of the things sensors mounted on vehicles might do, like gathering weather data to help improve the nation’s weather forecasting capability and collecting air quality data to help reduce pollution.  The mobile sensors might also improve radio and cellular communications, as well as assisting in homeland security by detecting chemical, nuclear and potentially even biological materials.

The idea might bring the Postal Service some additional revenue, although that’s not the main motive.  It would also need good oversight to avoid potential privacy and civil liberties problems.  Testing the idea, however, would be relatively easy and wouldn’t require equipping the entire fleet.  A few university scientists and engineers could outfit a few vehicles (postal or other) to demonstrate the value of the concept, and the Postal Service could take it from there, perhaps by partnering with a private business to provide the start-up capital. 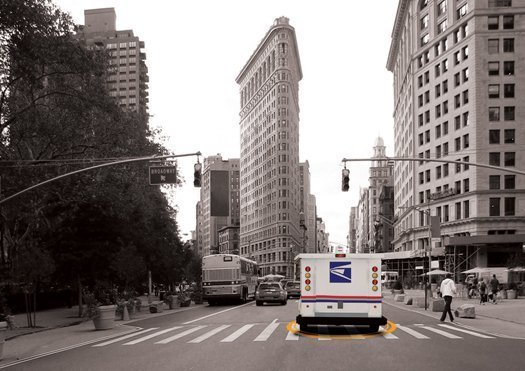 Anyway, this is the kind of forward thinking that needs to be encouraged.  Rather than closing post offices, we should be talking about how to diversify their products and services, particularly in ways that integrate the innovations of the digital era.  We should be thinking about how to “multi-task” the USPS vehicle fleet with a high-tech innovation like sensors that collect and transmit useful data.  Ultimately, such information is important enough that someone will do this — if not the Postal Service, then other large fleets.  In fact, there are already certain vehicle fleet owners already carrying weather sensors and collecting valuable data for the federal government.

Ravnitzky summarized the main points of his proposal in an Op-Ed for the New York Times (Dec. 17, 2010), republished here with permission of the Times and the author.

THE Postal Service recently announced it had lost $8.5 billion in the last year, despite cutting more than 100,000 jobs. Without new revenue and other changes to get it back on a firm financial footing, it said, it could face insolvency by the end of 2011.

Fortunately, the service has a unique asset that could allow it to make money by collecting valuable data that would contribute to the country’s safety and economic health: its far-reaching network of trucks. 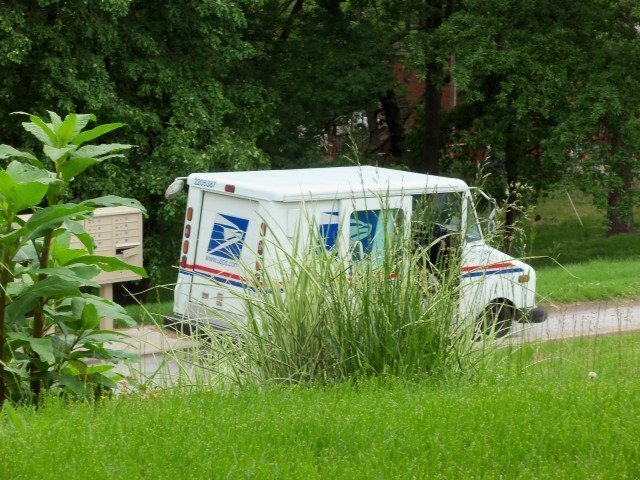 The service’s thousands of delivery vehicles have only one purpose now: to transport mail. But what if they were fitted with sensors to collect and transmit information about weather or air pollutants? The trucks would go from being bulky tools of industrial-age communication to being on the cutting edge of 21st-century information-gathering and forecasting.

After all, the delivery fleet already goes to almost every home and business in America nearly every day, and it travels fixed routes along a majority of the country’s roads to get there. Data collection wouldn’t require much additional staff or resources; all it would take would be a small, cheap and unobtrusive sensor package mounted on each truck. (This idea is mine alone, and does not necessarily reflect the views of the Postal Regulatory Commission.)

The key elements for the project already exist, including tiny, inexpensive G.P.S. receivers and radio uplinks, features found in today’s smart phones. The sensors would operate without distracting the drivers from their primary responsibilities. The service could also minimize startup costs by teaming up with a company to develop, install and operate the equipment. One company under contract with the National Weather Service is already installing environmental sensors on long-haul commercial buses to enhance weather forecasting.

The data gathered by these truck-mounted sensors would establish a baseline map of ordinary conditions, making it significantly easier to spot a problem or anomaly. Such a system could aid in homeland security by rapidly detecting chemical agents, radiological materials and, eventually, biological attacks; it could also collect detailed data to improve weather forecasts. And it could assess road quality, catalog potholes and provide early warning of unsafe road conditions like black ice.

A system like this could also detect gaps in cell-tower coverage, weak radio and television signals and sources of radio frequency interference. This data could help provide uninterrupted communication services and promote more efficient use of the broadcast spectrum.

One logical way to start would be for the service to work with other federal agencies, or to lease space on certain trucks to permit testing of smart sensors by businesses, nonprofits or university researchers.

True, other types of vehicles, like taxis or buses, could also carry sensors. But such vehicles typically don’t follow as many regular routes. Nor are they managed by a single organization that could readily coordinate nationwide or regional data collection. 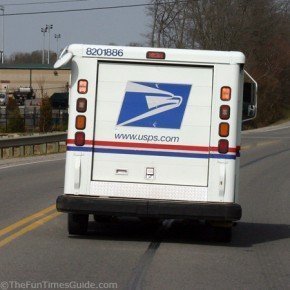 There are a few obvious objections. For starters, there are privacy concerns regarding certain types of data. But a review panel could be set up to monitor the use of the network and ensure safeguards for handling the data.

There’s also the question about marketplace competition from a federal agency monopoly, an issue that has led Congress to limit the types of non-postal services the agency is allowed to provide. But in this case, the service wouldn’t be competing; rather, it would be providing a platform that a business could never afford. If anything, by offering access to a wide range of data and thereby being a catalyst for business innovation, the service would be promoting competition, not hindering it.

Over the next few years the Postal Service must figure out what role it will play in a world where new modes of communication and information-gathering seem to emerge every few years. Postal delivery trucks that go everywhere nearly every day are positioned to fill that role — without sacrificing the vital task of delivering the nation’s mail.