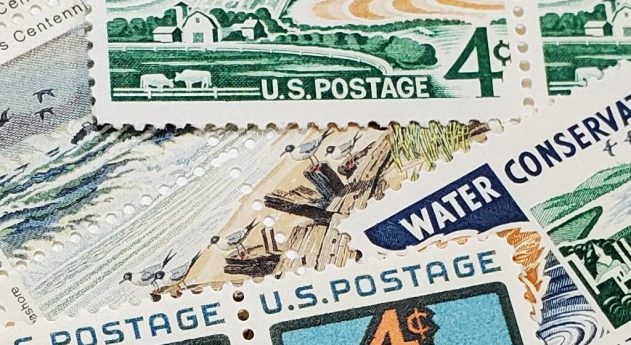 These are the amounts that the Postal Service is permitted to raise rates on Market Dominant products beyond the Consumer Price Index (which, until November 2020, had put a cap on increases).

As the Postal Service explains in the notice accompanying the calculations, this is an unusual year because the Postal Service Reform Act eliminated all past due retiree health benefit payments, which amount to a $57 billion “negative expense.”

The Postal Service has proposed to the PRC that this one-time adjustment be excluded from institutional costs — one of the factors used to determine the density rate authority. If the PRC approves the proposal, it would change the calculations significantly. (The proposal, it may be noted, has been opposed by the Mailers associations, while the PRC’s Public Representative has recommended approving it.)

The Postal Service has therefore provided two sets of calculations. If the proposal is not approved, there would be no density rate authority available; if the proposal is approved, the rate authority would be 0.936 percent. That’s compared to 4.5 percent for FY 2020 and 0.583 percent for FY 2021. (The spreadsheet with the calculations is available on the PRC site here.)

The calculation of the retirement rate authority is not affected by the Reform Act. It comes out to be 1.036 percent.

According to the Notice, “The Postal Service intends to use these additional rate authorities, although precise decisions about how, and in what amounts, will be made by the Governors after the Commission formally determines how much of each rate authority is available.”