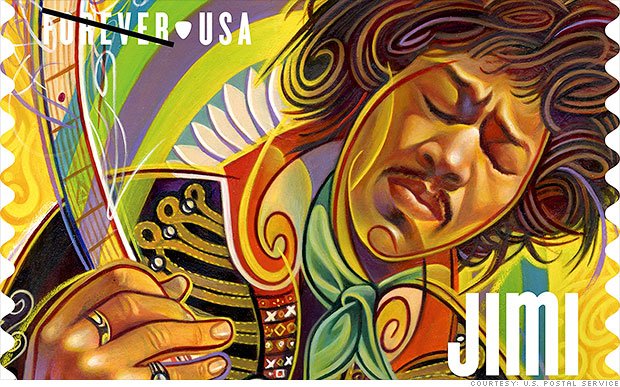 This week the Postal Service, APWU, and several associations of mailers filed briefs with the Postal Regulatory Commission responding to the DC Court of Appeals’ June 5th ruling on the case of the exigent rate increase.

The Court of Appeals affirmed most of the Commission’s 2013 order granting a 4.3 percent exigent rate increase, but the court vacated a key part of the order, namely the way it had counted each year’s losses only once.

The court said that the losses should be counted again in the following year(s) until the Postal Service could be expected to have adapted to the “new normal” of lower volumes.  (There’s more about the court’s ruling in this previous post.)

The Postal Service’s motion argues that since the total amount it will be allowed to take in with the surcharge is inevitably going to be increased substantially, the Commission should allow the surcharge to continue beyond the limit previously authorized, $2.8 billion in contribution (profit).

The Postal Service’s motion provides an analysis showing that correcting for the “count once” flaw in the Commission’s order would increase the amount of money lost “due to” the recession by nearly $1.2 billion, bringing the total to about $4 billion in contribution.  That would extend the period for the surcharge to next March or April.

The Postal Service’s motion also indicates that it intends to argue that the maximum allowed for the exigent increase should be even larger.  The motion does not say how much more the Postal Service will be seeking, but in a brief filed during the court case, the Postal Service said that it could deserve as much as $3.8 billion more, which would extend the surcharge for at least two more years.

A few days after the Postal Service filed its motion, the mailers who have been participating in the docket filed their response.  The group includes the Association for Postal Commerce, the Alliance of Magazine Media, the Alliance of Nonprofit Mailers, the Direct Marketing Association, and several other associations and coalitions.

The mailers argue that the Commission should not reopen any aspect of the case other than the “count once” issue, and they say the Postal Service cannot “cherry-pick” which aspects it wants reconsidered.  If that happens, the mailers want to be permitted to seek reconsideration of other aspects of the case.  They warn that this would lead to a “protracted and costly” proceeding, which wouldn’t necessarily turn out as the Postal Service hopes.

Given that it’s impossible at this stage to know if the Postal Service will be entitled to additional contribution — or how large the additional amount would be — the mailers suggest that it might be better if the Commission just let the surcharge run out, and then reinstated a new one if it turns out to be necessary.

But if the Commission decides to keep the surcharge in place, say the mailers, they want some sort of guarantee that if the Commission ultimately finds that some or all of the additional surcharge revenue was unjustified, the Postal Service will make an offsetting reduction in the next CPI-based rate adjustment.

In its comments, the APWU expresses support for the Postal Service’s motion to suspend the removal of the surcharge.  The union points out that the court did not simply remand the Commission’s order for further consideration.  It went the additional step of vacating the portion of the order involving the “count once” rule.

Vacating an agency’s order means that the court has essentially nullified or canceled that part of the order with which it disagrees.  It’s not just a simple remand directing the agency to review the case.

The APWU therefore interprets the court’s ruling to mean that “the Commission must suspend the current mechanism for removing the exigent rate….  To proceed with removal of the exigent rate based on the invalid low estimate would be a contempt of the D.C. Circuit’s order.”

The APWU also endorses the Postal Service’s view that the court has “invited the Commission to revisit its ‘new normal’ analysis.”  That indicates the union supports even a larger additional contribution than the $1.2 billion, which the Postal Service considers the minimum.

According to federal regulations, the Postal Service is supposed to notify mailers 45 days in advance of changing market dominant rates.  With the exigent increase set to expire in August, the notification of an extension of the surcharge would need to happen very soon.

Even if the Commission is prepared to issue such an order over the coming days, the matter may be more complicated.  The mailers’ brief questions whether the Commission even has the authority to act on the case before July 27, the date the DC court’s mandate issues.  The mailers may be prepared to go back to court to challenge any extension of the surcharge if they don’t like something about the Commission’s order.

At this point, the only thing that seems clear is that the Commission is going to have to make some sort of decision relatively quickly.  Otherwise, the surcharge will be lifted in August as previously ordered, and everyone will have to deal with all the problems caused by rates going down and then back up if and when the surcharge is reinstated.

Speculation is tricky, but it seems likely that the Commission will grant the Postal Service’s motion and issue an order suspending removal of the surcharge, with the provision that if the surcharge ends up bringing in more revenue than the Commission ultimately approves, something will need to be done to correct the situation.  That could take the form of an offsetting reduction in the next CPI-based increase, as suggested by the mailers, or perhaps the Commission will come up with another approach.

Once the surcharge is extended, the Postal Service, the stakeholders, and the Commission can go to work on all the issues involved in correcting the “count once” flaw.  If the Commission puts limits on the scope of the case on remand, the process could be over relatively quickly, but if the door is opened to a broader range of issues, the arguments could go on for months.

UPDATE (June 12, 2015): The PRC has issed an order suspending the requirement that the Postal Service file a 45-day notice of intent to remove the exigent rate surcharge.  It has also established an expedited schedule for comments addressing “the question of how to count the volume of lost mail in calculating the exigent surcharge, as well as any other relevant issues.”  The Commission has not, however, suspended the removal of the surcharge itself.  It will not act on that issue until the court has issued its mandate (on July 27).

As today’s order states, “The Commission’s suspension of this 45-day notice requirement maintains the status quo in order to enable prompt action on remand without making any premature determination as to whether and when rate changes will be required.”  Initial comments are due on June 26, and reply comments on July 6.

It would appear, then, that the Commission would like to avoid a protracted proceeding and be able to issue a final order in July or early August.  If it can do that, the Commission will be able to announce the new exigent amount before the current limit is reached.  That would avoid extending the surcharge for an amount “yet to be determined.”

The Commission’s order suspending the 45-day notice describes it as a “requirement,” but then goes on to say that its previous order adopting the notificiation rule was not the subject of the court’s proceeding.  The Commission doesn’t mention § 3622(d), however.  Presumably if the mailers believe the Commission has gone beyond its jurisdiction on this matter, it can return to court.