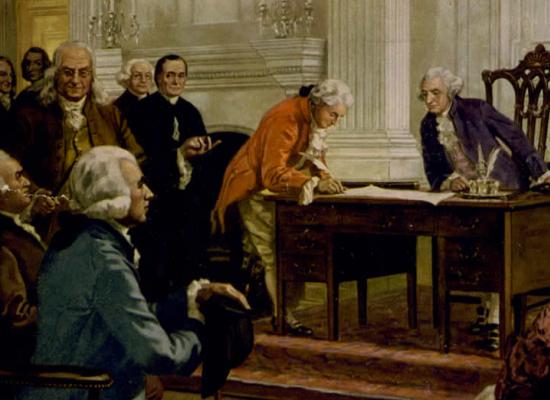 THE RAOI OPINION points to a very unsettling possibility.  Small post office closures are not about “rationalizing” the network — they offer minimal cost savings.  What these closings do, in a very insidious way, is break the bond between communities and the Postal Service.

While we commonly speak of the USPS as a business, a vast segment of the population views the Postal Service as something very different.  We often talk about how communities and individuals incorporate the presence of the local post office into their local identity.  That connection carries with it some very important connotations relating to reliability, accountability, and the essential nature of postal services.

For a number of years the Postal Service has tried to reimagine itself as a purely corporate entity.  One of the ways it has done this is by homogenizing itself the way a franchise operation might.  When the Retail Standardization program was introduced many years ago, one of its stated goals was to make each office look and feel the same as every other office.  Only approved signage and messaging could appear in lobby areas.  Local displays, like showing artwork from local elementary students, were not only discouraged but outright prohibited.

The effect of this was less about branding and marketing than it was about breaking parochial connections.  The Postal Service wants individuals to connect with it as customers, as consumers of a product, and it wants this to be the sole basis of the relationship.  In order for the Postal Service to realize the vision of itself as corporate enterprise, it must effectively break the bond and connection people feel for it as citizens and community members.  The relationship must be viewed as solely economic in nature.

No one can deny that there is an element who would like to see the Postal Service privatized.  What’s happening, though, is more than an ideological expression of what government should or should not do or what could be done more effectively by the private sector.  What we are seeing is essentially a predatory identification of $62 billion in revenues that flow through the Postal Service.  Those revenues represent a significant opportunity, more than merely a matter of low rates for the mailing industry, but the realization that those revenues could be captured and redistributed more “advantageously.”

In order for that to happen, it is essential to break the bond of the American people with the post office, a bond that represents an intangible connection of people and communities with their government but also each other.  What better way to do that than remove the presence from the smallest of communities?  What better way to do that than remove the most human point of interaction?  The idea of the postmaster as community institution and the post office as a repository of community identity must be destroyed in order for the vision of the Postal Service as corporate entity to become fully realized.

Throughout the RAOI proceedings, people have spoken eloquently about this bond and connection.  People have spoken emotionally about local attachment and identity.  People on both sides of the issue understand this.  The Postal Service and the mailing community would like to dismiss the value of this bond.  For example, in its Request for an Advisory Opinion on the mail processing plant consolidation, the Postal Service refers to people’s desire to preserve “a tangible link to an iconic past, or to perpetuate a nostalgic image of the agency or its employees.”  The Postal Service believes that this desire is holding the agency back from remaining “viable” and “relevant.”

There are others, especially politicians, who pay lip service to the importance of the connection people feel to their post office.  Some genuinely sympathize with the feeling, but struggle to quantify or prioritize it.

Acknowledge it as we do, there’s something about this bond that we just can’t seem to completely grasp.  We want to recognize the existence and even the importance of this sense of attachment, but only as an element of a greater discussion about postal services.  The thing is, it is not merely an element of the discussion — it is the discussion.  The RAOI is demonstrably not about efficiency or cost savings.  It is solely and completely about dissolving the bond and connection the Postal Service has with people and communities and replacing it with a purely commercial relationship.

“Binding the nation together.”  We repeat that phrase and we give it importance and honor, but do we understand it?  The idea of the post office binding the nation together physically, intellectually, and even commercially is immense.  But even more immense is the idea that we are bound by certain concepts, by ideas, by certain truths.  Our vision of ourselves as a nation is something greater than the sum of the practical parts we can identify.  That’s what Jefferson was saying in the Declaration and that’s what Madison was trying to imbue in the Constitution.

Binding the nation together is more than connecting the nodes of a network or providing a specific service.  It is a basic truth by which we identify ourselves. The Post Office, as an institution, is a physical and intellectual representation of that basic truth.  We may find better and more efficient ways to deliver the physical services provided by the Post Office.  We probably have to agree to make those choices under economically sound circumstances.  But if we choose to change the way we provide postal services, we should not turn our back on the essential bond that the Post Office has represented.