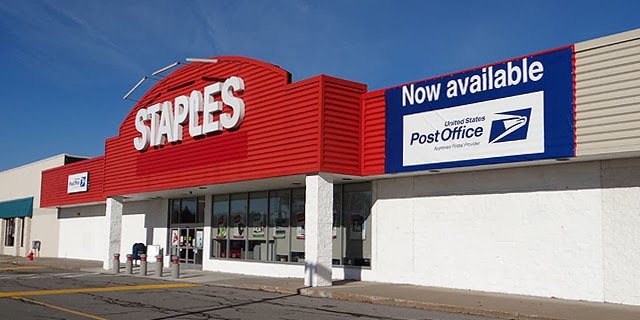 Bloomberg: Following union-backed boycotts and an adverse labor board ruling, the United States Postal Service has agreed to curb a controversial arrangement allowing private employees to provide its services at Staples Inc. stores.

USPS spokeswoman Darlene Casey told Bloomberg that the Postal Service would end its relationship with Staples in order to comply with a National Labor Relations Board judge’s ruling.

The cancellation is a coup for the Postal Service’s largest union, which mounted a three-year, multipronged campaign against the arrangement, fighting Staples’ failed attempt to merge with Office Depot Inc., and leafleting outside stores urging customers to boycott the company, according to Mark Dimondstein, president of the American Postal Workers Union.

“Had we not drawn the line in the sand and launched these protests,” Dimondstein said, all Staples stores “would have had full-blown post offices, not staffed by postal employees but rather Staples employees, and the Post Office also would have used that model to spread to other major retailers.”  Read more.