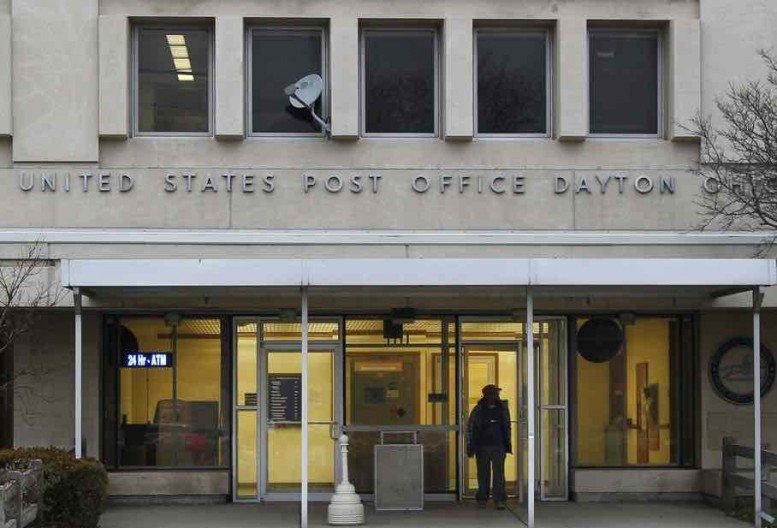 A couple of weeks ago, the Congressional Budget Office (CBO) announced that it would cost the Postal Service $1 billion to comply with an amendment requiring the Postal Service to revert to the service standards for First Class mail and periodicals that were in effect on July 1, 2012.  The amendment was proposed by Representative Chaka Fattah and approved by the House Committee on Appropriations as part of the financial services appropriations bill.

The Coalition for a 21st Century Postal Service (C21), which represents many of the stakeholders in the mailing industry, quickly weighed in to oppose the amendment.  In a letter to Senators Cochran and Mikulski, the chair and vice chair of the Senate’s Committee on Appropriations, C21 wrote this:

“In order to restore July 1, 2012 service, the Postal Service would have no choice but to reopen a large number of facilities it has closed and/or sold in the past three years, reverse reconfigured transportation routes, and rehire, or extend the hours of existing, employees. The Congressional Budget Office concluded in a letter to Senator Tom Carper dated July 13 that the amendment would cost the Postal Service in excess of one billion dollars in the first year. (Postal Service estimates are closer to $2 billion in the first year, and $1.5 billion in each of the succeeding four.)”

Unfortunately, the CBO, C21, and the media reports all seem to have misunderstood the amendment, and they are obfuscating the main issue — how much would it actually cost the Postal Service to comply with the Fattah amendment?

As discussed in this previous post, the amendment would restore the interim service standards that went into effect on July 1, 2012 and that remained in effect until January 5, 2015, when the final service standards began.  Going back to the interim standards would not necessitate reopening any of the 150 facilities closed in 2012 and 2013 or rehiring any of the thousands of employees who left the Postal Service during this time (mostly as a result of the 2012 buyout offers).   That would only be necessary if the amendment were about restoring the original service standards in effect before July 1, 2012.

The amendment would simply require undoing what has happened since the beginning of the year, when the interim standards ended, and the cost would not be anything like $1 or $2 billion.  As the following discussion explains, the amendment would probably cost something like $50 million, and the Postal Service could easily afford it.

C21 is apparently referring to an older Postal Service estimate of $2.1 billion for how much both phases of the consolidation plan would save altogether.  The Postal Service subsequently downgraded the estimate for savings to $1.6 billion — $865 for phase 1 and $750 for phase 2.

None of these estimates about savings is relevant to the question of the Postal Service’s ability to comply with the amendment.

The phase-1 savings would not be impacted because the amendment doesn’t have any bearing on the phase-1 consolidations.  Whatever the Postal Service is saving from phase 1 will continue to be saved.

As for the phase-2 savings that would go unrealized if the consolidations don’t go forward, that’s a legitimate concern, but anticipated savings are a separate issue.  They are projections about what might happen, not the actual costs for restoring the interim standards.

The CBO told Senator Carper that the Postal Service would be unable to fully comply with the amendment because it doesn’t have $1 billion, and it could only come up with $300 million to improve service standards.

But $300 million is much more than would be necessary to comply with the amendment.  Since January 5, 2015, there have been operational changes within all processing plants and there has been some progress on the phase-2 consolidations themselves, but all of these changes could be reversed for very little cost.  Here’s why.

Progress of the consolidations

Since the beginning of the year, not much progress has been made on phase 2 of the consolidation plan, as one can see by looking at the status updates the Postal Service posts on its website.

To make this progress easier to visualize, we’ve combined the status report from December 19, 2014 (the last month when the interim standards were in effect) with the most recent report (July 17, 2015).  You can see this merged report here.

In comparing the two status reports, here’s what one finds:

Even before the final service standards went into effect on January 5, 2015, some consolidation activity had taken place at the 82 plants on the phase-2 list.  Apparently it was possible to begin the phase-2 process and still maintain the interim service standards from phase 1.  It would therefore not be necessary to undo all of the consolidations that have taken place for phase-2 plants.  It would only be necessary to return things to the way they were in December 2014.

At 48 of the 82 plants, there has been no change over the past seven months. In a couple of cases, the consolidation was completed before January 5, 2015, and the facility may have been sold.  At the others, no mail has left the plant, and the status of the consolidation is the same as it was before the final service standards began — partially underway or not yet begun at all.

At 22 plants, there has been some progress on the consolidation process since January 5, 2015, but it is incomplete.  In most cases, originating mail was moved to another facility back in 2014 (when the interim standards were in effect), and some but not all of the destinating mail was moved to a receiving plant in April of this year.  Since these consolidations are not yet completed, the plants are still open, and most of the equipment is probably still where it was.

At 12 plants, the Postal Service has completed the consolidations over the past few months, and the plant has probably been closed.  These consolidations weren’t finished until May 2015, so not much has happened with the buildings themselves.  It does not appear that any of these 12 facilities has been sold, and none of them is even listed as for sale on the USPS-CBRE Properties for Sale website.  It’s possible that the equipment in these plants has been moved to other facilities; perhaps some has been sold.  (Update: The consolidation of the Houston P&DC was completed in May 2015, and the property was sold in August, shortly after this article was published.)

Overall, then, the phase-2 consolidation activity has been limited to 34 plants, most of which are still open and operating.  For the other 48 plants, the consolidations have been postponed to next year.  So how much might it cost to undo what’s been done since the beginning of the year?

In order to estimate how much it might cost to return these 34 facilities to their status before the final service standards were implemented in January of 2015, one can find some relevant figures in the Area Mail Processing (AMP) studies that were done to determine how much might be saved by consolidating each facility.

Each AMP study includes a one-time cost for the consolidation, which usually covers things like the cost for moving the equipment, preparing space in the new building, etc. — the same sort of expenses that would be required to rollback the changes.

According to the studies, the total one-time cost for completely consolidating these 34 plants was about $120 million — about $18 million for the 12 plants that have since closed and $112 million for the 22 plants where the consolidation process has begun but hasn’t been completed.

Most of the $130 million is associated with the consolidation of one plant — the Houston P&DF.  In order to close down this plant, the Postal Service said it would incur a cost of $72 million to expand the North Houston P&DC (as well as another $3 million for the move).

Houston aside, the one-time costs ranged widely, from $38,000 to $10 million, and averaged about $1.3 million.  As with Houston, the consolidations with large one-time costs involve expanding the gaining facility.

For the 12 closed plants, let’s say it takes the same amount to reopen them that it did to close them   — i.e., the one-time cost of $18 million.  (That total excludes Northwest Boston P&DF, which was almost fully consolidated last year and sold.)  For the other 21 plants (excluding Houston) where the consolidation actions are about half done, let’s say restoring the plants to their pre-Jan. 5, 2015 operations would cost about half of the one-time cost for consolidating and closing them.  That would be another $18 million. (Correction: The consolidatin of the Houston plant was completed in May 2015.)

We’re therefore talking about something on the order of $36 million to move the mail back to these plants.

Adding up the costs

In addition to this $36 million for undoing the changes at these plants, there are other costs to consider.

It’s possible the Postal Service has sold some of the equipment in the plants where consolidation activity has occurred this year, so let’s figure a few million to replace this equipment.

Another expense would involve realigning the transportation system.  The new system that went into effect on January 5, 2015, probably costs about the same as before, so this should not be a big expense.  As the PRC notes in its advisory opinion about the consolidation plan (p. 29), “Transportation savings are not included in this estimate because the small amount of ground transportation costs that the Postal Service believes would be saved in Phase 2 is almost exactly offset by increased air transportation costs.”

As for labor costs, not much as changed since the new service standards went into effect at the beginning of the year.  Many employees are working different shifts, and some have transferred to other facilities, but the workforce and work hours are roughly the same as they were a few months ago. (According to a recent financial report for May 2015, work hours for mail processing were up 0.5 percent compared to May 2014.) There would be little to no cost for returning workers to their plants or previous tour, and most of them would probably be happy to go back.

Aside from the consolidations themselves, every plant in the country changed its operations when the final service standards were implemented on January 5, 2015.  Mail that had been processed during the night tour was held until the following day, workers were moved from one tour to another, etc.  In order to restore the interim service standards, every plant would need to return to the way it was operating before January 5, 2015.

This too would probably not be very expensive. These changes happened very quickly after January 5, and they could probably be undone just as quickly.  But let’s say it would cost a few million to undo these changes and return operations to the way they were.

So, all told, let’s say these additional costs add up to $15 or $20 million, on top of the $36 million for undoing this year’s progress on the phase-2 consolidations.  That would bring the total to something on the order of $50 million.

This is strictly a ballpark estimate, of course.  The total cost could be half that or maybe twice that.  Someone in postal headquarters, the PRC, or the OIG could obviously develop a much more accurate estimate.

There is no way, however, that the cost would be anything like the CBO’s estimate of $1 billion or C21’s reference to $2 billion.  And there’s no way that the Postal Service would not be able to afford to comply with the amendment.  It spends $50 million a day on mail processing ($20 billion a year).

There may be many reasons for opposing the Fattah amendment and a return to the interim serivce standards, but cost cannot be one of them.

(Note: Thanks to an observant reader, a couple of errors were identified in the spreadsheet, and some minor corrections have been made to the totals in the text as a result.)