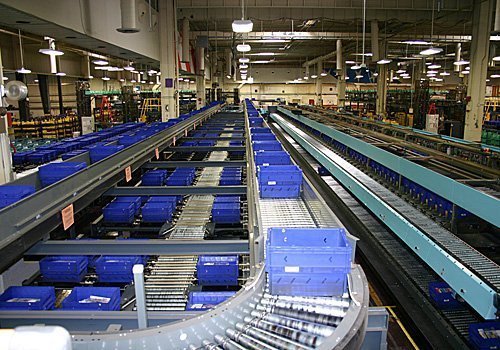 A former subcontractor and employee of Northrop Grumman named Beau Michaud has filed a lawsuit in the U.S. District Court of Virginia against Grumman.  The Complaint claims that Grumman repeatedly gave “false reports and certifications to the USPS that materially misrepresent the speed, reliability, accuracy and efficiency of the FSS machines and that materially misrepresent the conformity of the machines to the Contract’s requirements.”

A copy of the Complaint is here.  There’s also a good report about the lawsuit on Dead Tree Edition, here.

The FSS (Flats Sequencing System) machines are huge contraptions that sort catalogs, magazines, large envelopes, and newsletters.  The Postal Service’s contract with Northrop Grumman to develop the FSS machines states that USPS would not pay the full amount of $874 million unless Grumman delivered 100 FSS machines meeting the performance and maintainability standards set forth in the contract.

Michaud worked on the FSS project for Northrop Grumman from January 2007 through February 2011, first as a subcontractor and then as an employee.  During this time, Michaud says he witnessed Grumman’s fraud about the performance reports “and tried to stop it but was met only with resistance and retaliation.”  At one point, he was summoned to a supervisor’s office and told to “mind [his] own business,” and “stop trying to undermine the program.”

Michaud’s Complaint is filled with specific details about the periodic reports of Failure Modes, Effects, and Criticality Analyses (FMECA) that Grumman was required to provide the Postal Service showing that the company was complying with the contract.

Michaud claims that he and his co-workers were told to provide a “best guess” on performance times for various operations involved with maintaining and repairing the machines.  The numbers they were asked to report were essentially a fiction, then, and the workers began referring to the “measurements” as “tribal lore.”

Michaud also claims that when he tried to stop the false reports, Grumman discriminated against him and ultimately discharged him, so he wants back pay and damages for emotional distress, as well as legal fees.

The Postal Service awarded Grumman the FSS contract in 2003, and planning and testing began in 2006.  The Postal Service committed $1.5 billion to the project, and it has invested more than $1 billion so far.  Phase I involved deploying 100 machines to 47 sites in 2010 (a list is here).

The machines were supposed to save $600 million a year, but that’s not happening.  They’re running too slow and need a lot of maintenance, and sometimes the mail must be sorted the old fashioned way, by hand.  Apparently, they are driving up the costs of mail processing more than they are decreasing delivery costs.

According to information provided by the Postal Service to the Postal Regulatory Commission in early 2013, the total unit cost for delivering Carrier Route mail went from 16.54 cents in 2011 to 18.87 in 2012.  The Postal Service explained that an “examination of mail processing costs by cost pool shows that the bulk of this rise is due to FSS sorting.”

As Dead Tree Edition reported in May 2012, the FSS machines “continue to run much slower than their target speeds and aren’t getting any faster.”  While they were supposed to be able to sequence 12,000 pieces per hour, they were averaging 7,000 to 10,000.  The erratic performance of the machines, says Dead Tree, “wreaked havoc” during the busy mailing season in 2011.

Dead Tree Edition, by the way, has probably done more articles on FSS than anyone out there, which you can find here.  For more on the FSS machines, check out the Postal Service’s web page on its Flats Sequencing Strategy, this GAO report, and this OIG report, which has links to earlier OIG reports as well.  You can see an introductory video on FSS here.