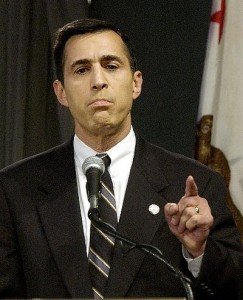 NALC President Fredric Rolando has decided to make this a much larger action, and he has sent out a statewide E-Activist.  The NALC will be joining several other unions and the San Diego-Imperial Counties Labor Council to personally protest Issa’s failure to represent working families and his continuing attacks to destroy the United States Postal Service.

Since taking over as Chair of the House Oversight Committee, one of Congressman Issa’s main objectives has been to try to reduce the pay, benefits, and collective bargaining rights of postal employees.  His legislation is designed to eliminate thousands of middle-class positions from the current Postal Service workforce and to close thousands of community Post Offices across the nation.

This could be avoided if Congressman Issa would agree to endorse and move forward on HR 1351, a bill that would allow the USPS to use its pension surpluses to cover its pre-funding costs, thereby resolving the immediate financial crisis without collateral damage. To date the congressman believes the country would be better served by destroying the Postal Service instead of saving it.

We need to stand up and for our rights and let Congressman Issa know the Postal Service is America!

For more about Darrel Issa:

“A Businessman in Congress Helps His District and Himself”