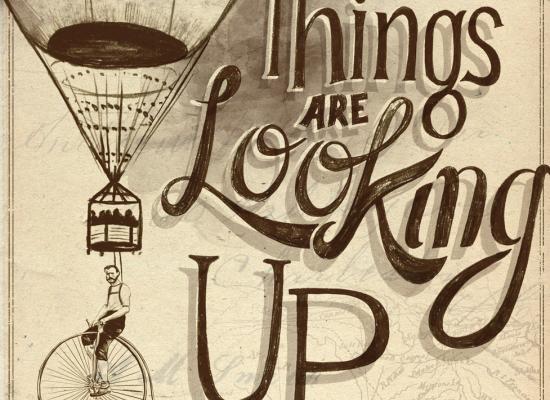 The Postal Service released its financial statement for January 2015 yesterday.  It shows that for the first four months of Fiscal Year 2015 (Oct. – Jan.), the Postal Service posted a $1.325 billion profit in Controllable Operating Income.  That’s compared to a $912 million profit for the same period last year (SPYL).

During this period, the Postal Service owed $1.9 billion to the Retiree Health Benefit Fund (RHBF) and $1.496 billion for an adjustment to its Workers Compensation fund due to “the impact of discount and inflation rate changes and the actuarial revaluation of new and existing cases.”  There were also some income and expenses associated with interest.

All told, the net loss so far in FY 2015 is $2.125 billion, compared to $1.38 billion for the same period last year.  The main source of the difference was the Workers Comp adjustment, which was only $336 million last year at this time.

The news reports will of course say that the Postal Service has lost over $2 billion so far this year.  A few of them may mention the $1.3 billion profit in “controllable” income.

The report also has some good news in terms of mail volumes.  In January, First Class volumes were actually up 1.4 percent compared to last January, and for the year so far, they’re down only 0.5 percent.  Perhaps the steady slide of about 4 percent a year has come to an end, and volumes have found their “new normal.”

On the other hand, the numbers on First Class mail need to be taken with a grain of salt.  As the report notes, “Actual Vs. SPLY for revenue and volume may not be comparable due to a large PIHOP adjustment that occurred in Jan-14 related to a price increase.”  That refers to the effect of Postage in Hands of the Public, i.e., Forever stamps purchased prior to the effective date of the exigent surcharge.

Standard mail volumes are up 2 percent for the year so far, periodicals are down 5.3 percent, and shipping and package services are up 11.1 percent.  Total volumes are up 0.8 percent so far.

As we suggested in a post back in November 2014, it appears that the exigent rate increase has not had the disastrous effect on mail volumes that some opponents of the increase predicted.  That may be because the increase is only temporary (it ends sometime this summer), or perhaps improvements in the economy have helped out the mail.

The following table compares the projections from 2013 with what has actually happened.

Column A shows the percentage change in volumes and revenues projected by the Postal Service without the increases.  Column B shows the projection with the CPI and exigent increases.

(The percentages in Columns A and B are derived from data provided by Stephen J. Nickerson, USPS Finance Manager, one of the Postal Service’s witnesses for the exigent increase before the PRC.  See Attachments 15 and 16 at the end of his testimony.  The numbers in Column C come from the Sept. 2014 financial report.  Column D comes from the new financial report for January 2015.)

As the table shows, the Postal Service had projected that First Class mail volumes would decline 5.6% with no increase and 6.4% with an increase, but revenues would decline less — falling 4.9% with no increase but down only 2.1% with an increase.  In fact, for the first four months of FY 2015, volumes are down only 0.5 percent, and revenues are actually up 4.1 percent.

The Postal Service had projected that Standard mail volumes would hold steady with the increase and volumes would go up 5.3 percent.  In fact, so far this year, volumes are up 2 percent and revenues almost 6 percent.

Total mail volumes were expected to drop 2.6 percent and revenues were going to be up 0.5 percent.  But so far this year, things are going much better than that.  Volumes are up 0.8 percent, and revenues are up 3.8 percent.

The PRC’s ruling on the exigent case is being challenged in federal court by both the Postal Service and several associations of mailers, and a decision is expected soon.  If the court upholds the PRC’s decision, the exigent increase will come to an end sometime in July or August, when the Postal Service has taken in $3.2 billion in additional revenue.

That would be a big hurt on the bottom line, and postal officials have to be hoping that the court will rule in their favor.  The mailers, on the other hand, are surely looking forward to that day this summer when postal rates actually go down.  It’s a cold day in July when something like that happens.

Anyway, to celebrate the good news in this week's financial statement, here are a couple of music videos.  Enjoy.

(Previous posts on the exigent rate increase can be found here.)