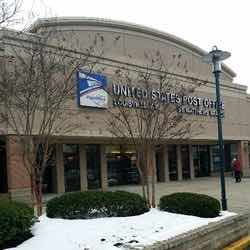 Courier Journal: The future of the St. Matthews post office at Shelbyville Road Plaza in Louisville, Kentucky, is in question as the post office and the property owner disagree about the status of a proposed lease when the current one expires in about six months.  The branch’s lease for about 22,000 square feet of space expires at the end of the year and postal service officials have said they are not renewing the lease, said Tommy Edwards, retail leasing manager for Hagan Properties, which owns the popular St. Matthews shopping center where the post office branch has operated since 1972.

However, Susan Wright, a spokeswoman for the Louisville office of the postal service, said the agency is still in negotiations for the St. Matthews location and that, for now, “no decision has been made to relocate.”  Edwards, however, said that unless something has changed without his knowledge, Hagan is planning to have the extensive post office space vacant when the year ends.  And Hagan has already begun to try to find new tenants for the space.

“We’d love to have them (the post office) stay.  They are a major part of the center,” Edwards said.  Edwards said he thought Hagan had a deal with the postal service to renew the lease, but the negotiations apparently fell through, at least from Edwards’ perspective.He said he was surprised by the post office’s decision.  “We were assured the deal was done,” he said.  Read more.