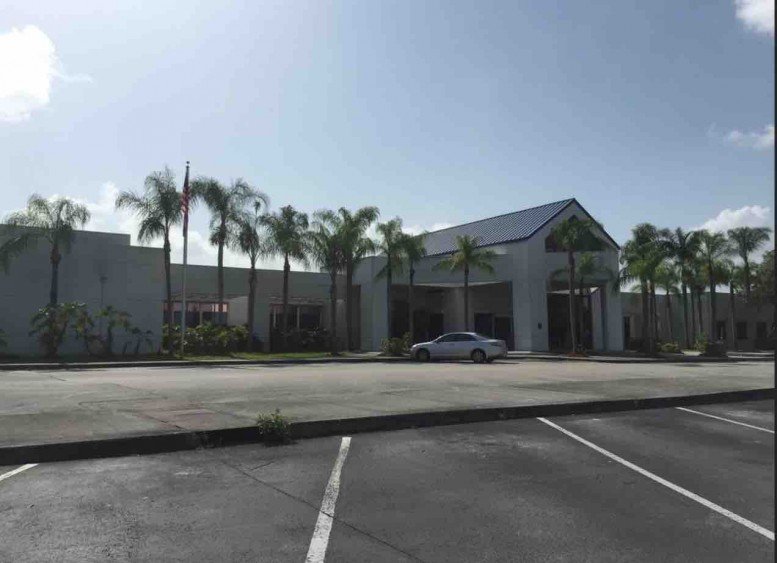 The City of Pembroke Pines, Florida, just got a nice Christmas present, courtesy of the U.S. Postal Service.

On October 23, 2015, the Postal Service closed on a deal to sell the South Florida P & DC to the City of Pembroke Pines for $17.88 million.  Today, less than two months later, the City announced that it had sold the 27-acre property to Miami-based Terra World Developers LLC for $23.5 million.

The City of Pembroke Pines thus made a quick and hefty profit of $5.7 million, pretty much at the expense of the Postal Service.

One has to wonder why CBRE, the Postal Service’s exclusive real estate agent, wasn’t able to get more for the property.  How was the City of Pembroke Pines able to find a buyer willing to pay $5.8 million more than the City had paid the Postal Service, just two months earlier?  It’s not as if property values have soared since October, and it’s not likely that the City made any improvements on the property that would be worth that kind of money.

The CBRE flyer on the property doesn’t provide an asking price, but when the property was first put up for sale in February 2015, the Sun Sentinel reported that the Broward County Property Appraiser’s Office had appraised the land (27 acres) at $13.2 million and the building (345,377 square feet) at $18.7 million.  That adds up to nearly $32 million — $14 million more than the Postal Service got for the sale.

When the Postal Service disposes of a property, it goes through a competitive bidding process, and that’s what happened in this case too.  The property was listed on the USPS-CBRE Properties for Sale website, and a CBRE VP told the Sun Sentinel in February that his company had already led three tours through the property with a dozen potential buyers.  No doubt many others looked at the property after that, perhaps including Terra World, since the company is also developing another nearby property.

The Sun Sentinel reports that the City of Pembroke Pines went through a similar bidding process to sell the property, and “Terra World won out over a dozen offers submitted to the city.”  It is unclear why was the City’s bidding process was so much more successful than CBRE’s.

The property, which is located at 16000 Pines Boulevard, had been owned by Postal Service since the early 1990s. The processing facility was closed in 2013 as part of phase one of the Network Rationalization plan.  A Post-Implementation Review (PIR) found the Postal Service is saving about $26 million a year from the consolidation.

The Postal Service has maintained a retail post office on the property by leasing space from the City of Pembroke Pines, but it’s not certain that arrangement will continue once Terra World begins developing the building.  The company plans to turn the postal facility into a modern commercial and retail space, while the land will be developed into a subdivision with 120 single family homes.

Pembroke Pines Mayor Frank Otis was very pleased with the deal his city had made on the property.  “This is outstanding for our city,” said the Mayor, “not only bringing in revenue but giving our residents and new residents the opportunity to purchase single family homes and shop at the same location.”

This is not the first time Pembroke Pines has made a profit by purchasing and re-selling property.  Several years ago, the City bought up 80 acres for a civic center, and then earlier this year it sold the land to developers (including Terra World) and made a $3 million profit.  But in that case, the City’s total investment for the land and improvements was $63 million — considerably more than the USPS property cost —  and many years had passed between the purchase and re-sale — not just two months.

The USPS Office of Inspector General has been investigating the Postal Service’s contract with CBRE, and it has issued several critical audit reports, even going so far as to recommend termination of the contract and to refer some sales to the Office of Investigations for further review into possible criminal violations.

One of the main issues has been whether or not CBRE has sold properties below market value.  That’s the subject of a report by investigative journalist Peter Byrne entitled Going Postal: U.S. Senator Dianne Feinstein’s husband sells post offices to his friends, cheap.  (Available on Amazon here.)  Byrne looked at about 50 sales and found that 80 percent of the properties had been sold below their assessed value, sometimes to CBRE’s clients and business partners.

There may be a simple explanation for why the Postal Service sold the South Florida P&DC for nearly $6 million less than the City got for the property, but there may be more to the story.  Perhaps the OIG will look into the matter.