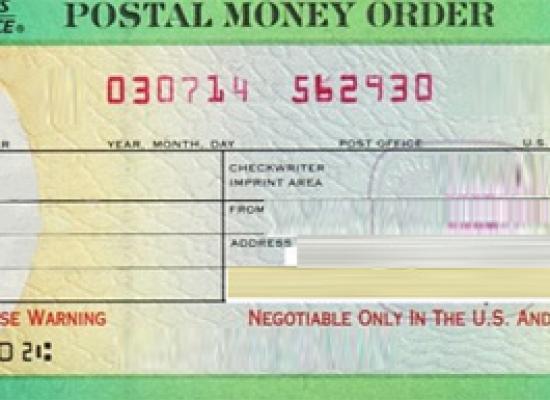 In February of 2010, the Urban Institute completed a study entitled “A Framework for Considering the Social Value of Postal Services” that had been commissioned by the Postal Regulatory Commission.  When it presented its findings, the Urban Institute recommended additional research to quantify the benefits it had identified, and the PRC proceeded to commission three contractors to do six studies on various aspects of the social and economic value of the postal system.

The PRC has just released the six studies.  They are in many respects exploratory, and the PRC has not commented on them or taken any positions about what they say.  Also, as you’ll see, not all of the studies are even completed at this point.

Following are some selected passages and a few highlights.  The titles to each section are links to the original documents, all available on the PRC website, along with additional materials, here — note the link on the left sidebar. Also, a few months ago “Save the Post Office” did a blog post on the 2010 study, in which those social values associated specifically with post offices were extracted from the study.   You can see the list of those benefits here, and the entire study is here.

1. The Contribution of the Postal Service in National Emergencies

This report discusses how the “massive infrastructure” of the Postal Service “is a unique federal asset that can be called upon during a major disaster or terrorist attack when power and phone lines are useless.”  As an illustration, the study reviews what happened after Katrina hit the Gulf states in 2005: “The Postal Service moved quickly to reestablish communications, to reopen lines of commerce, and to deliver government information, relief checks, and medicine to hurricane victims living in makeshift shelters. Its extensive address database enabled it to locate hundreds of thousands of displaced persons so that they could be reunited with their families.”  The report observes that “It is unlikely that any other entity could have provided the same level and scope of services as the Postal Service did.”

This report begins by making an observation that will no doubt come as a surprise to many readers: “Approximately 9 million households, or one out of every 12 in the United States, are ‘unbanked’ — people without a banking relationship who rely on high-fee non-bank check cashers or money transfer services.  Another 21 million Americans are ‘underbanked’ — people who have checking accounts but often turn to higher-cost services, such as high-fee international remittances or 300 percent-interest payday loans.  A disproportionately large number of these households are minority and low income.”

In its conclusion, the report states, “it is fair to conclude that the money transfer services that the Postal Service currently provides to the unbanked and underbanked deliver a distinct, recognizable benefit to society.”  The report discusses the types of money orders and money transfer services, and notes that USPS rates are competitive in the industry.

In light of the immense need for additional service in this area, the report goes on to discuss several areas where “the Postal Service could dramatically increase the social benefit it provides (and its revenue streams) by expanding its money transfer services to the unbanked.”  The report here turns to possibilities like expanding domestic and international money orders to include both hard copy and electronic formats, and offering money transfers for bill payments, similar to Wal-Mart’s bill payment services.

“Post offices are conveniently located in every neighborhood across the nation,” concludes the report, “and it is likely that many unbanked persons already frequent their post offices for international remittances or other postal services. The Postal Service is also the most trusted federal agency, charges affordable fees, and provides reliable, universal mail service, making it a familiar, non-threatening place for the unbanked to conduct financial transactions.”

This report seeks to quantify the benefits of the Postal Service’s rural service by comparing and contrasting the Postal Service with UPS and FedEx with respect to delivering to zip codes identified as “rural” areas.  FedEx and UPS, it should be noted, charge an extra charge (“Delivery Area Surcharges”) to deliver to 23,000 zip codes in rural areas, whereas the Postal Service does not add such surcharges.  The report comes to the following observations:

“The benefits of Postal Service’s rural delivery network include the following:

The report thus comes to the following conclusion: “The report shows that the Postal Service has a lower cost of parcel delivery to rural areas than the private carriers which creates numerous social benefits for the nation. Without this lower delivery cost of parcels to rural areas, residents in these areas would either pay a lot more for delivery through private parcel carriers, be required to travel to the post office to pick up their packages and mail or drive to a larger city to shop for certain items at brick and mortar stores. Likewise, this value is also attributable to simultaneously picking up packages along the delivery route. The consolidation of these trips into larger loads and dense routes operated by the Postal Service lowers fuel consumption as compared to the alternative, thereby helping national objectives of reducing dependence on imported fuel.”

“Frequent trips from rural areas to urban areas to collect or send parcels and to shop at stores would also result in other negative aspects of driving. Increased traffic would lead to more air pollution and traffic congestion on highways. The congestion would increase the wear-and-tear on roadways, leading to higher costs of repair and maintenance of the roads.

The study uses some very sophisticated mathematical equations to analyze census and employment data.  It found what it describes as “supportable indications of a weak but negative impact,” i.e., closing a post office does have negative impacts on the employment picture in a community.  But the study also said that the data was insufficient to come to a strong conclusion of this sort, and it recommends further studies in this area.

5. Transportation and Price Leadership Role of the Postal Service

This study examined four questions relating to the services that the Postal Service offers for parcel shipping, mailbox rentals and money orders.  It is extremely thorough and packed with charts and data.  Here are the questions and a few remarks about what the study found:

This report explores the hypothesis that the presence of mail carriers in a neighborhood may deter crime, increase detection of offenses by identifying suspicious behavior, and provide social benefit by identifying ill residents or crime victims.  There has been very little research on the effect of the presence of postal workers, although other studies have shown that the presence of uniformed personnel who are well recognized plays an important role in social control of neighborhoods and has a positive influence on the reduction of crime.  The study focused on the District of Columbia, and it has begun to accumulate the data and outline an analytic method, but the study is not far along enough at this point to come to any conclusions.