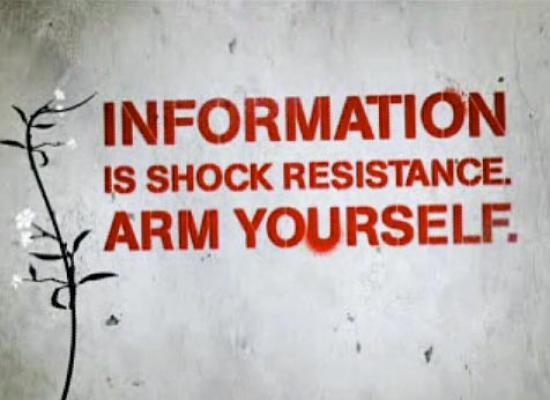 Postmaster General Patrick Donahoe wants to close half the country’s post offices, cut a third of all postal jobs, and pull the Postal Service out of its federal health and retirement programs.  That’s 16,000 post offices, 220,000 jobs, and a lot of lost benefits.  He’s doing all this to save the Postal Service, but there’s good reason to fear that he’s going to destroy it.

In white papers turned over to the Washington Post earlier this week, the Postal Service states, “Today, despite unprecedented cost and staffing reductions over the past decade, the Postal Service is facing the equivalent of Chapter 11 bankruptcy. While our business remains vital to the U.S. economy, we are on the brink of insolvency.”

To save the Postal Service from disaster, the Postmaster General wants to reduce the Postal Service workforce from about 645,000 to 425,000 by cutting 100,000 positions through attrition and 120,000 through layoffs.   That will really help stimulate the economy.  Weren't we supposed to be creating jobs, not destroying them?

And when you consider that the USPS workforce is about 38% minorities (which exceeds their representation in the workforce of the country as a whole), 39% women, 28% veterans, and 6% people with disabilities, you’ll get some idea of who will come out the losers in all this.

The Postal Service also wants to reduce employee health and retirement benefits to the level of  “the private sector comparability standard” — that’s postalspeak for “we want to give our employees the same mediocre benefits the private sector gives out when there’s no union to protect workers.”  The Postal Service wants to administer its own health care plan instead of using the Federal Employees Health Benefits program, and it wants to drop out of the Civil Service Retirement System (CSRS) and Federal Employees Retirement System (FERS) because these programs simply cost the Postal Service too much money.

And finally, as we know too well, the Postal Service wants to close down some 4,500 post offices over the coming year, and 16,000 over the next six years, and who knows how many after that.  The way they do the math, 80% to 90% of post offices lose money because they don’t get any revenue for the mail they deliver — only the big urban post offices where the bulk mail enters the system get any credit in the revenue column.  So according to the strange thinking of postal headquarters, they may as well close all the facilities except those that bring in the big mail.  They seem to be clueless about their universal service obligation.

This dire talk of imminent insolvency and the necessity for drastic cuts is an example of what Naomi Klein calls “the Shock Doctrine.”  In her book The Shock Doctrine: The Rise of Disaster Capitalism, Klein illustrates how capitalism exploits crises to increase profits — the Bush administration outsourcing the “War on Terror” to Halliburton, the beaches of Southeast Asia auctioned off as tourist resorts after the tsunami, the public housing, hospitals and schools of New Orleans never to be re-opened after Katrina. In a similar fashion, the Postal Service management, acting on behalf of the corporate class, is taking advantage of the recession, which is looking more and more like a double-dipper, to shock people into thinking it’s going completely broke so that they can do things they've longed to do for decades, well before the “crisis” emerged — like close “under-performing” post offices, lay off workers, and undermine the unions.

The existence of a true crisis demanding an extraordinary response would be more believable if the Postmaster General were consistent in what he’s been saying.  It was just a few weeks ago (on June 23) that Donahoe appeared on CNBC’s Kudlow Report and said everything was hunky-dory.

“They’re saying you’ve got a eight and half billion dollar loss in 2010,” an over-heated Larry Kudlow boomed, “and in the next few years you’re going to lose $42 billion.  Are you going broke?”

“No, we’re not going broke,” a calm and bemused Donahoe replied. “The Postal Service is still a vital and very important industry.  We’re going to deliver 168 billion pieces of mail, and we are part of a $900 billion industry.  What we need is Congress to address a number of requirements, like pre-funding retirement health care . . . and allowing us to move from six to five day delivery. . .  And then guess what, we’d be profitable.”

Donahoe had that right anyway.  The USPS OIG has shown that the Postal Service has actually overpaid its retirement benefits program obligation by almost $7 billion.  The only one around who doubts the truth of that fact is myth-buster Darryl Issa, who gets big campaign contributions from the Koch brothers, who founded the Cato Institute, which puts out white papers arguing for privatization of the Postal Service.

But what do we hear over and over from the Postal Service, corporate executives, and politicians out to dismantle the postal system?  The Postal Service is going broke, partly because of the recession, but mostly because of “the age of email and the internet.”  No one is using the mail anymore, they keep insisting.

Right.  That’s why the Postal Service is still bringing in $67 billion a year, and that’s why the mail industry is a trillion dollar a year business.  The internet line is just a dodge.

The revenue decline is mostly about the recession — advertisers are printing and mailing less — but to make it seem like a permanent trend, the Postal Service keeps bringing up the internet, knowing that the people following the news closely are the ones reading news online and doing email and paying bills electronically.  But that leaves out a huge segment of the American people, the segment that actually depends on the post office and the Postal Service.

Even if there were some truth to the notion that the internet is driving down the use of the mail – well, gosh, who saw that coming?  The way postal management talks, you’d think that the Internet was invented yesterday and caught them totally by surprise.  Why didn’t the Postal Service adjust to the digital revolution as it was happening and take advantage of it, instead of acting like they got blindsided by it?  Seems like all they’ve come up with is “stamps by mail,” a new website, and a web-based computer program to help them close post offices faster.

So now it’s time for sacrifice if we want to have a postal system.  A hundred thousand postal workers will be laid off, thousands more will be forced to quit because of consolidations that make keeping the job impossible, hundreds of thousands will suffer diminished benefits, and thousands of communities have to lose their post offices.

And we will all end up losing out in the end.  We’re going to wind up with a Third World postal system at First World prices.  It will cost more to mail anything, it will take longer for most mail to get delivered, deliveries will be less frequent, more pieces are going to get lost, the lines are going to be longer, and the nearest post office will be further away — if there’s even a post office around.

What sacrifices is upper management of the Postal Service willing to make?   These people are making six figures, sometimes $200,000 or more, plus bonuses.  Why don’t they set a high standard for sacrifice and take a 30% or 40% hit on their salaries?  And not only are they getting paid more than anyone else, there are more of them.  Between 1990 and 2010, the number of employees at HQ increased by 28%, while the overall number of postal employees decreased by 20%.

And what about asking for sacrifices from the big bulk mail customers?  The Postal Service subsidizes their profits with cheap rates.  Why aren’t we hearing about a rate increase for non-first-class mail?  No, instead these “stakeholders” are coming out behind the Postal Service in its call for cuts.  On August 12, the Direct Marketing Association “applauded” the proposed cuts.  The DMA is the “leading global trade association of businesses and nonprofit organizations using and supporting multichannel direct marketing.” In other words, they’re the junk mail industry, and they only care about profits, not the public service role of the post office.

Sure, private sector workers get paid less and it would seem cheaper to contract out, but those workers are employed by corporations seeking to maximize their profits, and they’re run by executives who get paid millions.  So how much does the Postal Service really save by contracting out?  And when they run the numbers showing cost-saving, do they calculate how much is lost when they move their workers out of a thriving downtown post office, which hurts local businesses and leaves the post office “under-utilized” and a candidate for the auction block?

However you look at it, outsourcing is a mode of privatization, and the American people never voted for a private mail system.  The $12 billion the Postal Service outsources represents almost a fifth of its expenditures — that means the Postal Service is already 20% privatized.  Maybe the country does want to privatize the postal system, but until Congress votes on it, we’re supposed to have a public mail service — that is, a mail system that works in the public interest.

Maybe they should be running a different kind of ad campaign.  Instead of “USPS Everywhere” — a transparent attempt to privatize parts of the postal system by getting people to buy stamps at Walmart and Costco instead of a post office — maybe they should be running an ad campaign that reminds people how important post offices are, that shows off all the beautiful post offices the nation owns, that improves the image of postal workers, that explains how the Postal Service plays a crucial role in every community by serving as the physical presence of the federal government.

If things are really bad, maybe the Postal Service should be asking the American people for help — perhaps it’s time for an increase in postage, especially the discount rates that those big direct marketers pay.  Those discounts, by the way, are a form of subsidizing the industry, so when you pay a premium price for your first-class postage and priority packages, you’re actually helping to increase the profits of the junk mail companies.

Don’t expect any of these more productive alternatives to end up on the table.  Postal management will not be taking serious salary cuts, they’re not going to cut back on out-sourcing, they’re not going to stop consolidating facilities and displacing workers, they’re not going to ask for sacrifices from their corporate partners and big customers, they not going start listening to the people who actually touch the mail, and they’re not going to take the high road and live up to their universal service obligation.  They’re going to do what the corporate class always does — screw the workers and the average citizens.  Shocking, simply shocking.

(The USPS has issued two white papers: one on the workforce, one and on the benefits)

CORRECTION: An earlier version of this article stated that the USPS "overpaid its health benefits program obligation by almost $7 billion."  That should have been retirement benefits, and it's corrected in this version.