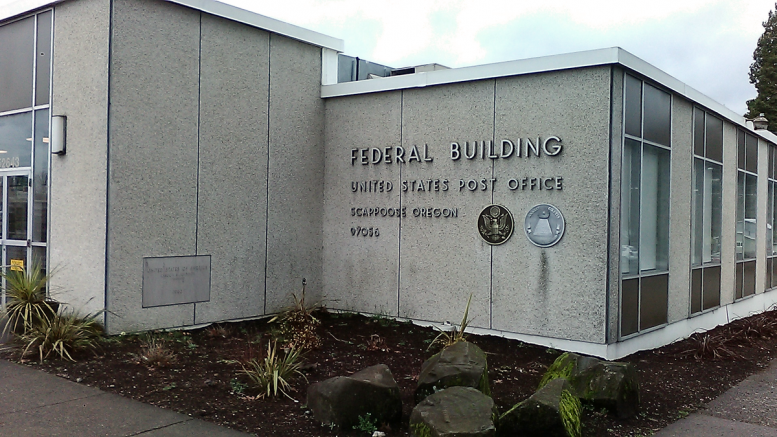 thechronicleonline.com: The U. S. Postal Service building in Scappoose is officially Oregon’s newest entry to the National Register of Historic Places.

A consulting firm in Portland nominated the 48-year-old building to the registry as an example of the Modern style of architecture. The building belongs to the federal government.

The Scappoose Post Office opened in February of 1966. In contrast to the monumental downtown post office buildings constructed before World War II, the “Thousands Series” post offices such as the Scappoose building were relatively small, modern in appearance, and featured a 24-hour lobby including postal boxes, will-call counter, and a retail space.  Read more.