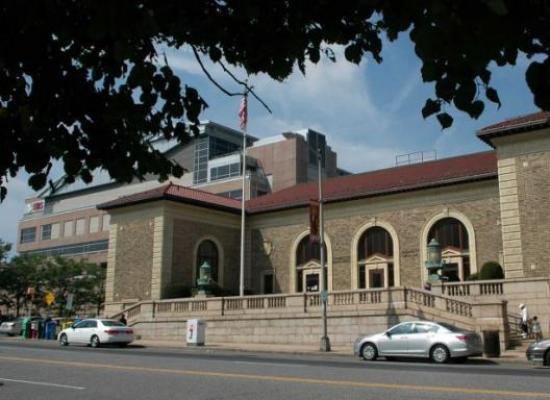 The historic post office in Stamford, Connecticut, closed on Friday, September 20, with just two days’ notice to customers.  The Postal Service has made arrangements to sell the post office to a Westchester developer who plans to tear down a section of the building, which is on the National Register of Historic Places.  The sale, however, is now being challenged in federal court.

On Wednesday, September 25 — the closing date for the sale — the Center for Art and Mindfulness (CAM), the National Post Office Collaborate, and Stamford resident Kaysay H. Abrha  filed a complaint against Postmaster General Patrick Donahoe and the Postal Service in the U.S. District Court in Connecticut.  CAM, formerly known as the Lower Fairfield Art Center, has been trying to buy the building itself in order to preserve the architecture and turn the structure into a center for the arts, art education, and mindfulness, for the benefit of the general public.

The complaint, which was filed along with an application for a temporary restraining order and a memorandum of law in support of the application, argues that the Postal Service has failed to follow the laws regulating the disposal of historic federal properties.

According to the Stamford Advocate, Westchester developer Mr. Louis Cappelli wants to build two luxury apartment towers more than 20 stories high, one next to the post office on land he already owns and another on the parking lot of the post office.  His plan involves maintaining at least the exterior of the main part of the building, which was constructed in 1916, and turning it into retail space.  HIs plan also calls for razing an addition to the post office that was constructed in 1938 in order to make room for a driveway and parking garage.

The Postal Service first announced plans to close the post office and sell the building back in 2010.  At that time, the Postal Service said it would relocate retail services to a new building somewhere nearby.  A public meeting was held in August 2010, but it wasn’t very well publicized, and even though it also involved another post office relocation, only a couple of dozen people attended. 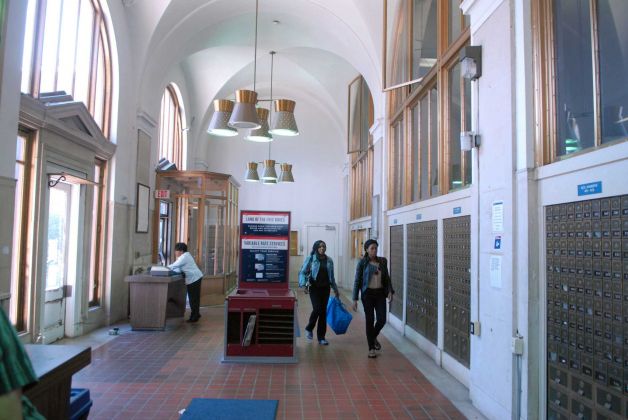 It’s not clear if and when the Postal Service completed the relocation process on the Stamford post office.  There should have been a public announcement that the relocation was going forward, followed by a 30-day period for appeals and a final determination to relocate.  There are no news items about the posting of these documents, but it's possible the Postal Service did not publicize them very much.

What is clear is that the Postal Service proceeded to list the property for sale and to entertain offers.  The Postal Service selected Cushman and Wakefield as its realtor, and an auction was held in May 2012.  CAM submitted the high bid of $5.5 million.  Mr. Cappelli was the only other bidder.

According to the complaint filed this week, CAM tried to negotiate a purchase agreement with the Postal Service that was contingent on arranging the financing and that included a reasonable down payment and a year to raise the money.  The Postal Service said it would accept only a noncontingent agreement, so it declined CAM’s offer and turned to Cappelli.

The Postal Service offered Cappelli the opportunity to purchase the building at a lower price than CAM had offered, under pretty much the same terms that it had denied CAM — a contingent offer allowing the purchaser one year to look for tenants and financing.  The deal with Cappelli had a purchase price of $4.3 million and a closing date of September 25, 2013.

Even though people in Stamford have known for some time that the post office might be sold and retail services could be moving to a new locaiton, the community was taken totally by surprise last week when the Postal Service announced that the post office would be closing in just two days.  The Postal Service was apparently not very forthcoming about the details of the sale, either.  A news report says a manager for Cushman & Wakefield described it as a “deal with unnamed buyers.”

The abrupt closure and the sale of the building are being challenged by CAM with the help of the National Post Office Collaborate, a Berkeley-based group that has been fighting to save historic post offices across the country, and the Utah-based law firm of Ford & Huff.

On Tuesday of this week, the Collaborate and CAM filed a complaint against Postmaster General Patrick Donahoe and the Postal Service, along with a motion for a temporary restraining order, in the U.S. District Court in Connecticut.

In papers filed with the court, the plaintiffs argue that the sale of the historic Stamford Post Office under the circumstances of the deal with Mr. Cappelli “would cause irreparable harm to the citizens of Stamford,” because, among other reasons, his firm plans to demolish the 1938 addition to the building.

On Thursday, Judge Vanessa Bryant of the United States District Court, District of Connecticut, issued an order granting the application for a temporary restraining order, but ordered CAM to post a bond of $4.5 million.  CAM is working on that right now.

Judge Bryant's decision states that the plaintiffs' assertions that the sale of the building, along with the possibility that part of it might be razed, violate federal environmental law and historic preservation law "raise colorable federal question claims," i.e., they might have merit.  The decision goes on to say that the "facts portent protacted litigation," hence the requirement to post a bond.

The Postal Service immediately filed an emergency motion asking for clarification of the terms of the temporary restraining order, specifically the deadline for posting the bond and the time frame for the termination of the TRO.  The Postal Service said that this is a “time-is-of-the-essence transaction,” and it wanted the judge to make Friday, September 27 the deadline for posting the bond.

Rather than making Friday the deadline, however, the court set up a telephone conference for Monday morning to consider the Postal Service’s motion concerning the bond and to discuss the schedule of deadlines.  No word yet on how the court has responded to the Postal Service's motion.

If CAM is able to post the bond, it looks as though the legal process could take several months.  The procedural schedule indicates that motions to dismiss are due by Christmas and dispositive motions by April 26, 2014.

CAM and the Collaborate may also challenge the closing of the Stamford post office in an appeal with the Postal Regulatory Commission.  The Postal Service characterized the closure as a “relocation” because it intended to open a new office to replace it.  In the past the Commission has rejected appeals on relocations as outside its jurisdiction, but the Stamford post office closed with no new location in place, so this may be considered a de facto discontinuance and ripe for appeal to the Commission.