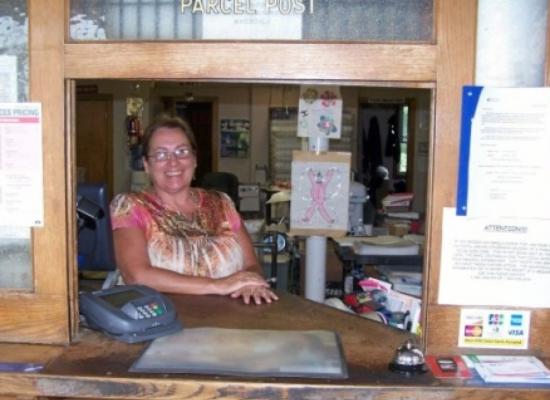 Yesterday the Postal Service provided an update on how many postmasters have chosen to retire thanks to the $20,000 incentive offer.  Nearly 3,800 retired as of July 31, and about 300 will be retiring at the end of August and September, bringing the total to 4,100.  (The numbers are here.)

The Postal Service did not provide a list of the retiring postmasters or the impacted post offices, nor did it break down the numbers with respect to POStPlan.

Over the past week, however, there have been dozens of news articles about retiring postmasters, and with their help, we can do some estimating.  The articles, by the way, are worth reading.  They show how much the postmaster is valued in a small town and how sorry people are to bid farewell.  They provide a glimpse into a world that’s being stamped out by POStPlan.

We reviewed the news articles for 50 postmasters who retired on July 31.  It’s a small random sample, so take the following with a grain of salt.  (The list is here, and some of the postmasters are represented in the slideshow.)

Of these 50 post offices, 22 were set to be downgraded to part-time hours under POStPlan, 7 will be upgraded to level 18, and 21 were not part of the plan.

Based on those percentages, about 1,800 of the 4,100 retiring postmasters worked at a post office due to be downgraded, while the remaining 2,300 worked at offices that will remain full-time.

Some 3,100 of the 13,167 POStPlan post offices already had a postmaster vacancy, so there were about 10,000 impacted postmasters.  If about 1,800 chose retirement, there are about 8,200 postmasters who could be looking for a new full-time position.

On May 25, the Postal Service posted about 1,600 openings for postmasters. There should be about 2,300 more positions opening up soon thanks to the retirements.  (NAPUS says there will be a second round posting postmaster vacancies on August 21.  No word on how many positions will be available.)  The retirements and transfers to these new positions thus take care of about 5,700 of the 10,000 POStPlan postmasters.  That leaves 4,300 postmasters looking for a job.  If they don’t find one by 2014, they’ll be out of luck.

The Postal Service said it wouldn’t implement POStPlan until after the Postal Regulatory Commission issued its Advisory Opinion later this month.  But the retirements and the ensuing game of musical chairs are already well underway.

Nearly six thousand POStPlan post offices are losing their postmasters — 1,800 to retirement and 3,900 to transfers.  These post offices will not be welcoming a new full-time postmaster ever again.  Instead, a postmaster relief or a clerk will be filling in until the Postal Service conducts a survey and holds a community meeting and decides the fate of the post office.  Those that aren't closed will have their hours reduced, and the postmaster position will be filled by a part-time worker.

All the retirements and transfers have to be causing confusion and consternation for customers and postal workers.  The average length of service for the fifty retiring postmasters in those news articles was 32 years.  Those 4,100 retirements thus represent over 130,000 years of experience.  That’s a lot of institutional knowledge to disappear overnight.

Postmasters call each other all the time when they have a problem or a question.  Now some of the most experienced postmasters are suddenly gone, and there are a lot of clerks and postmaster reliefs filling in for positions where they don’t know the ropes and don’t have a support network of postmasters to help out.

The transition to POStPlan will undoubtedly be a rocky road, but POStPlan itself is just a transition.  The Postal Service’s ultimate goal must still be closing thousands of post offices.  Management has simply decided that the time is not right.

If you have any doubts about the Postal Service’s long-term intentions, just take a look at the Final Rule on Post Office Organization and Administration published in the Federal Register today.  The Rule codifies the changes that were the foundation of POStPlan.  The definition of “consolidation” has been changed so that it no longer includes making an independent post office subordinate to another post office, and it changes the rules about staffing so that a post office no longer needs an on-site postmaster.

In addition to explaining the details of POStPlan, the Final Rule reviews the procedures for closing post offices.  The criteria for initiating a discontinuance study are much the same as they’ve been in the past, only they now take on much greater significance.  These include a postmaster vacancy, declining revenues, and an emergency suspension, which can be caused by a lease problem or inability to staff the office.

POStPlan will create many such opportunities for discontinuances.  Nearly 9,000 of the 13,000 POStPlan post offices will be Level 2 and 4.  They'll be staffed by a postmaster relief, so these post offices automatically have a postmaster vacancy, albeit one created by the Postal Service.  But that hasn't stopped the Postal Service from using a vacancy as cause for a discontinuance study in the past.

Due to the fact that their hours will be reduced, nearly all of the 13,000 post offices will suffer some sort of revenue losses.  The Postal Service acknowledges this possibility, but it says all of the revenue will migrate to another post office or alternative retail outlet.  That may help minimize the overall losses from POStPlan, but it won’t help the individual post offices with declining revenues.

Staffing problems are sure to arise when the Postal Service tries to find thousands of people willing and able to run a post office for $11 or $12 an hour with no benefits.  And the lease problems promise only to get worse now that CBRE, the Postal Service's real estate partner, is asking for large reductions in the rent and other terms unappealing to lessors.  Emergency suspensions could become the norm.

POStPlan has been marketed as a compromise to save post offices, but it just represents a couple of steps in the process of dismantling the legacy of brick-and-mortar post offices.  First, it gets 10,000 postmasters out of the way, and then it puts 13,000 post offices in a situation ripe for discontinuance.

POStPlan won’t be fully implemented until 2014.  By that time, the Postal Service will probably be rolling out its next version of a big closing initiative.  That is, unless Darrell Issa has already beaten the Postal Service to the punch with his Postal BRAC Commission.  Either way, POStPlan does not signify the end of the effort to close thousands of small post offices.  They’ve been trying to do that for decades, and they’re not going to stop now.