After trying to dispose of it for over four years, the Postal Service has finally sold the historic 1937 Saunders Station post office at 1625 Broad Street in Richmond, Virginia.  The Postal Service apparently got ahead of itself and began renting space for the new location of the post office back in 2011, when it originally expected to sell the building.  The delay may have cost the Postal Service over $200,000 in lease expenses — which takes a big bite out of the revenues brought in by the sale.

The sale is also more cause for concern about how the Postal Service is managing its legacy of historic properties — the subject of a critical report released last year by the Advisory Council on Historic Preservation — and about how the Postal Service goes about relocating retail services — the subject of another critical report last year by the USPS Office of Inspector General.

The Postal Service first indicated that it wanted to sell the New Deal building back in February 2011, when it posted a solicitation for proposals for a new space.

The property was listed for sale on the USPS-CBRE Properties for Sale website when the website was launched in October 2011, and it's mentioned in a November 2011 Washington Post article about the new site.

The listing was on-again, off-again over the next few years, but then this week a sale was finally announced.  The new owner is a startup software company named Mobelux.

Mobelux co-founder and President Jeff Rock would not reveal the sale price, and the Postal Service isn't obliged to say either.  Neither the CBRE listing for the property nor the sales brochure mentions an asking price.

According to Richmond BizSense, however, the property was recently assessed at $1.45 million, and a listing from 2013 on PropertyShark.com says the value of the land and building was $1.2 million.  The sale price was probably in that ballpark.

Because of the building’s history, the new owners will get a historic tax credit worth 45% of their financial investment, according to an interesting piece on RVA News.

Retail postal services have been moved to a new location just a few doors away, at 1643 W. Broad Street.  According to the USPS Leased Facilities Report, the Postal Service is paying an annual rent of $55,000.  (The report is easier to access here.)

The facilities report says the lease on the new space began on September 1, 2011, just about the time the property was first listed on the CBRE website.  The lease runs ten years, until August 31, 2021.

According to BizSense, the relocation took place just a few weeks ago.  The hours of operation don't even appear yet on the USPS Find Locations webpage.

It would appear, then, that the Postal Service has paid rent on the unoccuppied space for four years — from September 2011 until just a few weeks ago.  That’s about $220,000 in rent, and it represents a significant portion of the revenue the Postal Service ended up bringing in with the disposal — over 18 percent, if the price was around $1.2 million.

These costs don't include the cost of renovating the new space.  Plus, over the next ten years, the Postal Service will pay out $550,000 in lease costs, when before it owned the building outright and just had maintenance costs.  One has to wonder just how wise it was to sell the building in the first place.

As for the relocation itself, an Internet search shows no articles about a formal relocation procedure having been conducted.  About all one can find is comment posted on Yelp in October 2011 by a customer of the Saunders Station saying, "It's an old building and the ladies up front tell me that the post office is moving to another, cheaper building down the street 'sometime soon.'"

The federal regulations on post office relocations require more than having the window clerks tell customers the post office is moving.  39 CFR 241.4 requires the Postal Service to notify local government officials and postal patrons about its proposal to relocate, hold a public meeting and open a comment period to gather input from the community, and provide an opportunity to appeal the decision to the USPS VP of Facilities.

Perhaps all these things occurred back in 2010 without much attention from the news media.   (That does happen sometimes.  The Postal Service likes to keep a low profile on these sales and relocations.)  Maybe the Postal Service did go through the relocation procedures before it began soliciting proposals for a new space and listing the property for sale.  That would have been the time to do it, since the aim of the regulations is to give the community an opportunity to comment before a decision is made.

Or perhaps the Postal Service didn’t actually follow the regulations.  That would not have been unusual.  The 2014 OIG report on post office relocations criticized the Postal Service for a lack of transparency in the process and for not following federal regulations with regard to notification of the community and gathering input.

It's also not clear what the Postal Service did to satisfy the requirements of Sections 106 and 110 of the National Historic Preservation Act.  According to the CBRE listing, the Saunders Station was to be sold with covenants to preserve "the building’s exterior architectural integrity," and an article about the sale in the Richmond Times-Dispatch says the building was in fact sold with covenants.

But as the ACHP report on historic post offices explains, there's a lot more to preserving historic federal property than protective covenants, and the covenants themselves can be inadequate.  The Saunders Station is not included in the report's list of post office for sale as of April 2014, which also indicates the covenant holders, so there are also questions about who the covenant holder is in this case.  In other instances, the Postal Service has designated itself as the covenant holder — a big red flag for the ACHP and the National Trust for Historic Preservation.  (There's more about these issues in an article I wrote for the NTHP blog, here.) 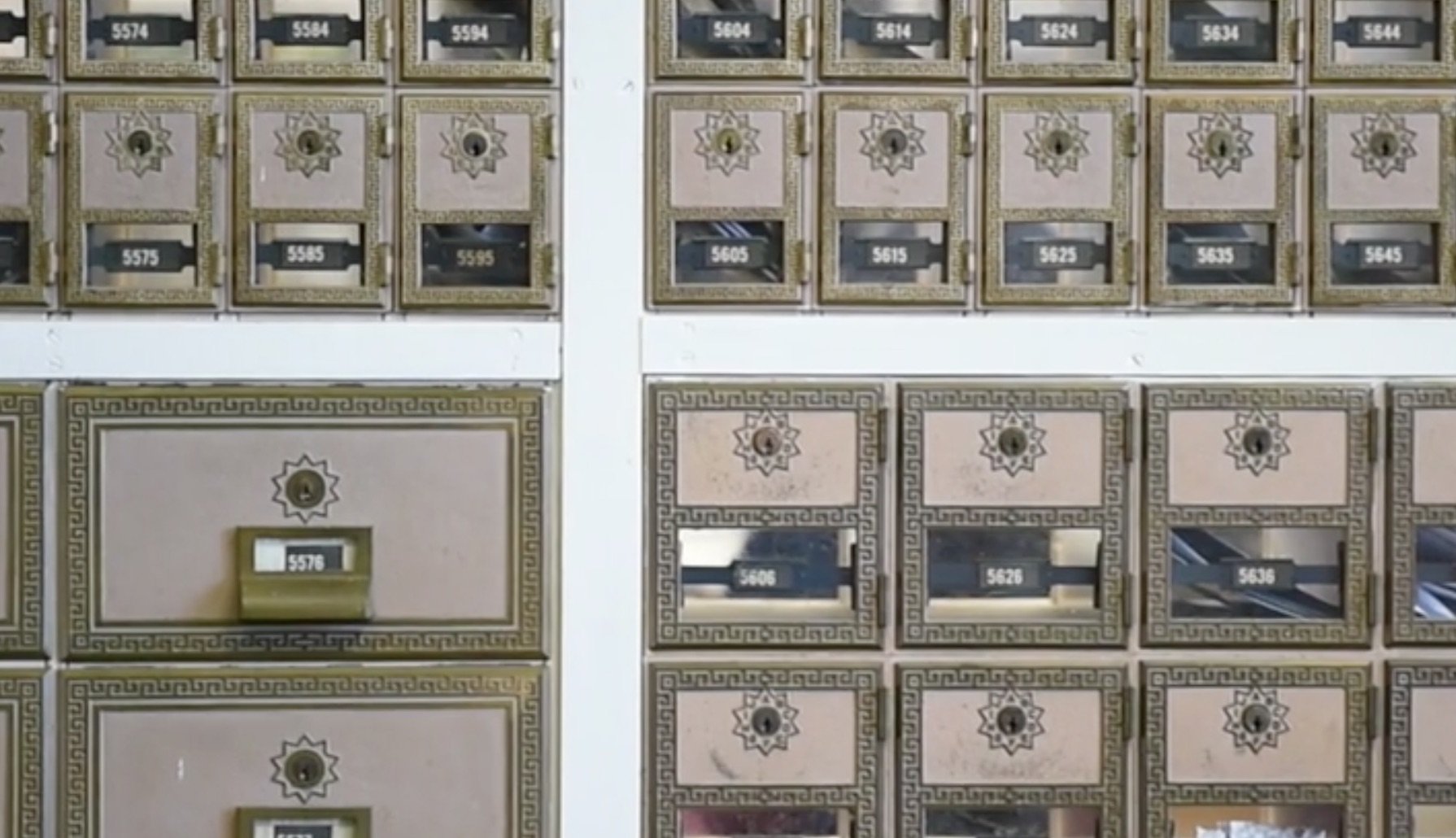 The new owners seem to appreciate the historic value of the building, anyway.

At the time it was built, the Saunders Station marked a westward expansion for Richmond, and Rock told BizSense that Mobelux hopes to re-energize the space. “We’re excited to own a piece of history,” Rock said.  He also says that the Art Deco post office boxes will be turned into some sort of art installation.

“It has a strong facade and it’s a little quirky, kind of like we are,” Rock told the Times-Dispatch. “We felt we could revitalize this building for a technology company….  Apart from being historically important, Saunders Station is situated in a part of the city that’s fast becoming a crossroads of technology and culture.  That’s a story that we want to help write.”

The Saunders Station is part of Richmond’s West Broad Street Commercial Historic District, which is listed on the National Register of Historic Places.  The nomination form describes the post office this way:

The building reflects a strong Neo-Classical influence. It is a good example of the "Stripped Classical" style favored in public building design during the 1930s and 1940s. The building has a three-part composition consisting of a central pavilion flanked by slightly projecting corner blocks.  A simplified engaged portico adorns the central block with a centered doorway topped by a "floating" pediment.  The building is finished in red brick with granite and sandstone decoration.

Rock says renovations will take a year, and it looks like Mobelux has a lot of work to do.  During the four years it was on the market, the Postal Service seems to have let the building fall into disrepair, as seen in a walk-through video posted on the Mobelux website.

Mobelux appears to be a pretty hip startup.  They've got a nice looking website, they recognize the historical value of the building, and while the property comes with parking, Rock says the company will be buying bicycles for employees to use to commute and go out for lunch.

Biking to work at a cool company in a historic building in a re-energized historic district.  Doesn't get much better than that.  It's the upside of privatizing public property.