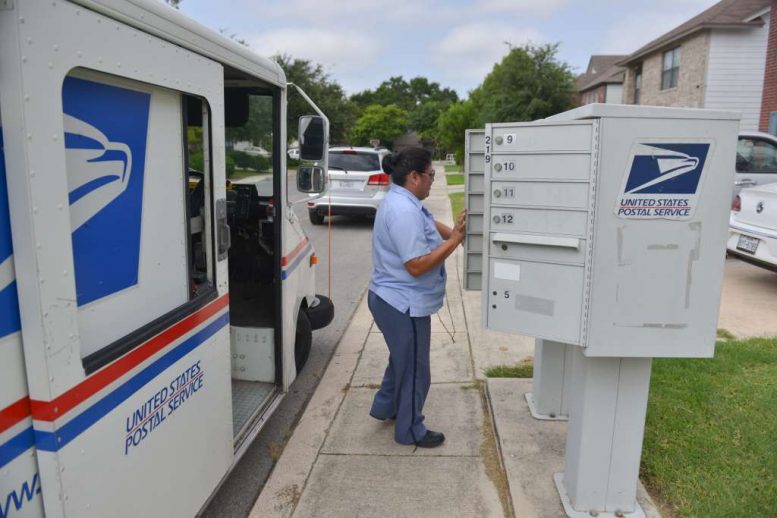 It’s not the first such step toward cluster boxes.  In April 2012, the Postal Service revised the POM to give itself more authority to determine the mode of delivery when adding new delivery points.  Further revisions were announced in October 2015.

Both the 2012 and 2015 revisions indicated that the Postal Service was pretty much requiring cluster boxes for new residential areas and businesses when feasible.   This week’s revisions to the POM go further in that direction.

According to the new version of the POM, centralized delivery is now “the preferred mode of delivery for all new residential and commercial developments.”  This point is emphasized by revising the title of section 631.242 to read: “Newly Established or Extended Centralized Delivery Points (Preferred Mode).”

This section goes on to state: “Centralized delivery is the preferred mode for new or extended business or residential delivery points, with very rare exceptions, as determined by the Postal Service in its sole discretion, on a case-by-case basis (see 631.1).” 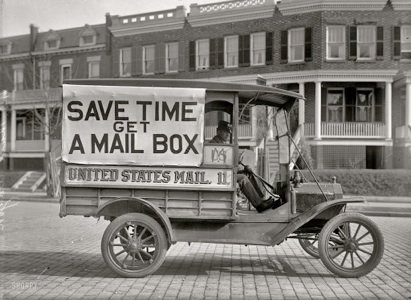 The previous version of the POM said nothing about a “preferred” mode of delivery, and it did not contain the phrase “with very rare exceptions, as determined by the Postal Service in its sole discretion, on a case-by-case basis.”

It also appears that the Postal Service will be limiting sidewalk and curbside delivery more than in the past. The previous version of the POM had stated, “Door delivery will generally not be available for new delivery points.”  But the new version says, “Curbside, sidewalk delivery, and door modes are generally not available for new delivery points, with very rare exceptions, as determined by the Postal Service in its sole discretion, on a case-by-case basis.”

The latest revisions of the POM are primarily about new residences and businesses.  For currently existing addresses, the policy remains as it was: The Postal Service will not change the mode of delivery without the customer’s permission.

While the Postal Service has been moving toward cluster boxes for a few years now, the overall picture of how the mail is delivered hasn’t changed very much.  Here are some numbers provided by the Postal Service to the Postal Regulatory Commission for 2017’s Annual Compliance review.  (A more detailed data set, including business delivery points, can be found on the PRC website here; data sets for 2012 through 2017 are on Google Drive here.)

(“Curbline” is delivery by vehicle to a mailbox on the curb; “sidewalk” is delivery by a carrier on foot; NDCBU means Neighborhood Delivery and Cluster Box Unit, usually set on a freestanding pedestal; “centralized” refers to the group mailboxes inside a multi-unit building, but in the POM, it also includes cluster boxes; and “Other,” as helpfully described by the Postal Service, includes “all delivery types which do not fit into one of the above delivery types.”)

As the table shows, even with the move toward cluster boxes for new addresses, there have been increases in all modes of delivery (except “other”).  It’s just that number of cluster boxes is growing at a faster rate than the other modes.

Also, given that about 97 percent of delivery points are currently existing and not subject to change without the customer’s permission, the revisions in postal policy don’t have a lot of impact overall. But we do see that cluster boxes, figured as a percent of total delivery points, have increased more than any other mode.

The only way that significant changes in the numbers overall will occur is if the Postal Service starts changing customers modes of delivery without their permission.

Canada Post tried that and it didn’t work out too well, and knowing how controversial cluster boxes can be, the Postal Service would probably prefer to find other ways to cut costs.  The Postal Service tries to put a positive spin on cluster boxes, saying that they’re safer than regular curbside boxes and they help foster a sense of community by providing a place where neighbors can get to know each other, but cluster boxes don’t have a lot of fans.

Big mailers may be reluctant to send mail to cluster boxes because it often goes unread.  As this OIG report found,  those who received their mail at the door “are less likely to throw their ad mail away than customers with curb or cluster box delivery.”  And having to go a block or two for the mail doesn’t exactly please customers used to getting it at the door or curb, especially those who move into new houses when they see neighbors in older houses getting curbside delivery.

The real motive for cluster boxes is obviously saving money.  (Just how much might be saved is examined in this USPS OIG audit report.) Because of these potential savings, several recent bills in Congress have pushed the Postal Service toward centralized delivery, in some cases authorizing the agency to convert your mode of delivery without your permission, and in a few cases, mandating a particular number of conversions per year.

Those bills, like all recent efforts at postal reform, have gone nowhere, but now that the President has formed a new task force to examine the Postal Service, who knows what comes next?

For more about modes of delivery, check out these previous posts.