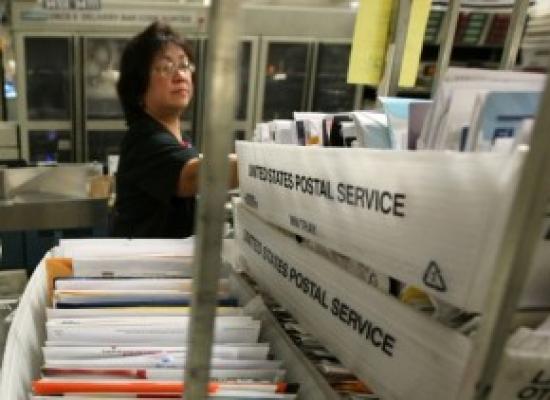 The Network Rationalization plan to consolidate some 260 mail processing plants may be running into problems.  Not all the plants were approved for consolidation, so this week the Postal Service submitted revised estimates to the Postal Regulatory Commission (PRC).

The total cost saving estimate has dropped from about $2.1 billion to $1.6 billion.  That’s about half of what the Postal Service originally told the media, and even that lower estimate is being challenged by the postal worker unions and other intervenors in the PRC’s Advisory Opinion process.

Also this week, the leaders of postal reform in the Senate sent a letter to Postmaster General Donahoe asking him to extend the moratorium on post office closings and plant consolidations, scheduled to end May 15, for as long as it takes for Congress to complete the legislative process.  That could be weeks, even months.  The Postal Service has already said that there would be no consolidations during the election and holidays, so if it doesn’t get started this summer, the consolidation plan might have to wait until the new year.

There’s also a new OIG report out this week that’s based on a focus-group study of users of First-Class mail.  The report concludes that the volume of First-Class mail will continue to drop over the coming years, but most mailers believe the declines will be slow and steady — unless something dramatic happens — like reducing service standards.  The report could fuel the argument that the Network Rationalization’s basic premise — relaxing service standards will make it possible to realize significant savings in operating costs — is fatally flawed because the potential for lost revenue is so great.

When the Postal Service initially presented its case for Network Rationalization, the list of potential consolidations included 264 facilities.  In the end, 35 consolidations were not approved, and six studies are ongoing, leaving a total of 223 approved consolidations.  (The updated list is here.)

Because the entire list wasn’t approved, the net savings of about two billion dollars turned out to be an overestimate.  So the intervenors in the PRC’s Advisory Opinion process asked the Postal Service to provide revised testimony reflecting the lower numbers.  This week the Postal Service did just that, and it looks like the net savings from consolidating the 223 facilities will be about $500 million less than initially projected.

The original estimate was determined by adding up the cost savings in various categories — maintenance, transportation, processing work hours, etc. — which came to $2.6 billion.  Since relaxing service standards will drive away business, the Postal Service contracted a market research to help estimate how much, and the research showed a revenue loss of $1.3 billion, which translates into a net “contribution” loss of $500 million (losses adjusted to reflect the cost of processing lower volumes).  So the total savings for the plan came to about $2.1 billion.

That’s about half of what the Postal Service originally told the news media when it began talking about Network Consolidation last fall, and what it is still saying on the USPS website, which says, “Faced with a massive nationwide infrastructure that is no longer financially sustainable, the U.S. Postal Service has proposed sweeping changes designed to save the organization up to $3 billion a year by cutting its network of processing facilities by over half and adjusting service standards.”

Even the new lower savings estimate of $1.6 billion is sure to be contested by the participants in the Advisory Opinion process.  As noted in an earlier blog post on the subject, the issue is not simply that fewer facilities were approved for consolidation but also that there are many other problems in how the cost savings and lost revenue were calculated.  As we learned from the phase-1 market research that the Postal Service wanted to keep secret, it’s very possible the contribution losses could hit $2 billion, which means the plan might not save anything at all.

Here’s a table summarizing the new data.  It shows a breakdown of how the Postal Service revised the cost savings estimate based on the lower number of approved consolidations, along with the impacts of potential revenue losses.  The numbers come from witness Bradley’s original testimony and his revised testimony.  A discussion of the two phases of the market research is here.

As the table shows, the Postal Service's savings estimate of $2.1 billion (using the entire list of consolidations and the phase-2 research) has already dropped by 25% because not all the consolidations were approved.  Using the list of approved consolidations and the phase-1 research produces a total savings of about $100 million —  basically a wash.  All this trouble, 35,000 jobs lost, over 200 communities harmed, and the reputation of the Postal Service damaged forever, and for what?  Less than a hundred million dollars?

Will the consolidations be postponed?

When he testified before the PRC on March 20, USPS VP David Williams told the Commission that he expected the Final Rule on the service standards to be published in mid-April.  That’s obviously been postponed, but for how long remains to be seen.

The Postmaster General is now facing pressure from the Senate to extend the moratorium on closing post offices and consolidating plants.  Senators Lieberman, Carper, Collins, and Brown have written the PMG saying that proceeding with the closures and consolidations “will unnecessarily degrade the infrastructure which is one of the Postal Service’s most important assets.”

The Senators write, “We therefore urge you to extend the current moratorium to delay the closure or consolidation of post offices and mail processing facilities that would be kept open were S.1789 to be enacted into law, while we work together with our House colleagues to enact comprehensive postal legislation as quickly as possible.”

Section 411 of S.1789 is entitled "Sense of the Senate," and it says much the same thing as the letter from the Senators .  This section of the bill reads, "It is the sense of the Senate that the Postal Service should not close or consolidate any postal facility (as defined in section 404(f) of title 39, United States Code, as added by this Act) or post office before the date of enactment of this Act."

On the other hand, there's another section of S.1789 that suggests some consolidations could move forward.  Section 201 states that for the next three years (after the bill is enacted) the Postal Service must maintain overnight service standards for First-Class mail and periodicals that “(i) originate and destinate in the same plant service area; and (ii) enter the mails before the critical entry time established and published by the Postal Service.”

The bill doesn’t say, however, whether or not that applies to the network as it is currently configured or as it would be configured after the consolidations.  Nor does the bill put any restrictions on changing critical entry times in a way that would maintain service standards in appearance while changing them in reality.

It’s possible that the Postal Service could maintain overnight standards for the mail that meets these criteria with some adjustments to its current Network Rationalization plan.  Unless, that is, the Senate means for Section 201 to apply to all the facilities currently in the network.  If so, that would mean the Postal Service could only close plants in the same way they have been closing them for the past few years — without impacting service standards.

How many plants that might be is an open question.  For its Advisory Opinion, the PRC commissioned two experts to look the Postal Service’s plans, and one of their key observations was that it would be possible to realign the processing network and close a considerable number of plants without reducing service standards.  In other words, a substantial amount of First-Class mail could still be delivered overnight, and a lot of plants could still be closed or consolidated.

So perhaps the Postal Service could get started on implements those consolidations that don’t require a change in service standards.  But that would mean acknowledging that the basic premise of the plan — eliminating overnight mail — is no longer fundamental to the consolidation plan.

As the clock ticks down toward May 15, the pressure on the Postmaster General will probably increase.  The Senate is pushing for a delay in closing post offices and processing plants, while the postal reform effort in the House — led by Darrell Issa — is clearly moving in the other direction: more closings and consolidations, and the sooner the better.  Then there’s all the pushback from the unions and the big mailers worried about the change in service standards.  That’s a lot to deal with.  Guess that's why the PMG gets paid the big bucks.