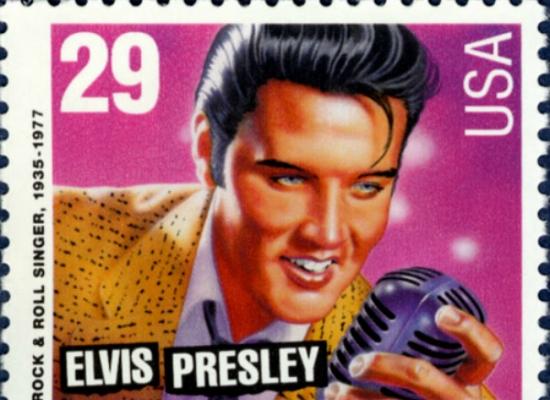 I gave a letter to the postman,
He put it his sack.
Bright and early next morning,
He brought my letter back.
She wrote upon it:
Return to sender, address unknown.
No such number, no such zone.
“Return to Sender”
Lyrics by Otis Blackwell, Winfield Scott

A couple of weeks ago, James E. Boasberg, U.S. District Judge for the District of Columbia, issued a decision on a dispute between the Postal Service and one of its customers, Southern California Edison (SCE), the utility company.  The case goes back to 2008 and involves a fine the Postal Service wanted to charge SCE for the cost of mail that was undeliverable-as-addressed (UAA).

Judge Boasberg seemed somewhat disturbed by the irrationality of some USPS policies, and he wasn't above a little ridicule (as noted by Dead Tree Edition).  At one point his ruling says that following certain USPS regulations would create an “absurd consequence” that would put customers into a “Kafkaesque situation.”  The judge also couldn't pass up the opportunity to quote the lyrics from "Return to Sender."

Even more irrational than the policies, however, was the huge bill the Postal Service sent SCE for UAA mail — $7.6 million.  SCE wouldn't pay, and the company had to take the Postal Service to court for relief.  Here's what happened.

During an eighteenth-month period in 2007 and 2008, SCE sent out 82 million pieces of First Class mail, mostly invoices.  Because SCE had the mail presorted, it was given a substantial workshare discount.

In May 2008, the Postal Service conducted a nationwide review of mail that was being returned as UAA.  It showed that a significant — but unspecified — number of mail pieces sent by SCE were UAA.

The Postal Service argued that SCE had not followed USPS procedures for verifying customer addresses, a requirement for discounted postal rates.  In particular, SCE was not following the Move Update standards, which require “periodic matching of a mailer’s address records with customer-filed change-of-address orders received and maintained by USPS.”

As explained in the court’s ruling, SCE would manually override Postal Service change-of-address information when “SCE had good reason to believe that the override would make the customer more likely to receive the mail.”

That may have seemed like a reasonable thing to do, but it violated USPS policies, and this, said Judge Boasberg, put customers in a Kafkaesque situation.

Because SCE fell short of the Move Update standards, the Postal Service wanted to hold SCE liable.  The Postal Service and SCE argued about the issue for years, and in 2014 the dispute went to court.  At issue in the legal case was whether SCE owed an assessment, and if so, how much it should be.

The controversial aspect of the case was that the Postal Service didn’t simply want remuneration for the extra expenses it had incurred dealing with SCE’s UAA mail.  Instead, the Postal Service wanted SCE to be liable for the difference between the discounted workshare rates and the regular non-discounted rates for all of the mailpieces sent at the reduced price — not just the portion that was UAA.

In other words, the Postal Service wanted to retroactively cancel the workshare discount  and charge SCE the full price for all of the mail it had sent at the workshare rate. 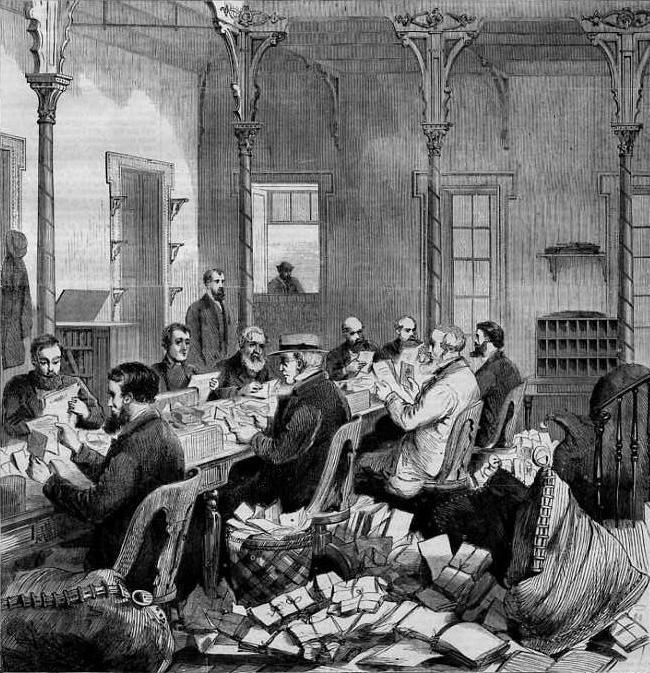 The court’s ruling doesn’t get into it, but the discounted rate was probably something like 33 cents per piece, 9 cents off the regular rate for single-piece First Class Mail at the time, bringing the total cost of the mailings to about $27 million.

Judge Boasberg’s ruling last week found that SCE should pay something for getting a discount while not fulfilling the Postal Service’s requirements for the discount, but he thought that the $7.6 million sought by the Postal Service was excessive.

The court therefore remanded the case back to the Postal Service “to "correctly determine a reasoned and reduced sum for the proper revenue-violation deficiency assessment."

The court observed that the Postal Service never identified the precise number of mail pieces that were in noncompliance, which didn’t help with its case.  But the court went ahead and did some figuring on its own to show just how off-base the $7.6 million fee was.

During an eighteen-month period in 2007 and 2008, SCE sent 82.4 million pieces of workshare-discounted First Class mail.  In the revenue-deficiency letter sent to SCE, the Postal Service cited “large volumes” of problem mail — “approximately 80 pieces per day of forwarding order expired mail” and “over 2,000 pieces per day of Undeliverable As Addressed (UAA) mail.”

Based on those numbers, the court estimated that the problems encompassed “at most roughly 1,179,000 mailpieces out of SCE’s total of 82,452,608 mailpieces sent at workshare rates during this period, or about 1.4%.”

Given that that such a small portion of the mail was UAA, Judge Boasberg had this to say:

"USPS's position appears to be that even if a mailer complies with 99 percent of the requirements and incurs substantial workshare expenses to bring its mail pieces into compliance, a single form of noncompliance — even accidental, even inconsequential — is sufficient to render a revenue-deficiency assessment for 100 percent of a mailer's discounted rates."

The judge went on to say that to "issue a revenue deficiency for the entirety of plaintiff's discounted-workshare rate for 18 months is so disproportionate that it can hardly qualify as reasoned decision-making."

As noted in a good summary of the ruling on the Courthouse News Service, the Postal Service had argued that the court could not remand the agency's final decision back to the USPS Pricing & Classification Service Center (PCSC) because it is not allowed to establish an unpublished rate surcharge without review by the Postal Regulatory Commission.

"This is too cute by half," wrote Judge Boasberg.  The PCSC, he said, can certainly come up a more reasonable assessment.

To get an idea of what a  "resonable assessment" might be, one need only look at some of the estimates offerred by SCE in its complaint. One of estimates goes like this:

SCE goes on to offer another estimate.  Noting that the cost of its manual overrides (the main violation identified by the Postal Service) involved only 5.5 percent of the UAA mail, "a more realistic damage estimate" would be approximately $42,313.  This is "barely one-half of one percent" of the revenue deficiency assessment.

The Postal Service's claim is also way out of line compared to its own polices for assessing surcharges.

As explained in a 2014 OIG report about UAA mail, the Postal Service has a policy established in 2010 — after the episode with SCE — that says if a mailer fails to meet a 70 percent address accuracy threshold as part of Move Update, the Postal Service assesses the mailer a 7-cent-per-piece surcharge on the portion of the mail that exceeds the 30 percent tolerance.  (That surcharge amount was established in 2008 based on the difference between the workshare discounted rates and single-piece FCM rates.)

Using this 7-cents-per-piece rate for all of SCE’s UAA mail (not just the amount beyond the tolerance threshold), the assessment would come to only $82,530 — about one percent of what the Postal Service had asked for.

Whatever figure the Postal Service comes up with on remand, it’s clear that SCE is not going to have to pay anything like $7.6 million, and it’s a wonder the Postal Service ever expected that to happen.  It was just wishful thinking.

The high cost of UAA mail

While the Postal Service will not get much of a fine out of SCE, the problem of UAA mail is significant, and the mailers are partly responsible.

According to the USPS OIG report on UAA mail, in fiscal year 2013 the Postal Service processed more than 158 billion mailpieces, of which almost 6.8 billion pieces — 4.3 percent — was UAA.  The Postal Service estimated that it cost $1.5 billion to process this UAA mail.

Here are a couple of charts from the OIG report showing the volume and costs of UAA mail.  (The forwarded and returned mail is First Class; the wasted mail is mostly Standard, which gets discarded.)

As the table shows, the amount of UAA mail was fairly consistent during 2011 through 2013.  However, since mail volumes have declined, the percentage of the mail that's UAA has gone up.  According to this table from the USPS website, the percentage of total mail volumes that was UAA increased from 4.17 percent in FY 2011 to 4.26 percent in FY 2014.

Given the volume and cost of UAA mail, the question arises, who pays for it?

It seems, then, that mailers who generate a lot of UAA mail often get away with it, which means that everyone else has to share in the costs.  As the 2015 OIG report states, the Postal Service could do more to "attribute costs directly to those who incur them."

In reply, the Postal Service officials told the OIG that establishing a system to track mail volume by mailer "has been, and will likely continue to be, cost-prohibitive."

A thorough report on UAA mail done in 2007 by Christensen Associates gives some indication about how much UAA mail occurs in the workshare system.

The numbers were comparable for FY 2014.  According to a table from the USPS website, of the 6.6 billion pieces of UAA mail, 550 million pieces were single-piece First Class, while 5.9 billion pieces (FC and Standard) were discounted at presorted or automation rates.

The law requires each class of mail to bear the direct and indirect costs attributable to that class, so presumably the costs of UAA mail are being allocated appropriately.  But the 2014 OIG report notes this: “UAA mail is not classified as a product or service; therefore, its costs are not directly measured in Postal Service costing systems or itemized in its annual Cost and Revenue Analysis (CRA) report.”

Considering that the Postal Service can't attribute UAA costs to those who incur them and doesn't measure the costs directly, one wonders if the Postal Regulatory Commission can fully consider the additional costs for UAA mail when it does compliance determination reviews on workshare discounts.  Perhaps more discounts would be found out of compliance.

All of which is not to say that mailers are happy that the Postal Service doesn't track their UAA mail more closely.  Far from it.

The costs for UAA mail aren't just incurred by the Postal Service.  According to the OIG, the mailers pay an even higher price — about $20 billion a year.  There are direct costs, like the printing and postage on mail that doesn't get to its destination, as well as indirect costs, like undeliverable invoices that slow down the cash flow.  Mailers have plenty of incentive to minimize their UAA mail besides having to pay a surcharge to the Postal Service.

The Postal Service and the mailers have been working on reducing UAA mail for a long time, but it's a persistent problem, and more needs to be done so less mail gets returned to sender.