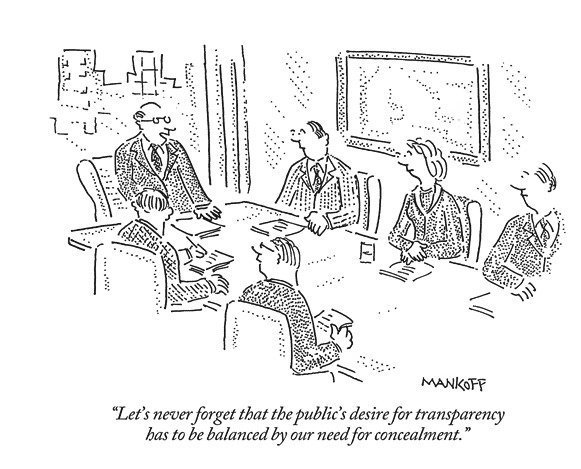 In 2004, the GAO issued a report about efforts to optimize the retail network, and it discusses reducing hours at post offices.  After noting that the Postal Service closed 440 post offices in 2003, the GAO says, “According to USPS, it has also adjusted hours at existing post offices from time to time to reflect customer demand.”

The GAO asked for details, but the Postal Service “could not provide information on the number of post offices where changes in hours occurred in fiscal year 2003.”

What we’ve got here is a failure to communicate

The GAO report goes on to explain how the Postal Service adjusts hours based on the number of transactions and customer visits.  The GAO then states, “USPS reported that its efforts to increase efficiencies in its retail area have resulted in a decrease of almost 5 million workhours from fiscal years 2002 to 2003.”

Given that this number appears at the end of a paragraph about reducing hours at post offices, one might get the impression that the 5 million workhours were eliminated thanks to these reductions.  But that’s probably not the case.  If the reduction in hours of operation averaged 4 hours a day per post office, 5 million hours would involve 4,800 post offices.

It’s not likely that the Postal Service reduced hours at nearly five thousand post offices in one year.  The 5 million workhours must include many other ways to reduce retail hours, like opening fewer windows in post offices where there are several and eliminating window clerk jobs. 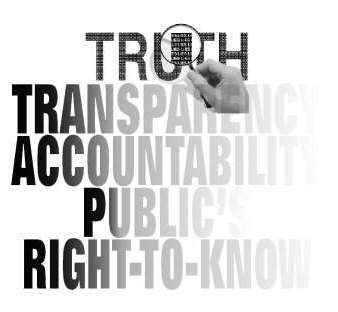 The GAO report thus offers no relevant information about cutting hours of operation at post offices.  It contains no details about how many post offices had their hours reduced, how many hours the average reduction was, or how the reductions impacted revenues, customers, and communities.  The Postal Service “could not” provide this information — or it would not.

Given the Postal Service’s inability or unwillingness to share information about its practice of reducing hours, it should come as no surprise that the 2004 GAO report is entitled “USPS Needs to Clearly Communicate How Postal Services May Be Affected by Its Retail Optimization Plans.”

The GAO’s main recommendation is that the “Postmaster General provide improved transparency and communication to Congress and other stakeholders through additional information related to its retail optimization initiative, including the criteria USPS will use to guide its decisions; USPS’s process for involving stakeholders; the impact on customers; and the time frames for implementation.”

As the report explains, “Stakeholders, who are a critical component of implementing successful changes, have raised concerns about potential changes to USPS’s network.  Specifically, as previously mentioned, stakeholders have been concerned about a perceived lack of communication throughout USPS’s decision-making process.  Examples include insufficient information regarding potential changes such as closing post offices or making adjustments to post office hours.”

Still no answers on revenue losses

The total number of operating hours for the POStPlan post offices will be reduced from about 35 million a year to 25 million (table here).  It’s obvious that cutting total hours by almost a third will have a serious impact on revenues.

The Postal Service says POStPlan will save $500 million a year, but it refuses to provide an estimate for lost revenues, has not commissioned market research on the question, and will not share any data about how revenues have been impacted at post offices where hours have been reduced in the past.

The POStPlan list has 1,550 post offices currently operating at 2, 4, or 6 hours a day (Level 51, 53, and 55).  Presumably at some point these post offices operated a full 8 hours a day.  How difficult would it be to look at the revenues at these offices to see how they declined when the hours were reduced, as well as checking the revenues at neighboring offices to see how much of this lost revenue may have been gained at other offices?

Asked by the PRC about potential revenue losses POStPlan might cause, the Postal Service said that it had “made efforts to estimate the POStPlan’s expected impact on revenue, but has been unable to identify or determine any accurate method for doing so.  This is true, at least in part, because the Postal Service has not reduced window service hours in this manner before and therefore has no empirical evidence on which to base such an estimate” (POIR 1-11).

Apparently the qualifying phrase “in this manner before” is necessary in order to make this statement true.  The Postal Service has definitely reduced service hours before — just not “in this manner” — and there should be no shortage of “empirical evidence” to make an estimate of lost revenue.

The Commission subsequently posed the question another way:  “From time-to-time, the Postal Service has changed the number of window hours at Postal Service retail facilities. Has the Postal Service measured the effect of such changes — whether the hours are increased or decreased — in terms of revenue, costs, community impact, and other effects?  Please provide a description of all such analyses, and an explanation of how these measurements were developed.”  The Postal Service replied that it had “not undertaken such analyses” (POIR 2-11).

What happened in Gwynedd 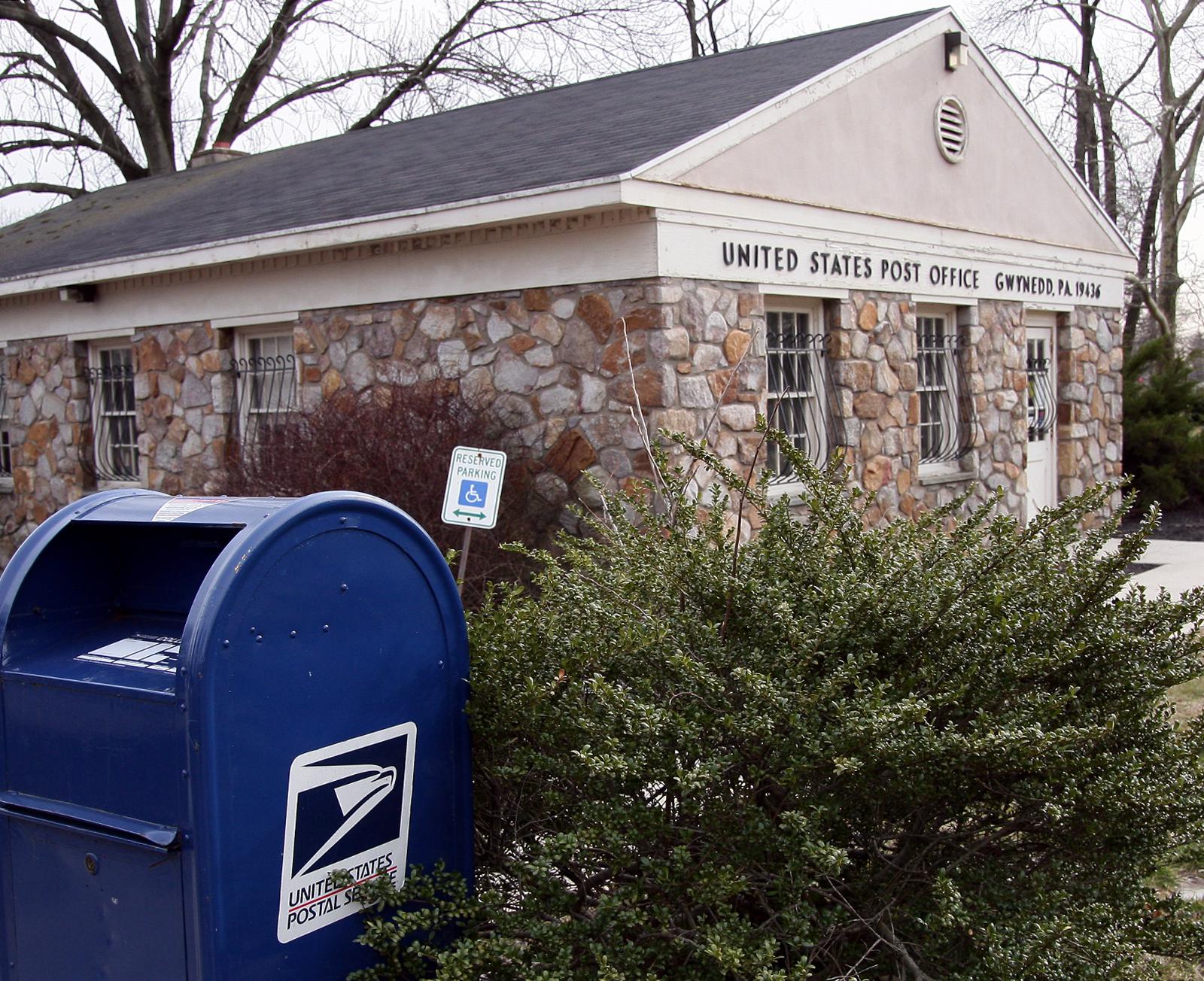 There’s at least one community where people know how reducing hours can affect revenues.  Last year the Postal Service closed the historic post office in Gwynedd, Pennsylvania.  At some point over the past few years, the hours at the office were reduced to 8 a.m. to 11 a.m., Monday through Friday; weekday afternoons and Saturday hours were eliminated.

In March 2011, the Postal Service held a meeting to discuss closing the post office.  It was standing-room-only.  When the USPS customer service analyst explained that one of the reasons for closing the Gwynedd post office was declining revenues, several attendees shouted back that of course there would be a decline in business when the hours were cut in half.  As resident Kelly Gerald told the Postal Service representative, “”It’s also been three years of you reducing the hours, reducing the services. You designed a system to make the post office fail.”

What happened in Gwynedd will happen many times over once POStPlan is fully implemented.  The Postal Service will cut the hours at your post office, then review revenues the following year, cite the inevitable decline as cause for reducing hours further, and eventually use the continuing declines as a reason for discontinuing the office completely.  The Postal Service has designed a system to make post offices fail.