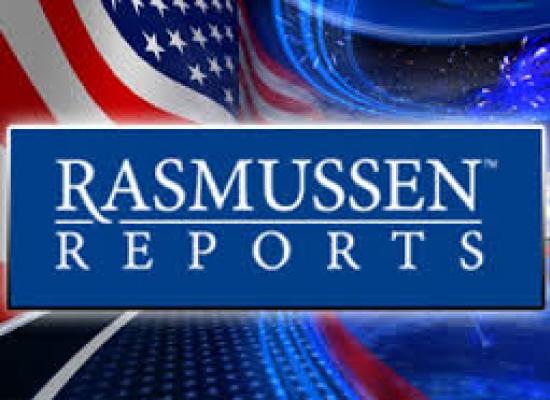 Rasmussen ended 2013 with some new polls that are interesting to look at — not for their results but the way the questions were asked and the results were reported.  One wonders if Rasmussen was actually trying to learn something about the country's attitudes or if it was using the polls to shape those attitudes.

In one poll, Rasmussen asked people how they felt about selling the Postal Service to a private company like FedEx or UPS.  The results were 48% oppose privatization; 35% favor it; and 17% were undecided.  That represented a slight change from 2011, when 40% favored privatization.

The problem, though, is not just how the survey results were reported.  The bigger problem is how the question was posed in the first place.  People weren't simply asked if they thought the Postal Service should be privatized.  Rasmussen put the question this way: “To reduce the federal budget deficit, should the U.S. government consider selling the Postal Service to a private company like UPS or Federal Express?”

Imagine, though, if Rasmussen had asked people, “Would you favor privatizing the Postal Service if it meant that its subsidies to the federal budget would come to an end and your taxes might go up?”

Rasmussen played this same game back in April of 2012 when it asked people the following question: “The Postal Service is considering cutting service from 6 days a week to 5 days a week as part of a plan to reduce operating losses. If it does not reduce costs, the federal government will have to provide additional financial support. Which would you prefer — cutting mail service to 5 days a week or having the federal government provide subsidies to cover ongoing losses?”

It’s no surprise that 75% preferred having the days of delivery reduced.  The problem, of course, is the federal government doesn’t provide any financial support for the Postal Service, so asking people how they feel about additional support is rather misleading, to say the least.  The headline of the Rasmussen press release compounded the error: “Most Prefer Cutting Mail Delivery to More Subsidies for the Postal Service.”  More subsidies?

The Rasmussen poll conducted this past week also asked if people were using the Postal Service as much as they used to.  As the headline proclaims, "25% Used Postal Service Less This Holiday Season."  That’s a little surprising, considering how the parcel delivery business is skyrocketing thanks to e-commerce.  When it releases its financial report for December in a few weeks, the Postal Service will probably publish numbers that tell a different story.

Anyway, despite all the problems with the Rasmussen polling, it’s interesting to take a look at another new poll it conducted on how people are feeling about the state of the economy.  It turns out that 48% think the U.S. is currently in economic recession.  It’s hard to know whether to trust this anymore than the postal polls, but it’s a significant number to consider in the context of the recent PRC ruling on the exigent rate case.

When the Postal Service submitted its request for an exigent rate increase of 4.3 percent, it argued that the Great Recession was so significant that even though it may have officially ended in October 2009, its effects would be felt for many years to come, perhaps decades, and the impact on mail volumes has been and will continue to be profound.  The Postal Regulatory Commission ruled nonetheless that the increase should be imposed for only eighteen months, and part of the justification was that the recession had ended four years ago, so the Postal Service needed to adjust to the “new normal.”

In any case, one shouldn't make much out of anything Rasmussen puts out.  On the eve of the 2012 presidential election, Rasmussen gave Romney Ohio, Florida, Virginia, Colorado, and New Hampshire, all of which went to Obama.  When Nate Silver’s Five-Thirty-Eight blog in the New York Times rated all the pollsters on the election, he found that Rasmussen got “notably poor results” because of its large bias toward Republicans.  When a professor at Fordham ranked 28 pollsters for the accuracy in predicting the results, Rasmussen came in #24, tied with Gallup.