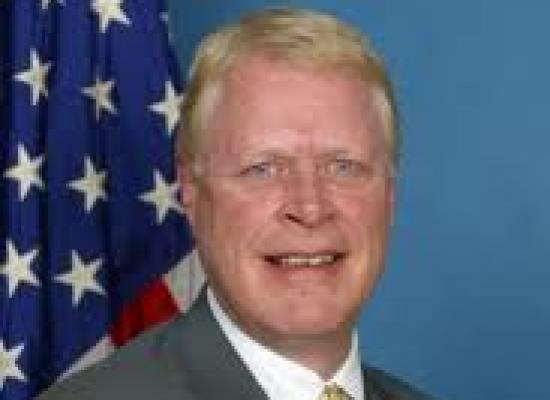 Tomorrow the Senate’s Committee on Homeland Security and Governmental Affairs will hold a hearing on the nomination of Tony Hammond as a Commissioner on the Postal Regulatory Commission (PRC).  The senators are likely to use the opportunity not only to explore Hammond’s positions on a number of key issues but also to express their own views, as Senators are wont to do.  If they can overcome their penchant for posturing and stay focused on the issues, perhaps the committee will pose some tough questions and have a serious conversation with Hammond about the future of the Postal Service.

(The hearing is broadcasted here.)

For several months now, the PRC has been functioning with four of the five commissioners it’s supposed to have.  In December, President Obama nominated Hammond to fill the fifth spot.  It’s a short appointment to finish out the term of Commissioner Dan Blair, running just until November 2012.  But the appointment comes at a critical moment in postal history, and if confirmed — as surely he will be — Hammond would be the obvious choice for a regular four-year appointment later in the year.

The law says that no more than three commissioners can belong to the same political party.  There are currently two Democrats (Ruth Goldway and Nanci Langley) and two Republicans (Mark Acton and Robert Taub).  Hammond is a Republican.

It’s not exactly clear why Obama nominated Hammond.  Perhaps he did not want to use the political capital that might have been required to get a more controversial Democratic candidate though a Senate confirmation.  Or there may be some Washington custom at work, in which the political parties take turns choosing commissioners, so Obama chose Taub (but why?) and now the Republicans get to choose Hammond.  Who knows what the President was thinking?

In any case, Mr. Hammond is definitely a partisan.  From 1989 to 1994, he was the director of the Missouri Republican Party, and in 198 he was Director of Campaign Operations for the Republican National Committee.  Hammond was involved with postal matters during the ten years he served on Capitol Hill on the staff of Southwest Missouri Congressman Gene Taylor, a Republican and the Ranking Member of the Post Office and Civil Service Committee.

Hammond also has a perspective on postal matters that was shaped by his experiences as the Vice President of a direct marketing business.  He probably has a particularly sympathetic understanding of issues facing direct marketers and the big stakeholders.

Hammond has served previously on the PRC, from 2002 to 2010, twice as its Vice-Chairman.  He certainly knows the issues and should be well prepared for the questions tomorrow.

What will Hammond be asked?  Here are some suggestions:

The meaning of the USO: How do you define and interpret the “universal service obligation”?  Do you feel that the USO needs to be “relaxed” so that the Postal Service can adapt to the changing environment, i.e, its financial situation and the prospect of declining mail volumes?

The role of the PRC: Do you think the PRC has sufficient powers to review and regulate the Postal Service?  Or do you think it has too much power?  What do you think are the main roles that the PRC should play?  Should postal reform legislation revisit the role and authority of the PRC as defined in the PAEA? 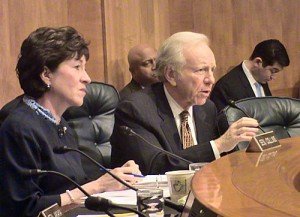 Causes of the deficit: The Postal Service typically cites three main causes for its financial crisis: the Internet, the recession, and the pre-payments to the retiree health care fund.  Would you care to quantify the relative impact of each of these three causes on the postal deficit? How do you reconcile the Postal Service’s repeated claims that the Internet is the main cause of the deficit with its argument in the case for an exigent rate increase that two-thirds to 97% of the revenue loss during 2008-2009 was due to the recession?

The rate system: What is your view of the current rate system?  Do you think the Postal Service needs more flexibility and authority to set rates?  Do you think the PRC should continue to play a strong role in approving rate increases and issuing compliance reports, or do you find the current system too slow and cumbersome?  What might be done to make the rate system more efficient, simpler, and fairer?  As a matter of public policy, are preferential rates for non-profits, media, periodicals, and newspapers warranted?  If so, how does that square with the mandate to maintain class integrity?  What do you think of the Postal Service's plan to raise First-Class postage 11% to 50 cents, while increasing standard mail at a much lower rate?

Closing post offices: You're from Weaubleau, Missouri, a small rural town.  There's still a post office in Weaubleau, and it's not on any closing list, but how would you feel if you learned they were closing the Weaubleau post office?  What is your view of the importance of the post office in a community?  Would people be just as well served by alternate access points in Wal-marts, pharmacies, and supermarkets?  Since you have a background in direct marketing, do you agree with the Direct Marketing Association (DMA) and Valpak when they argue that it would be much less costly for the Postal Service to bring in revenues at these alternate access locations rather than at post offices?  Do you think the big mailers are in effect subsidizing post offices?  Do you think there should be service standards in the law that limit post office closings based on considerations like distance to another post office and socio-economic demographics?  What do you think of the Postmaster General’s plan to close 15,000 post offices over the next five years?

The RAOI Advisory Opinion: What are your views of the PRC Advisory Opinion on the Retail Access Optimization Initiative (RAOI) plan to close 3,652 post offices?  Specifically, what do think about its conclusions that the plan would not “optimize” the postal network, that closing small rural post offices would not save as much money as the Postal Service claimed (in either case, a very small amount), that the Postal Service had not done an adequate job with its cost-saving analysis, that the Postal Service had not done enough to ensure meaningful public participation in the closing process, and that closing post offices would have a disparate impact on vulnerable populations?

Network Rationalization: The PRC is currently engaged in an Advisory Opinion on consolidating 240 plants and relaxing service standards for First-Class mail.  If confirmed, you will probably play a role in that process, since it will be going on until August or September.  What do you think about the plan?  Are you concerned that relaxing service standards will do more harm than good?  Do you think the PRC's schedule is too slow and should, as the Postal Service requested, be accelerated? What do you think about the possibility that the Postal Service will start closing and consolidating plants in May and June, well before the Advisory Opinion is issued (probably in September)?

Outsourcing and pre-sorting: The Postal Service outsources over $12 billion a year to its suppliers and gives large discounts to pre-sort companies.  Do you think it’s appropriate for the Postal Service to do so much outsourcing and give these discounts, and then say there’s not enough work for postal workers so 155,000 full-time positions must be eliminated?

PRC Travel: What do you think about the controversy over Chairman Goldway’s travels?  Do you think there’s a real issue there?  Do you agree with Congressman Gerald Connolly's view that PRC travel has played an important role in postal innovation?  To what extent should the PRC participate in international postal affairs, and how do you interpret the PAEA on that question?  How important is it for the US to have a presence at international conferences and travel abroad to learn about foreign postal systems?