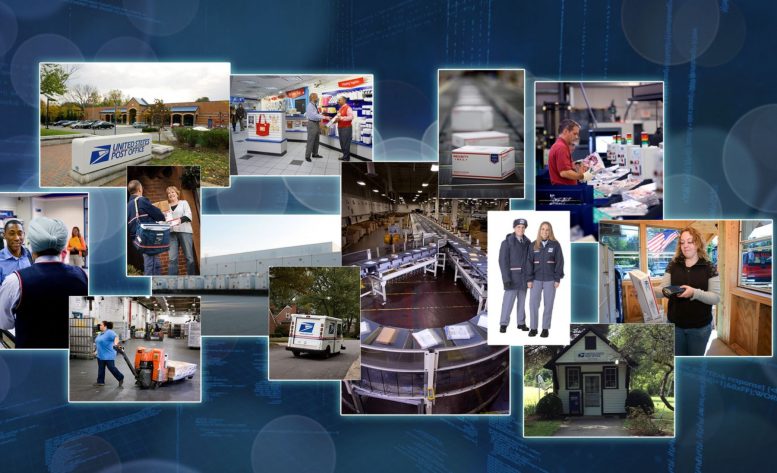 It is said the Postal Service is mired in debt, that it is unsustainable, a burden to the American people. This is the position of the current postmaster general, supported by the board of governors who hired him and by a treasury secretary who seems to be the chief architect of the current assault on a cherished national institution, goaded by a president who cares little for governing or the public welfare.

These claims are a lie, one that has been pushed repeatedly for at least fifty years by those who would steal an American asset and convert its public benefits into private profits.

If the Postal Service has large unfunded liabilities, it is as much because they have been defined as such by those who seek to look at this most American of institutions in a way that lays the most burdens upon its shoulders. The truth is that the Postal Service has incurred its liabilities in the service of a greater and necessary good. Far from being onerous and intractable, they are evidence of a skewed perspective, a perspective bent on being intentionally blind in furtherance of an ideology that denigrates and denies the validity and necessity of government.

If one begins with the premise that government is only a creator of debt, then the normative assumptions underlying the accounting systems designed to measure government will be weighted towards finding liability not value.

The Postal Service has employed as many as 800,000 Americans gainfully in jobs that paid living wage and  provided life-sustaining healthcare and secure retirements. These benefits rebound and reverberate through local economies, spreading both wealth and security. They have lifted many whose options were otherwise limited into productive middle-class lives while bringing communities together. And this has been done in the service of a noble and useful purpose, creating an essential infrastructure whose uses are limited only by a failure of imagination and political will.

As the USPS OIG observes in its report on The Postal Service’s Role as Infrastructure, “For much of its first 200 years, the Post Office not only carried mail but also was deliberately used by the government to bind together and develop the nation. It promoted transportation innovations, extended post roads, and subsidized passenger transportation on stagecoaches and railroads.”

This infrastructure is not indestructable, however.  As the OIG warns, “Once the existing Postal Service infrastructure is disassembled, it would likely be prohibitive to restore it as it is today. Only an agile and adaptive infrastructure will be able to maintain self-sufficiency and serve the nation effectively.”

Ideologies that embrace perverse interpretations of efficiency that serve to consolidate wealth and economic benefit in the hands of a few are built on a cruel deception. They further a false narrative designed to narrow opportunity and confine benefit to those who already possess power and privilege.

Those who see only the potential for reduction in costs of doing business reduce human potential, productivity, and flourishing to a zero sum equation. Their vision is a selfish one that sacrifices human and social benefit to individual profit, turning life into a false dichotomy of makers and takers that denies the fundamental human quality of contribution to community that all of us can make – something our Constitution calls “the public welfare.”

It has been claimed that the Postal Service has losses of billions of dollars but that is largely because the powerful interests who design the methods by which we count and measure worth hate the concept of public benefit.

Instead let us acknowledge the value inherent in a public infrastructure that binds the nation together bringing every home and business into a network that furthers economic and social profit while promoting national security.

Let us acknowledge the public benefits of universal service.

Let us acknowledge the benefits of preferential rates for newspapers and non-profits and the intercourse and discourse that enhance public interaction, discussion and participation.

Let us acknowledge the potential and myriad uses that are inherent in a magnificent network infrastructure.

The Postal Service and the postal network have been under attack for generations by those who see only their bottom lines as important. The crisis has been ongoing but recent events have made it inescapable. Their talk of losses and liabilities tells half the story in a self-serving way.

Now while this attack on a beloved and essential institution is front and center and beyond denial, let us tell the whole story and account for the assets of the network in an honest way. Let us talk of the economic, human and civic benefits that a truly public postal network encompasses.

Instead of confining this essential public asset into a narrow box of liabilities and demanding it fulfill a narrow myopic idea of being self-sustaining, let us seize this opportunity to define a people’s post office that sustains our ideals and communities with service, potential, and employment.

Now in this dark hour when the cynics and scions of the new gilded age would seek to destroy a public asset, let us demand real postal reform that preserves and expands a sacred national institution that can benefit generations to come.

Mark Jamison is a retired postmaster who serves as an advisor and regular contributor to Save the Post Office.  He can be contacted at [email protected]  His posts can be found in a digital book here.