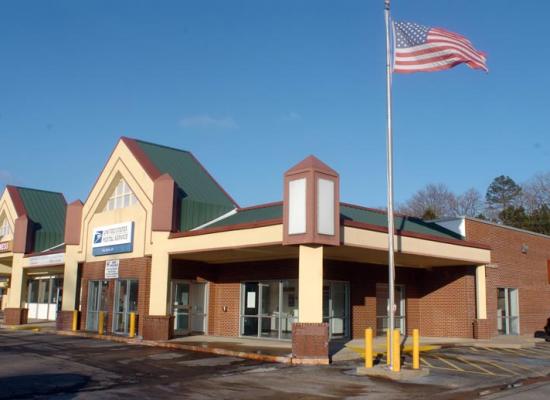 In what may be an indication of growing concern over closing post offices, the Chairman of the Postal Regulatory Commission, Ruth Goldway, issued two dissenting opinions in as many days this week.  The first expressed her reluctance to allow a post office in New Jersey to be closed while the decision to close was under appeal, and the second focused on “material flaws” in the Postal Service’s decision-making process in closing a post office in Arkansas.

With the PRC about to begin a review of the Postal Service's plan to close thousands of post offices, these two cases may provide some insight into how the Postal Service will defend its plan and what the PRC's Advisory Opinion may say.

One issue in these rulings involves a long-standing debate over the status of "stations" when it comes to Title 39 section 404(d), which describes the process for closing a post office.  It's a lengthy process—about nine months—and it permits an appeal to the PRC.  The Postal Service maintains that this section of the law does not apply to stations and branches, while the PRC says it does.  That issue may soon become moot because the Postal Service has apparently agreed to use uniform procedures for stations, branches, and post offices in the new procedures published last week in the Federal Register.  In any case, the issue did come up in both of these decisions, even though it does not appear to have been at stake in the rulings.

On Tuesday (July 19), the PRC denied a request on behalf of the Lafayette Postal Facility in Freehold, New Jersey, to “suspend” (i.e., postpone) closing the post office while the closure decision is under appeal.   This post office is located in downtown Freehold Borough in a trailer in a parking lot a few blocks from the old post office, abandoned by the USPS years ago.  (The PRC decision is here, and you can read my “boss” blog post about the Freehold post office from a few weeks ago, here.)

The Postal Service argued that it had gone through a more thorough review process than it needed to for a station, and it stated that there are alternative access to retail postal services for affected customers—postponing the closure may even disrupt those alternatives.  The PRC concurred and rejected the request to keep the post office open while the appeal was being considered.

Goldway’s dissent stated that while on prior occasions, she had “reluctantly” concurred in denying applications for suspensions, in this case she was taking a different view.  She pointed to the Postal Service’s recently adopted new rules, which employ uniform procedures for closing stations, branches, and main post offices.  “The public and the Postal Service will be better served if affected offices are not closed until completion of the ongoing review process,” wrote Goldway.  “Particularly in light of the new rules, the Commission will accelerate its efforts to review post office appeals expeditiously. Given the procedural requirements of section 404(d), maintaining operations at a retail facility pending disposition of an appeal will not materially increase Postal Service costs and, in the long run, will avoid unnecessary expenses and public confusion about the process.”

Now that the petition to suspend closure has been denied, the Freehold post office will close on Friday next week (July 29).

On Wednesday (July 20), the PRC turned down an appeal that might have saved the Rogers Avenue Station in Fort Smith.  The PRC's ruling denied a request to return the case to the Postal Service for further evaluation, thus sealing the fate of the post office.  Rogers Avenue Station is one of several post offices in Fort Smith, Arkansas.  It’s located in Park Plaza strip mall, facing Creekmore Park.  The Postal Service has been renting the space since 1998, for an annual rent of $53,401, and there are two more years left on the lease.  The post office was closed on March 26, 2011.  (The PRC decision is here.)

In closing the Rogers Avenue post office, the Postal Service argued that “even if the requirements of section 404(d) were applied in the context of the discontinuance of the Rogers Avenue Station, it had satisfied the salient statutory provisions.”  It had considered all the relevant criteria, including the effect on postal services, the community, and employees, and the economic savings gained from closing the post office for the Postal Service.

The appeal also argued that “the Postal Service failed to consider the true impact the closing would have on the community.”  The Public Representative bluntly criticized the Postal Service for failing “to elicit the most basic facts about the community it purports to be examining for purposes of determining the effect of the closure of the Rogers Avenue Station.”

At the same time, the Commissioners noted that the “Postal Service decisions to close retail facilities and realign its retail network must be considered in the context of its dire financial circumstances. In making its determinations to close a retail facility, it is critical for the Postal Service to demonstrate that it will continue to provide effective and regular postal services to all affected customers. This does not require that the Postal Service satisfy all customer demands.”

Chairman Goldway dissented form the majority, arguing that the “material flaws” in the case (the errors about population, etc.) justified sending the case back to the Postal Service for further consideration.  The Chairman also found it difficult to understand why the Postal Service would want to close a facility in a place where the population was actually increasing (by 7.4% from 2000 to 2010) and why it was exiting the facility two years prior to the end of its lease, which will cost the Postal Service $273,000.

While it’s too soon to speculate about the implications of these decisions and Goldway’s dissents, they may signal rough waters ahead as the PRC begins the process for its Advisory Opinion on the closing of thousands of post offices nationwide.